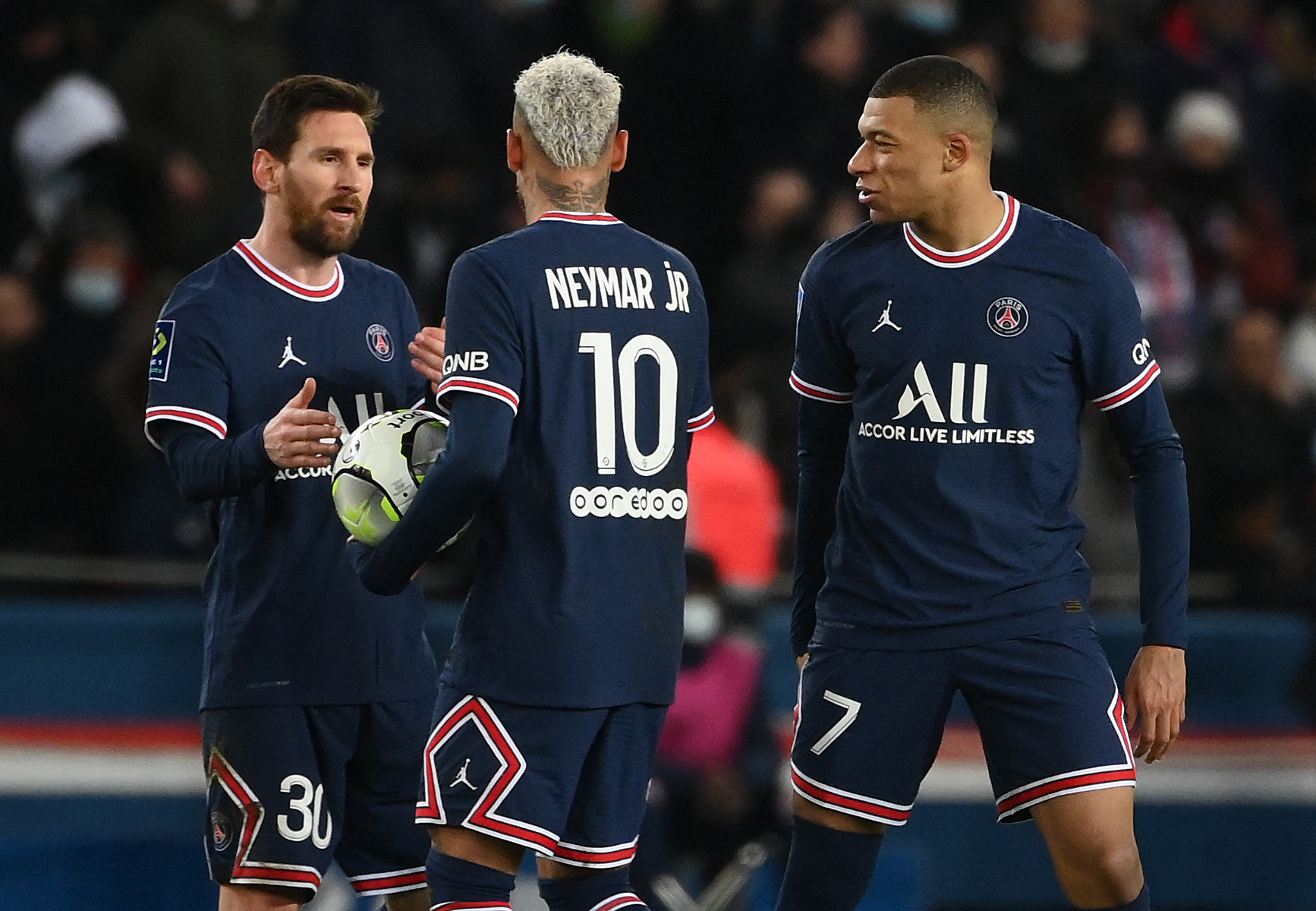 Paris Saint-Germain recovered from their Nantes setback with a comfortable 3-1 win over St Etienne in Ligue 1 on Saturday, with Kylian Mbappe and Lionel Messi producing impressive displays.

Mbappe scored a sensational brace to extend his tally to 14 goals this season, thus becoming the joint-highest scorer in Ligue 1 with Wissam Ben Yedder.

Messi set up both of Mbappe’s goals, which moved him to the top of Ligue 1’s assists charts with ten.

The Argentine talisman has been the subject of scrutiny following his slow start to life in Ligue 1, especially after his sub-par performances against Real Madrid and Nantes.

Although the seven-time Ballon d’Or winner has failed to replicate his excellent Barcelona form at PSG, his playmaking ability remains intact.

Messi has racked up a total of seven goals and ten assists for PSG, which isn’t bad at all.

The 34-year-old provided a hat-trick of assists against St Etienne in the reverse fixture, and he was in good form yesterday.

The first assist was a pinpoint through ball to Mbappe, who was waiting to make a diagonal run from the last line of defence.

The second one was a work of art as Messi dribbled past two defenders before teeing up the French World Cup winner.

The Argentine will be hoping for a similar kind of display when PSG travel to Santiago Bernabeu for the second leg of the Champions League round of 16 in less than two weeks.