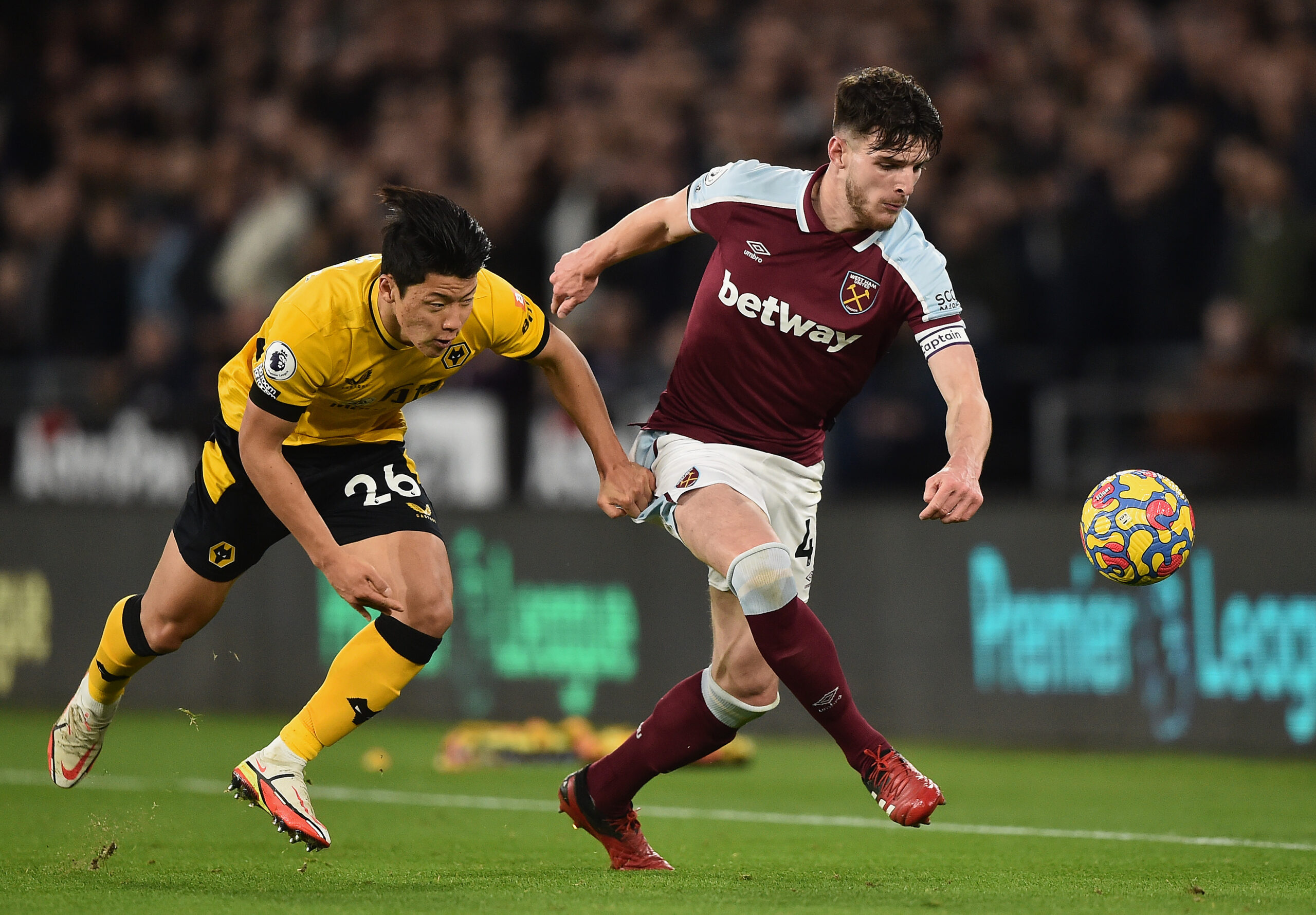 West Ham United and Wolverhampton Wanderers are set to square off at the London Stadium, with a European finish on the line for each side.

David Moyes’ men have relinquished a coveted fourth-place on the back of a poor run of form, having won just one of their last five Premier League matches (D2, L2).

A four-point gap on Manchester United looks bridgeable as the Hammers gear up for a must-win fixture against seventh-placed Wolves, beaten by Arsenal in midweek action.

West Ham have drawn their last two Premier League games despite taking the lead on each occasion, including an uneventful 1-1 home draw with Newcastle United in the previous round.

The Irons’ three-game form at the London Stadium reads indifferently (W1, D1, L1), with Moyes’ side conceding at least once before half-time twice in that period.

Moyes’ attacking approach has seen 17 of West Ham’s 26 Premier League fixtures this season produce goals on both ends, a feat currently off the charts in England’s top-flight.

But high scoring may not necessarily be a theme here, given that none of the Hammers’ last four Premier League home meetings with Wolves have seen both teams scoring.

With both sides racking up two wins apiece in that four-game sequence, this encounter could go either way, which promises a treat for neutrals.

Wolves turned a 1-0 half-time lead into a 2-1 defeat away to Arsenal earlier this week, extending their Premier League run without a draw to seven matches (W5, L2).

Their reverse at the Emirates Stadium ensured their top-flight record in the nation’s capital stay perfectly balanced (W2, L2), with each match won/lost in that period seeing the victor score precisely two goals.

However, Bruno Lage can draw confidence from his team’s stellar away form as the Wanderers had won four consecutive Premier League fixtures on the road before faltering at Arsenal.

Wolves’ ability to keep their away games competitive has seen six of their last seven league outings on the hostile ground feature a full-time margin of one or fewer goals.

Per Moyes’ press conference on Friday, Andriy Yarmolenko has been given time off due to the ongoing Ukrainian crisis (via Marca).

In addition to the ex-Dynamo Kyiv forward, Vladimir Coufal, Angelo Ogbonna and Arthur Masuaku are all injured.

Wolves’ right-back Nelson Semedo could be facing a lengthy spell on the sidelines after sustaining a thigh injury against Arsenal.

Utility man Fernando Marcal could slot in for the Portuguese ace, while Pedro Neto remains in contention for making his first Premier League start this season.

Given the importance of this fixture for both sides, we predict a cagey, low-scoring affair to be on display at the London Stadium.

With Wolves likely to try and keep things tight at the back and West Ham not enjoying the best scoring form at the moment, one goal could decide this fixture.