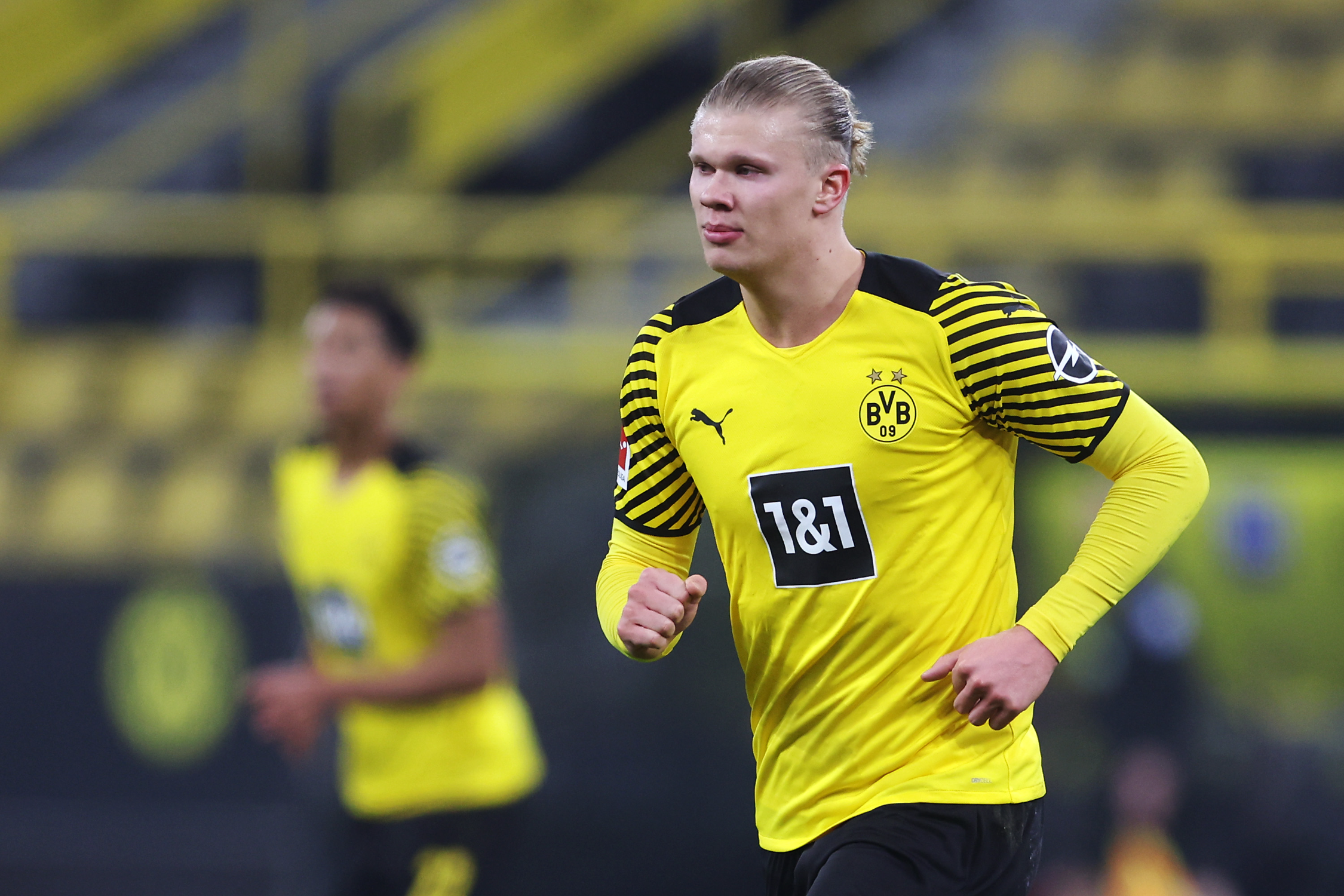 Haaland continues to be a dream target for the Catalan giants, with his £68 million release clause set to become active this summer.

However, the Dortmund striker could trigger a transfer war in the summer as Real Madrid, Manchester City, Manchester United, Bayern Munich and Paris-Saint Germain are vying for his signature.

Laporta hopes to take advantage of his healthy relationship with Raiola and persuade Haaland to Camp Nou.

The Catalan giants are keeping tabs on Mazraoui, whose contract at Ajax runs out this summer.

The Moroccan right-back is an integral part of Erik ten Hag’s side, who have been dominant in the Eredivisie and Champions League this season.

Barca previously signed Sergino Dest from Ajax, but he has struggled for consistency at Camp Nou.

The Blaugrana are impressed with Mazraoui’s performances and want to sign him on a free transfer this summer.

The Moroccan international recently starred in Ajax’s 2-2 draw against Benfica in the UCL round of 16, in which he also provided an assist for Dusan Tadics’ goal.

As for Haaland, Barca believe they can enhance their financial resources before the summer for his signing.