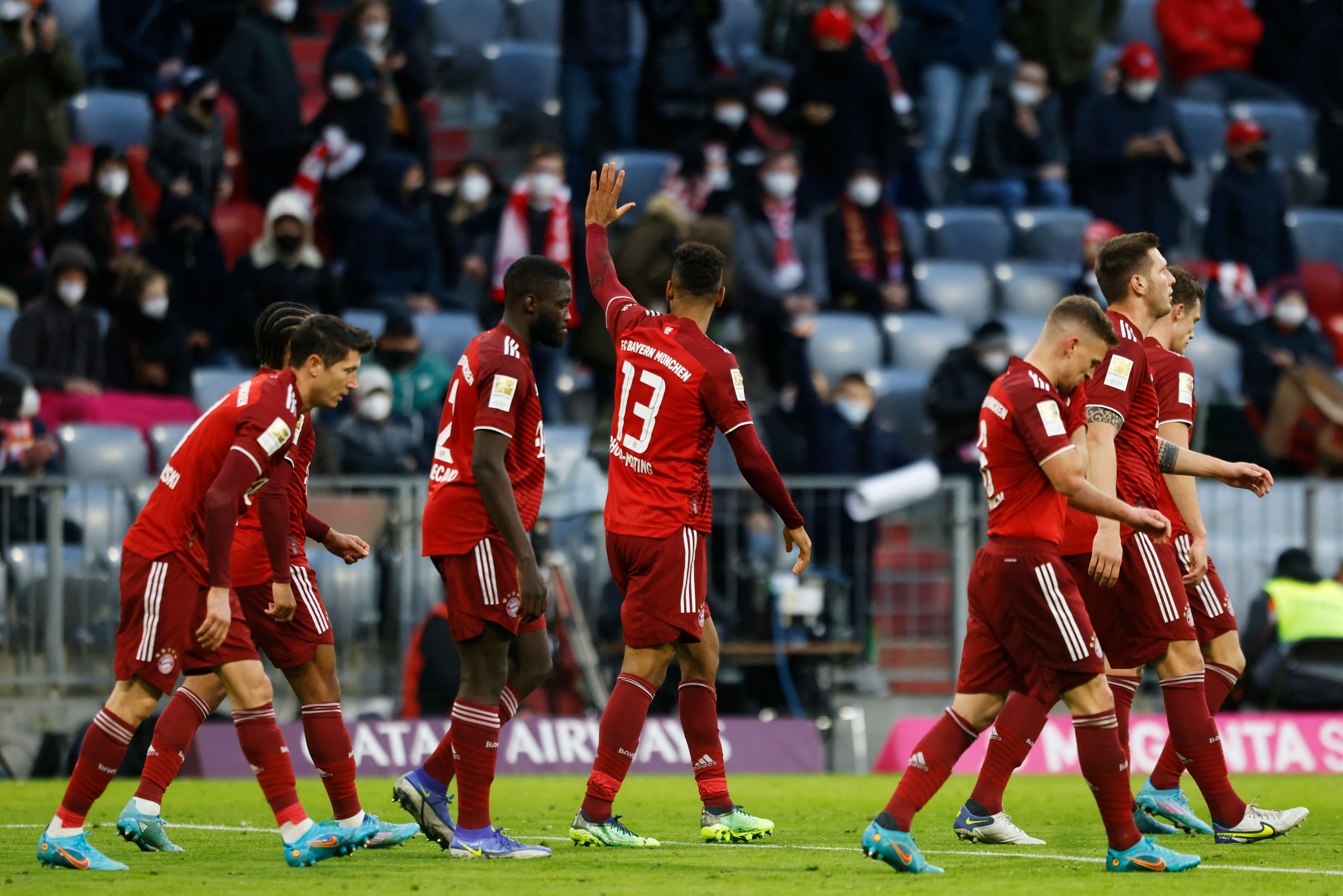 Bundesliga leaders Bayern Munich face Eintracht Frankfurt away from home in an exciting encounter on Saturday.

The Bavarians ended their two-match winless run with a thumping comeback victory over Greuther Furth, which helped them go six points clear at the top of the table.

Frankfurt have suffered two consecutive defeats in Bundesliga, and they have a point to prove against the reigning champions.

Frankfurt have endured a fluctuating campaign and are currently 10th in the league table.

Their momentum has taken a hit after suffering back to back defeats against Wolfsburg and FC Koln.

Only six points off the European places, the Eagles will be desperate to return to winning ways when they host Bayern.

They got the better of the Bavarians in the reverse fixture and will be keen to secure a league double.

Rafael Santos Borre has been impressive for the Eagles this season, racking up six goals and five assists in the league.

However, the Colombian forward has been quiet in recent weeks, and he needs to step up for the home side against Bayern.

Bayern’s woes seemed to continue when they conceded a goal against Furth last week.

However, Robert Lewandowski led the Bavarians to a 4-1 comeback win with a brace in the second half, which also saw him extend his tally to 28 goals this season.

After suffering a shock defeat against VFL Bochum and a draw against Salzburg, Bayern got back on their feet with an emphatic performance against Furth.

They will now look to build on it when they travel to Frankfurt.

Bayern will miss some key names through injuries but will look to exact revenge for their defeat in the reverse fixture.

Frankfurt will be without their star attacking midfielder Daichi Kamada, who has joined Ragnar Ache, Diant Ramaj, Sebastian Rode on the injury list. Kristijan Jakic is also suspended.

The injury list has piled up for Bayern as marquee names like Manuel Neuer, Leon Goretzka, Corentin Tolisso and Alphonso Davies have been sidelined.

In addition, Thomas Muller has been ruled out of the clash after testing positive for COVID-19.

Bayern are expected to produce a clinical display against an inconsistent Frankfurt side. Lewandowski looks poised for another masterclass.