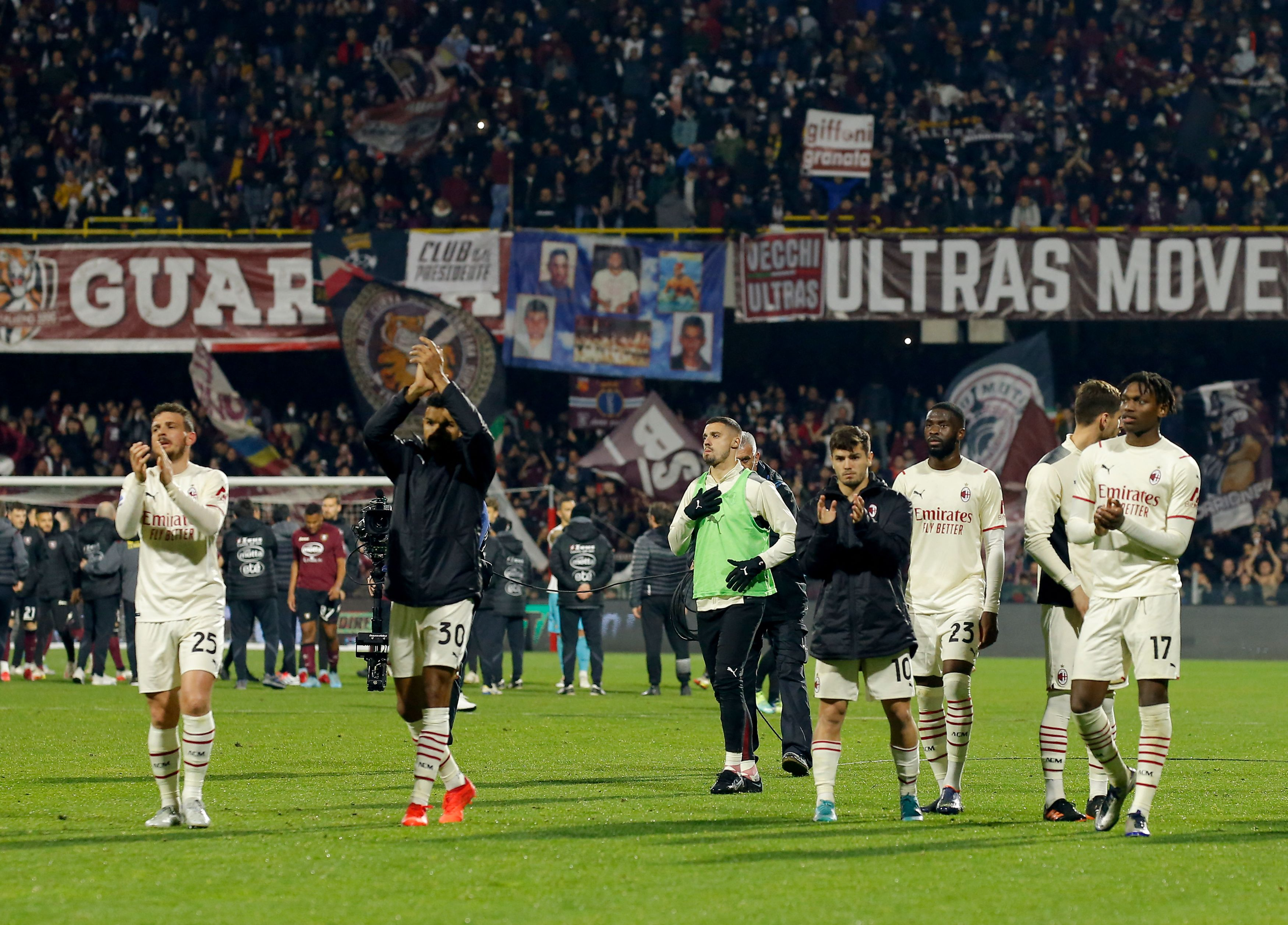 AC Milan will bid to bounce back from their shock draw against Salernitana when they host Udinese in Serie A on Friday.

The visitors, who are 16th in the table, will be desperate not to slip up into the relegation zone.

Milan were held to a 2-2 draw against Salernitana last week, which put their position at the top of the table under threat.

However, Inter Milan failed to capitalise as they succumbed to a 2-0 defeat to Sassuolo, allowing Rossoneri to stay two points clear.

Stefano Pioli’s men will look to avoid unwanted setbacks when they face Udinese on Friday.

Junior Messias has been a surprise package for Rossoneri this season, with the Brazilian attacker chipping in with impressive performances whenever presented with the opportunity.

The on-loan Crotone star, who stole the limelight against Atletico Madrid in the Champions League, was on target against Salernitana last week. He is likely to retain his spot in the starting eleven.

Olivier Giroud has been Milan’s leader in the attack over the last few weeks, and the French striker will once again lead the line in the continued absence of Zlatan Ibrahimovic.

Udinese have recorded only one victory in their last six league games, and they are not far away from the relegation zone.

They head into the game on the back of a 1-1 draw against Lazio and will aim to do the same against Milan to scupper their title hopes.

Gerard Deulofeu has been the saving grace of Udinese this season, racking up seven goals and two assists in 21 Serie A outings.

The former Barcelona man will be the key attacking threat against Milan.

Ismael Bennacer is suspended for the clash, but Franck Kessie is in line to return to the starting eleven.

Udinese will miss the services of goalkeeper Antonio Santurro, and there are doubts over Dutch defender Bram Nuytinck’s availability.

Pioli’s men know they can’t afford any further slip-ups. They are expected to take the game to Udinese from the outset.