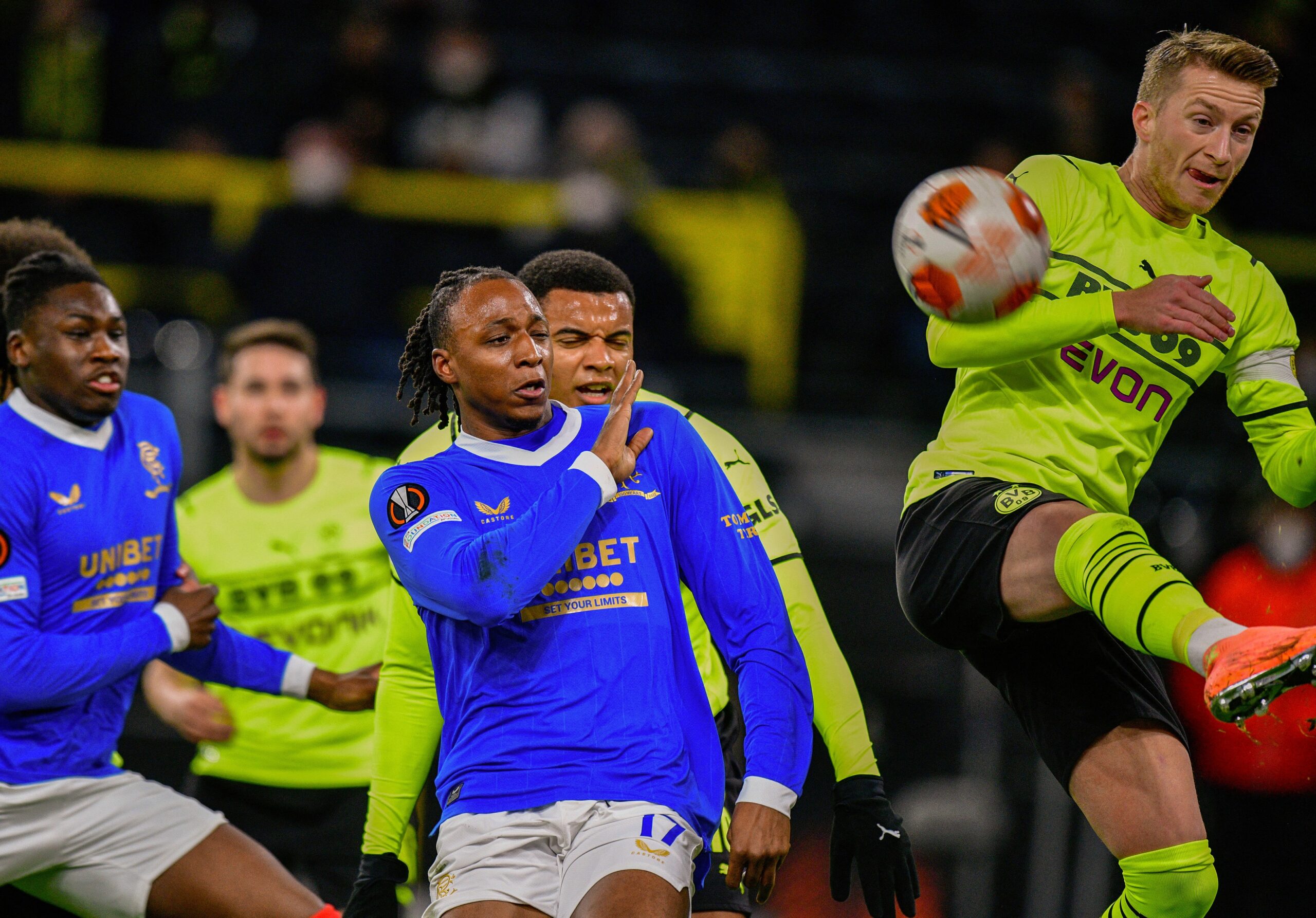 Rangers are looking to finish what they started in Germany last week and progress into the Europa League last-16 at the expense of Borussia Dortmund.

An overwhelming 4-2 first-leg win at the Signal Iduna Park puts Giovanni van Bronckhorst’s team in the driver’s seat heading into the second-leg decider.

While they have their sights firmly set on overcoming Dortmund in this knockout round play-off tie, Rangers dealt a domestic blow at the weekend, drawing 1-1 away to Dundee United.

But they have been nothing short of brilliant at home in European action of late, with just five defeats from their last 30 UEFA-sanctioned fixtures in Glasgow (W19, D6).

Adding to Rangers’ confidence, they have beaten Dortmund in three of their four previous European encounters on home turf (D1), including a 2-0 triumph in their most recent such meeting in 1999.

While they hold the upper hand between the sides, their overall European record against German opponents is perfectly balanced (W17, D14, L17). However, they have lost their last two home games against Bundesliga visitors.

That could inspire Dortmund’s bid to stage a second-leg comeback and win their first-ever two-legged tie following seven failed attempts to turn things around after losing the first leg at home.

Marco Rose’s men should not get ahead of themselves too much, especially after racking up just one win in their last nine springtime European fixtures away from home (D2, L7).

A stupendous 6-0 victory over bitter domestic rivals Borussia Monchengladbach at the weekend could be a confidence booster, though.

There is another reason for optimism in the travelling camp, with Dortmund reaching at least the round of 16 in their last two Europa League campaigns.

Marquee January signing Aaron Ramsey could be left out after picking up a minor knock in training, while Leon Balogun remains doubtful.

With last season’s hero Ianis Hagi dealing with an injury, Manchester United loanee Amad Diallo could line up alongside Alfredo Morelos and Ryan Kent in the frontline.

Borna Barisic, who impressed in the first leg, is likely to regain his place on the left after handing over the starting berth to Calvin Bassey at the weekend.

Only a week into his long-awaited return to action, Giovanni Reyna limped off the pitch against Die Fohlen in tears, meaning he could be facing another lengthy spell on the sidelines.

However, there is a glimmer of hope that in-demand striker Erling Braut Haaland could regain full fitness in time to help the Germans pull off a comeback.

Unless they get the Norwegian scoring machine back in shape in a couple of days, Donyell Malen should lead the line at Ibrox despite his underwhelming first-leg performance.

It will likely be up to long-serving stalwart Marco Reus to come up with the goods in front of goal, with Thorgan Hazard and Julian Brandt ready to assist.

Dortmund’s attempts to whittle down a two-goal deficit will likely leave plenty of room for Rangers to exploit at the back, which could backfire on Rose’s side.

But an early goal for the visitors could completely change the complexity of this tie, especially after the abolition of away goal rule in major European competitions.

Despite Rangers’ solid lead, this tie could still go either way, but there is no doubt that the Ibrox crowd will be in for another action-packed European evening.