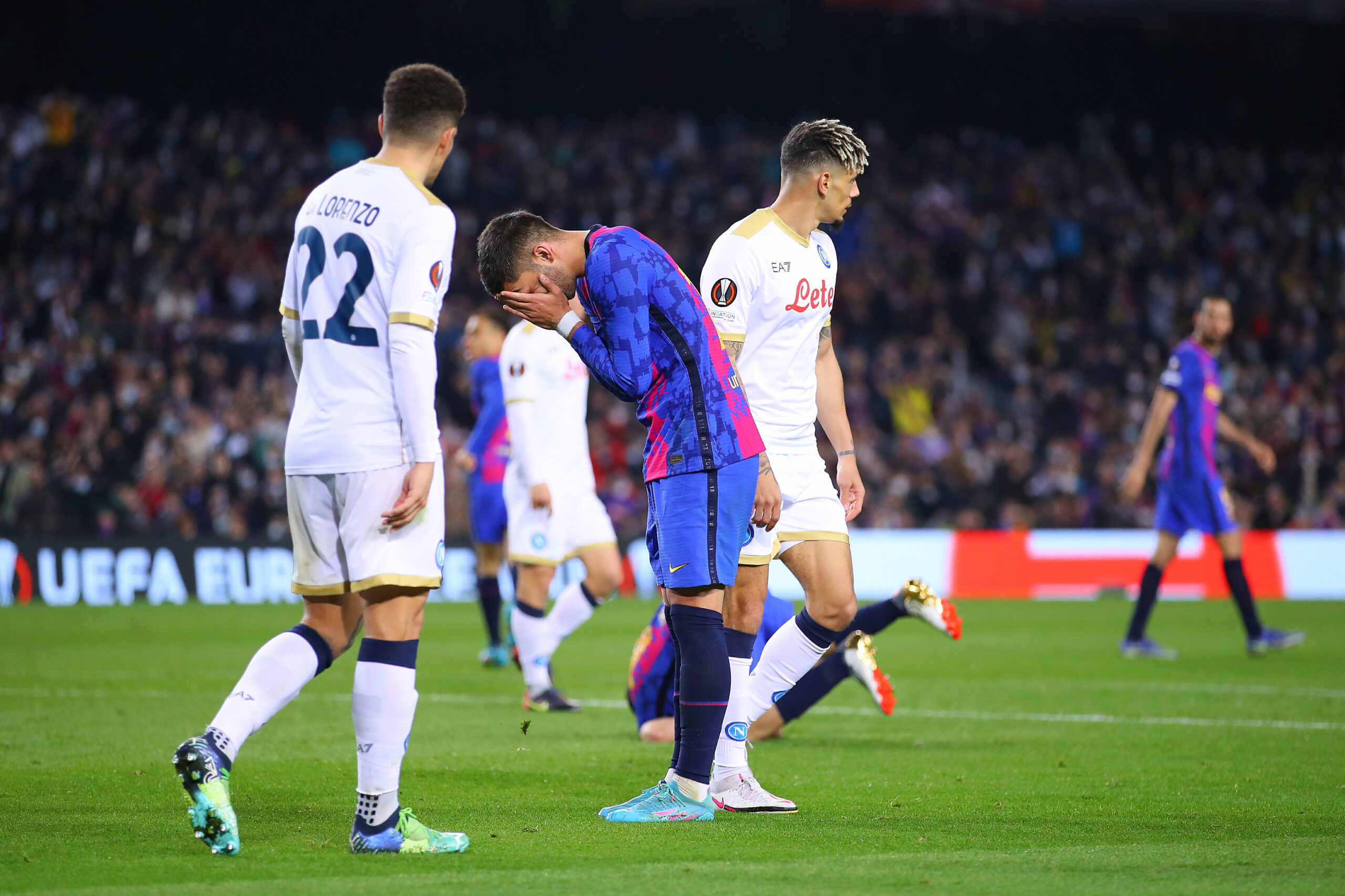 An enthralling 1-1 draw in their first leg at Camp Nou gives Napoli and Barcelona everything to play for in the return leg at the Diego Armando Maradona Stadium on Thursday.

The two continental powerhouses will battle it out for a place in the Europa League round of 16, with nothing to separate the sides ahead of the kick-off.

Napoli came from behind to hold relegation-threatened Cagliari to a 1-1 draw on Monday, making it three 1-1 draws in a row across all competitions.

Luciano Spalletti’s team wasted a glorious opportunity to leapfrog AC Milan at the top of the Serie A table.

They have to brush that disappointment off and turn their attention to the upcoming Europa League decider as they seek their first-ever European win over Barcelona.

Two of their three UEFA-sanctioned encounters so far have yielded identical 1-1 draws, with Barca claiming a 3-1 victory in the return leg of their 2019/20 Champions League tie to ensure progression.

Although Napoli’s overall European record against Spanish clubs reads indifferently (W6, D7, L8), they can find comfort knowing they have won all eight previous two-legged ties after drawing the first leg on the road.

But while the Italians lament just three wins from their last ten home matches in the Europa League knock-outs (D4, L3), Barcelona are boasting an impressive 80% unbeaten ratio against Serie A sides.

The Blaugrana have only lost 12 of their 61 such fixtures in their rich European history (W30, D19), winning two of their last three visits to the country.

However, Xavi’s men have picked up just one triumph in their last 11 European knock-out games outside Catalonia (D4, L6), which could be a bit worrying.

Barcelona can still call upon their most recent performance that saw them thrash Valencia 4-1 at the weekend, as Pierre-Emerick Aubameyang bagged his first hat-trick for the Camp Nou outfit.

They would like to get this two-legged two over the line within 90 minutes, especially after losing both competitive fixtures that went into extra-time/penalties this calendar year.

Napoli suffered two massive injury setbacks against Cagliari, as first-choice right-back Giovanni Di Lorenzo had to be replaced inside the opening 30 minutes following a nasty head collision with Giorgio Altare.

Lorenzo Insigne picked up a thigh injury in the second half. He will join long-term absentees Hirving Lozano, Matteo Politano, Stanislav Lobotka and Andre Zambo Anguissa on the sidelines.

After netting a late equaliser as a second-half substitute at Cagliari, Victor Osimhen should reclaim his place in the starting line-up at the expense of Andrea Petagna.

But Memphis Depay’s recent return to training has given Xavi a huge injury boost ahead of this trip, as the Dutchman could line up alongside Aubameyang and Ferran Torres up top.

Barcelona dominated Napoli at Camp Nou in the first leg, enjoying 65% ball possession and attempting 21 shots to the Italians’ four.

And if Torres kept his composure on a few occasions, Xavi’s side would have been heading into the return leg with a clear-cut lead.

If the Catalans replicate their first-leg showing in southern Italy and have Lady Luck on their side for a change, Barcelona should be sailing into the next round.