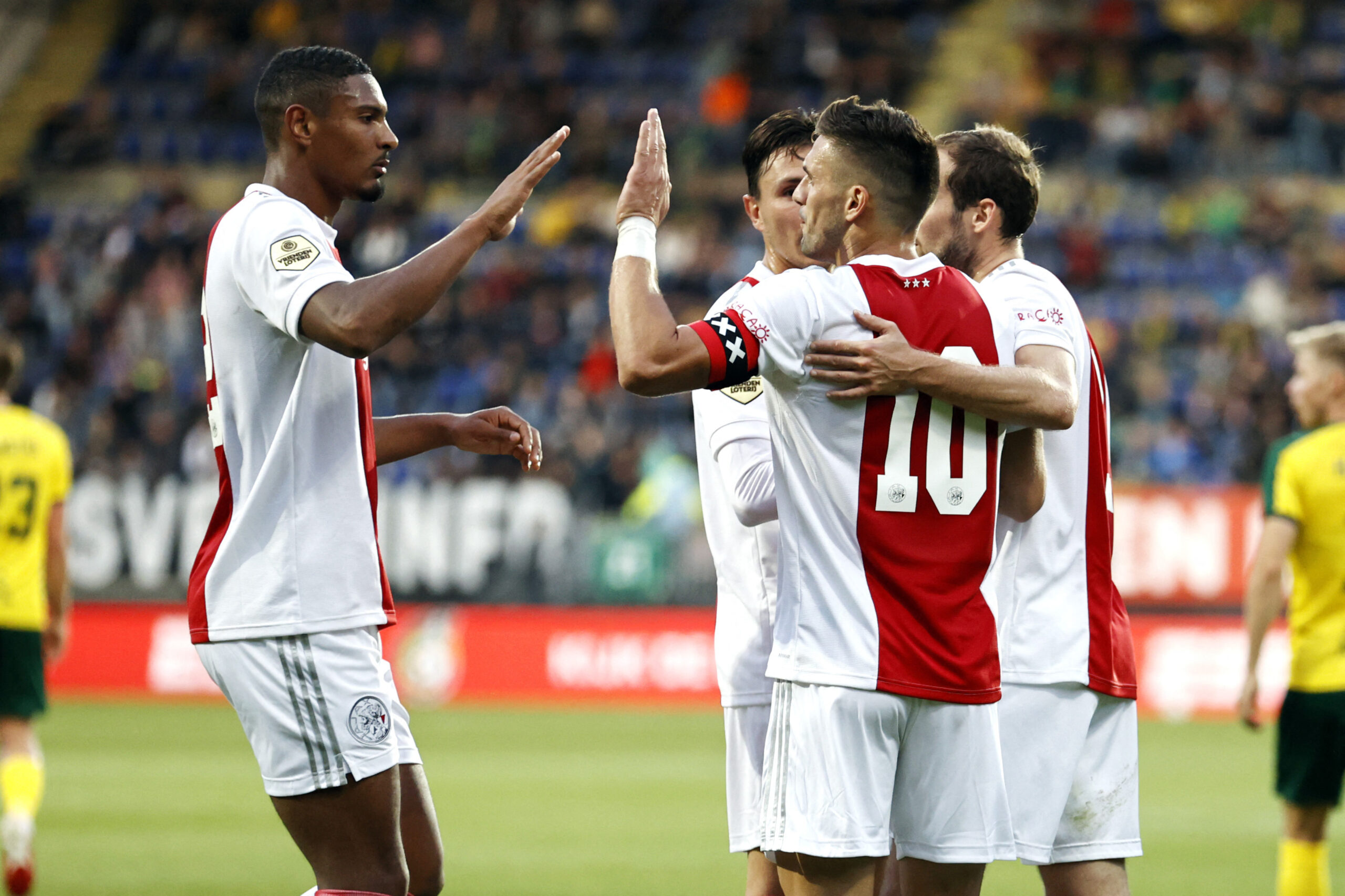 Desperate to replicate their memorable 2018/19 run, Erik ten Hag’s men are favourites in this tie, but much will depend on their first-leg showing at the Estadio da Luz on Wednesday.

Benfica vs Ajax, along with other Champions League games this midweek, will be available to watch live on tv via BT Sport at 19:00 in the United Kingdom.

Benfica’s hopes of claiming their first Primeira Liga title since 2018/19 suffered a devastating blow at the weekend as they turned a 2-0 half-time lead into a 2-2 draw away to Boavista.

Led by interim boss Nelson Verissimo, the Eagles are now 12 points below pacesetters Porto, meaning they are likely to miss out on the domestic crown barring a once-in-a-life-time twist.

But the Portuguese heavyweights will have to shrug that stress off and switch their attention to the Champions League, where they have reeled off some impressive performances this season.

They thumped the Spaniards 3-0 at the Estadio da Luz on Matchday 2, showing they have what it takes to shine in these mammoth, high-octane fixtures.

Playing the first leg on home turf could be a massive confidence boost for Benfica, as they are unbeaten in ten of their last 11 European matches in Lisbon (W8, D2).

But facing the Lancers in this kind of form threatens to screw that record, with Ten Hag’s side reaching the round of 16 as one of three sides to have won all six group stage games this season.

Aside from their outstanding European displays, the reigning Eredivisie champions have been nothing short of exceptional in domestic action of late, winning each of their last ten matches in a row.

Since beating arch-rivals PSV Eindhoven 2-1 in late January, Ajax have won their last four domestic outings by an aggregate score of 14-0 to set themselves up nicely for this trip.

They have also gone unbeaten in each of their last four UEFA-sanctioned match-ups with Portuguese clubs (W3, D1), including a brace of multi-goal margin triumphs over Sporting Lisbon in this season’s Champions League group stages.

Veteran defensive pairing Jan Vertonghen and Nicolas Otamendi could do the trick at the back, while sought-after prodigy Darwin Nunez should lead the line.

The Uruguayan starlet has netted five times in his last five appearances for the club, while three of Benfica’s seven Champions League group stage goals were scored by him.

Bryan Brobbey and Maarten Stekelenburg are injured, while Nicolas Tagliafico and Jurrien Timber are still questionable.

Ten Hag may have a couple of dilemmas in the engine room, but Dusan Tadic and Sebastien Haller should undoubtedly spearhead Ajax’s attack in Lisbon.

The Serbia international has been the Lancers’ driving force in the front, and it is hard to remember the Dutch side’s last high-quality performance without him in the heart of proceedings.

Haller’s utterly impressive group stage displays this Champions League season saw him become the only player alongside Cristiano Ronaldo to find the net in all six group fixtures.

Benfica’s unconvincing performances in domestic competitions show they are still searching for their identity under Verissimo, as evidenced by a pair of defeats across their last three home outings.

But the aforementioned thrashing of Barcelona explains why Ajax can ill-afford to underestimate the Portuguese giants, who are likely to give them a run for their money in Lisbon.

The free-scoring Lancers found their Champions League group-stage campaign a stroll, and it is hard to make a case for them not to add a couple of goals to their eye-catching European tally this season.