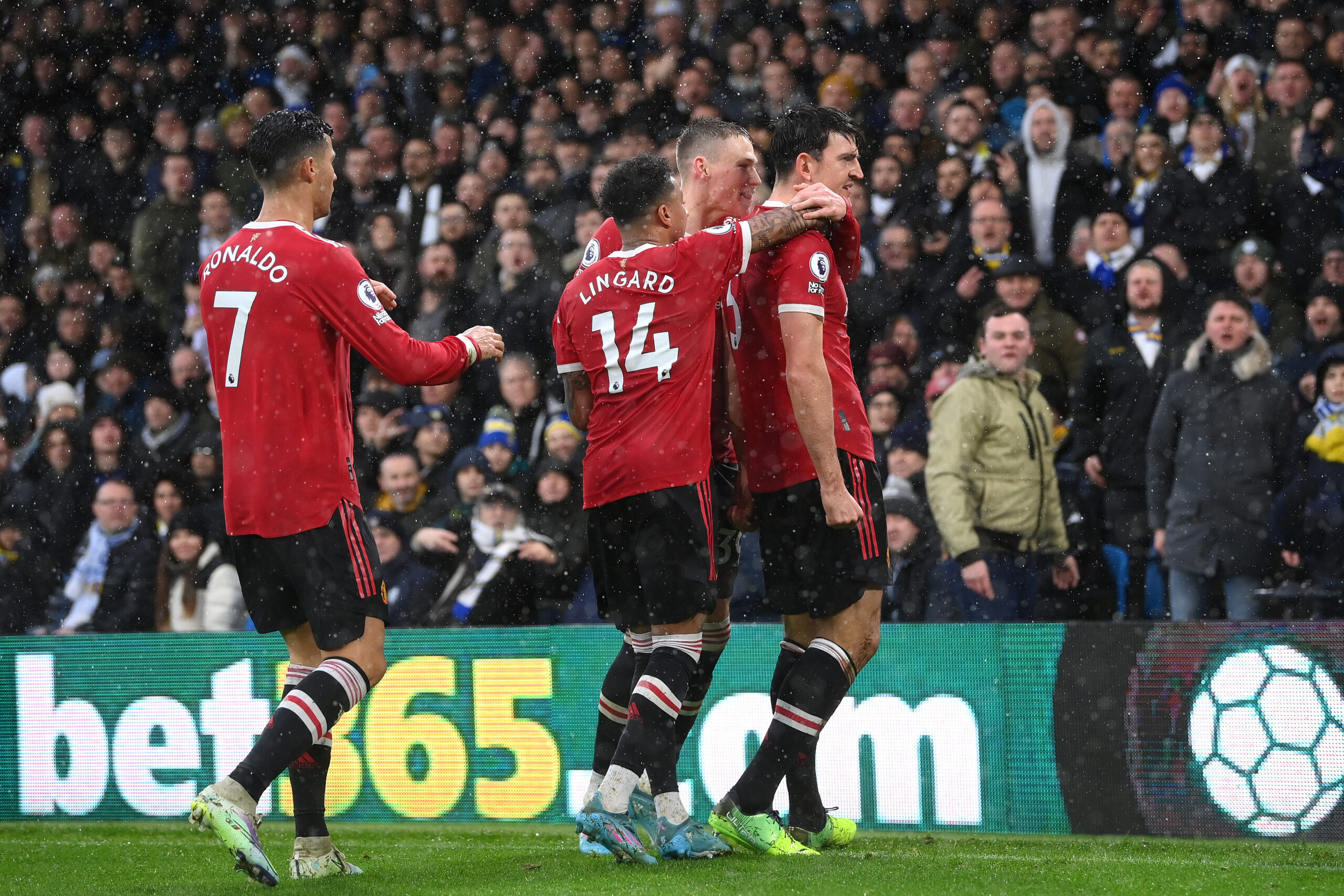 Wanda Metropolitano is the venue as Atletico Madrid and Manchester United go head-to-head in the first leg of their mouth-watering Champions League last-16 tie.

Both sides are already lagging behind in their domestic title races, and lifting the Champions League crown would be the only saving grace for each team.

However, one of them will end up empty-handed already in the first knockout round.

This encounter, along with other Champions League games this midweek, will be available to watch live on tv via BT Sport at 19:00 in the United Kingdom.

Atletico put Osasuna to the sword at the weekend, cruising to a 3-0 away win to bolster their top-four pursuit in La Liga following a series of underwhelming results.

Los Rojiblancos could be somewhat distracted amid speculation surrounding Diego Simeone’s future in the Spanish capital.

For the first time in years, Atletico’s long-serving manager faces a potential sacking, which could be another reason for the reigning La Liga champions to go for broke in Europe.

The Spaniards can find comfort in their impressive record in the two-legged European ties against Premier League clubs as they have been victorious in nine of their 12 such engagements.

Against this backdrop, they have lost each of their last four Champions League matches against English sides, including a brace of defeats to Liverpool in this season’s group stages.

That must be music to Man United’s ears, especially after they have failed to win any of their last four away games in Europe’s elite club competition (D1, L3).

But after beating Villarreal in both group stage meetings this season, the Red Devils took their unbeaten run against La Liga opponents in European football to seven straight matches (W5, D2).

A trip to Spain stirs unpleasant memories, with the Old Trafford outfit racking up just six wins from their previous 29 visits to the country (D11, L12).

January additions Matheus Cunha and Daniel Wass are both ruled out with injuries, while first-team stalwart Thomas Lemar is unavailable after testing positive for COVID-19.

But Simeone will rely on in-form Luis Suarez, who slotted home a stunner at the weekend, to deliver the goods in the final third, alongside under-fire Joao Felix.

The Portuguese prodigy has failed to live up to his €126 million transfer fee since arriving from Benfica in summer 2019.

However, his deadlock-breaker against Osasuna last time out could give him some encouragement moving forward.

Mason Greenwood is a known absentee for obvious reasons, but Ralf Rangnick has faint hope of welcoming Edinson Cavani back from injury.

Alongside the improving duo, Marcus Rashford and Jadon Sancho, there is no doubt that Cristiano Ronaldo will be Man United’s dangerman in Madrid.

In addition to his well-documented Champions League exploits, the veteran forward has bagged a stunning 25 goals in his 35 appearances against Atletico while at Real Madrid and Juventus.

Atletico and United have struggled with inconsistent performances this season, as witnessed by their current positions in La Liga and the Premier League standings, respectively.

However, the Red Devils have shown signs of improvement, following up a 2-0 home triumph over Brighton & Hove Albion with an overwhelming 4-2 win at Leeds United over the weekend.

Rangnick’s men will have to carry that momentum into this fixture if they are to break the fortress that is Wanda Metropolitano, although not as much this term, to be fair.

A come-from-behind 3-2 win over Valencia in late January served as further confirmation of Atletico’s fighting spirit that is likely to be on full display on Wednesday.

We predict a physical battle in the middle of the park with a couple of goals at best, as this tie is likely to find its winner at Old Trafford in the return leg.