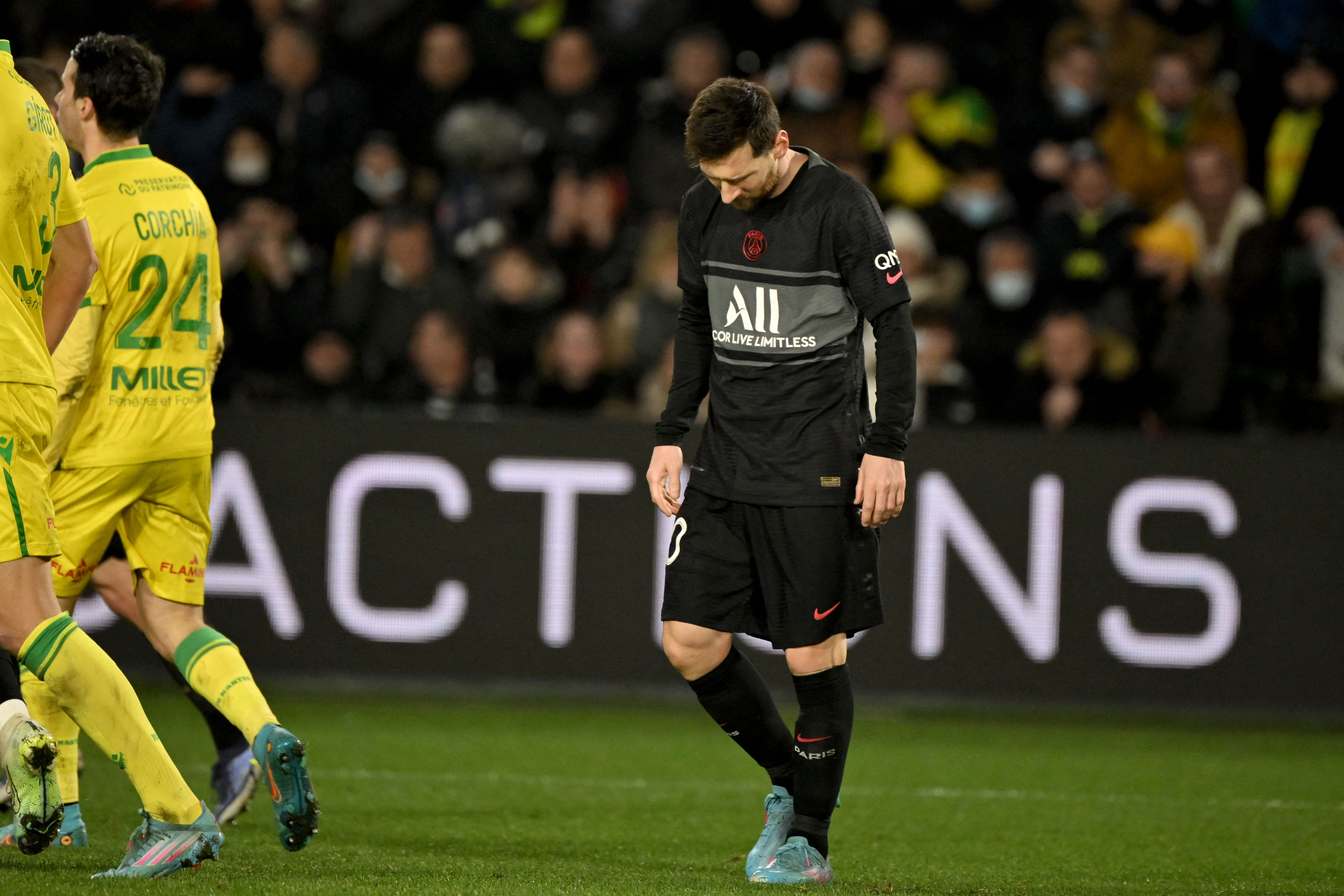 Lionel Messi has been under scrutiny lately, with French media criticising his sub-par performances for Paris Saint-Germain.

The Argentine was subject to heavy criticism after he missed a penalty against Real Madrid in the first leg of the Champions League round of 16. Fortunately, Kylian Mbappe scored a last-minute winner to see off the Spanish giants.

Messi’s struggles continued during the shock 3-1 defeat against Nantes in Ligue 1 last night, where he failed to make a significant impact aside from providing an assist to Neymar.

He has failed to translate the stellar form he enjoyed at Barca, bagging just two goals in 15 league appearances this season.

Petit told RMC Sport (h/t PSG Talk): “I feel genuine pain when I watch Messi on the pitch. We all want him to succeed – to take our hand and tell us a story like he told thousands in Barcelona.

“I don’t want to pit Messi against Mbappe. But for several months, we have been witnessing the death of one king and the rise of another.

“I know that this guy has an oversized ego, but at some point he will have to understand that as long as he is not well, especially mentally, he will not be able to become the Messi of Barca again.

“I hope that by the end of the season, we will be able to see the great Messi intermittently, but over time it is no longer possible.”