Every team to do the double over Pep Guardiola 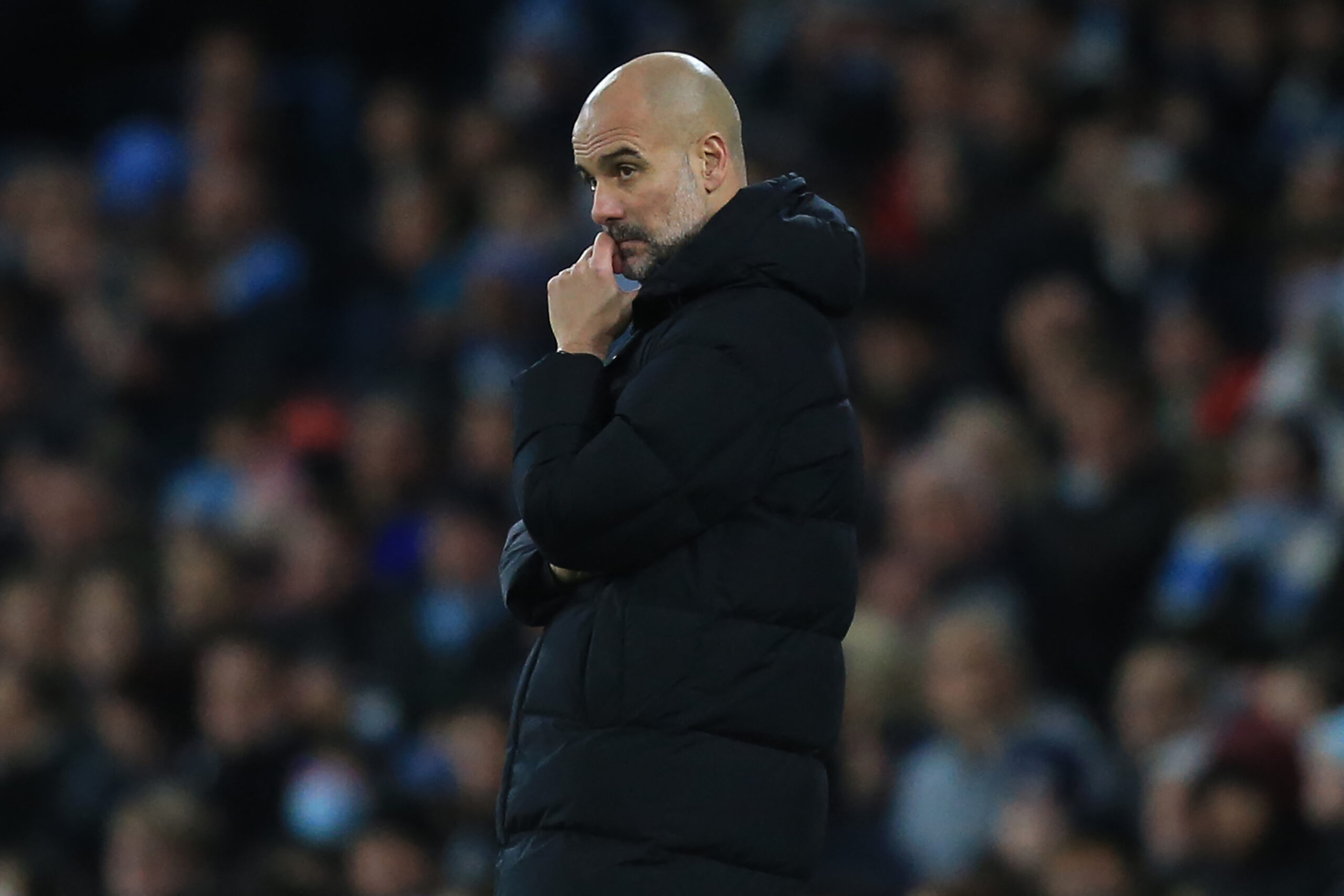 Since taking charge of Barcelona in 2008, Pep Guardiola has established himself as one of the greatest managers of all time.

First, he led the Catalan giants through the most successful period in their history, winning three La Liga titles and two Champions Leagues in four seasons.

He then moved to Bayern Munich, where he added five more major trophies to his personal collection.

After departing Germany, the former midfielder made the trip to the Premier League with Manchester City.

At the Etihad Stadium, he has lifted three league titles and five domestic cups and became the first manager to hit 100 points in a single Premier League season.

However, even the very best can have their moments of weakness. Here is every team to do the league double over a Guardiola-led side.

Remarkably, Guardiola avoided a league double against his side during his first seven seasons of management.

But that duck was finally broken in his first season in English football, as Antonio Conte’s Chelsea picked up six points against the Cityzens.

The two sides were the favourites to battle it out for the league title – it was a huge match at the Etihad. And when Gary Cahill sliced a clearance into his own net just before half time, Man City appeared to be on course for the three points.

But Chelsea withstood the pressure from the hosts and grabbed one on the break. Cesc Fabregas’ brilliant pass found Diego Costa, who muscled off Nicolas Otamendi and slammed in at the near post.

With 20 minutes remaining, the Blues took the lead with another counter-attack. Costa was again at the heart of it, rolling the ball through for Willian to finish into the far corner.

And in the closing minutes, they wrapped up the three points with another goal on the break. Eden Hazard latched onto Marcos Alonso’s pass, burst past Aleksandar Kolarov, and swept it into the near post.

There was still more misery to come for Guardiola’s men. Sergio Aguero put in a frankly horrendous challenge on David Luiz, and a brawl ensued.

Aguero was sent off for the tackle, and Fernandinho also received a red card for his role in the scuffle.

The reverse fixture wasn’t quite so eventful, but Chelsea once again took all three points. Hazard bagged his second of the season against Man City in the tenth minute, firing in through the arms of goalkeeper and future teammate Willy Caballero.

This lead lasted just 15 minutes, as Aguero hit an equaliser on the rebound from David Silva’s effort.

But Chelsea got themselves in front again before half time after Fernandinho brought down Pedro. Hazard’s penalty was saved by Caballero, but the Belgian followed up for his second of the game.

This was the final goal of the game. The victory gave Conte’s men a seven point lead at the top of the table, and they wrapped up the title six games later.

This made their 2019/20 campaign even more disappointing, finishing 19 points off champions Liverpool.

One of the first signs of trouble came at home to Wolverhampton Wanderers in their eighth game of the season. Nuno Espirito Santo’s men turned up to the Etihad with a plan and executed it to perfection.

After keeping the home side relatively quiet for 80 minutes, Wolves pounced to take the lead. Some excellent work from Raul Jimenez sent Adama Traore through on goal, and the Spaniard placed the ball past Ederson and into the bottom corner.

And right at the death, Jimenez and Traore combined again to double the lead. The speedy winger once again went through on goal and confidently rounded off the move with a fine finish.

Wolves then picked up another three points against the defending champions at Molineux. And again, Traore and Jimenez were at the heart of it.

The away side seemed to be on course for the victory, taking a 2-0 lead thanks to Raheem Sterling’s brace despite Ederson’s early red card. But Traore pulled one back in the second half with a brilliant strike from outside the box.

The former Aston Villa man then turned provider for the equaliser. His low cross found Jimenez in the box, and he tapped home to make it 2-2.

And in the 89th minute, Nuno’s side completed a memorable comeback. Matt Doherty exchanged passes with the Mexican forward, weaved his way into the box, and found the far corner with his weak foot.

Despite all of his faults, Ole Gunnar Solskjaer had a respectable record when he went head-to-head with Pep Guardiola.

The Norwegian picked up his first victory against the former Bayern Munich boss in December 2019, as his Manchester United side took the three points from the derby at the Etihad Stadium.

A frightening first half performance proved to be enough for the Red Devils. They raced into a 2-0 lead after 30 minutes, with Marcus Rashford and Anthony Martial grabbing the goals.

The former struck from the spot after being fouled by Bernardo Silva, and the latter finished at the near post.

As expected, City came out fighting in the second half. However, the visitors defended valiantly and held onto the lead. Otamendi headed in with five minutes remaining, but it was too little too late for the hosts.

In the reverse fixture, Man Utd claimed the three points again with an impressive 2-0 victory just before lockdown.

New arrival Bruno Fernandes continued his bright start in a red shirt with an assist for Martial on the half-hour mark.

The Portuguese found the forward with a quickly taken free kick, and the Frenchman volleyed in through the arms of Ederson.

City pressed for an equaliser but were unable to create anything clear-cut. Aguero had a goal ruled out for offside, and Phil Foden had a shot well saved by David de Gea.

Then late on, Old Trafford erupted as Utd grabbed a second. Ederson’s throw fell straight to Scott McTominay, who finished first time into an empty net.

Ahead of their meeting at the Tottenham Hotspur Stadium in August, much of the pre-match talk surrounded Harry Kane.

He was seemingly desperate to move to Man City but stayed in north London.

The Englishman was left out by new manager Nuno, but this proved not to be a hindrance to Spurs. They claimed a shock 1-0 victory on the opening game of the season, with Heung-min Son scoring the only goal of the game.

Far more happened during their meeting at the Etihad. This time, Kane was on the pitch, and he was decisive.

Tottenham took the lead in the fourth minute. Kane found Son with a brilliant through ball, and the South Korean squared for Dejan Kulusevski to net his first goal for the club.

But they were pegged back before the break, when Hugo Lloris spilled a cross straight to the feet of Ilkay Gundogan. The German smacked the ball home for his seventh of the season.

Early in the second half, the north Londoners got themselves back in front. Son crossed for Kane, and the 28-year-old converted into the roof of the net.

Man City looked like they had claimed a point in injury time when Cristian Romero handled the ball in the box. Riyad Mahrez stepped up and emphatically scored his penalty to make it 2-2.

But this STILL wasn’t the end of the drama. In the 95th minute, Kulusevski lifted a cross into the box, and Kane headed home his second of the game to snatch the three points.