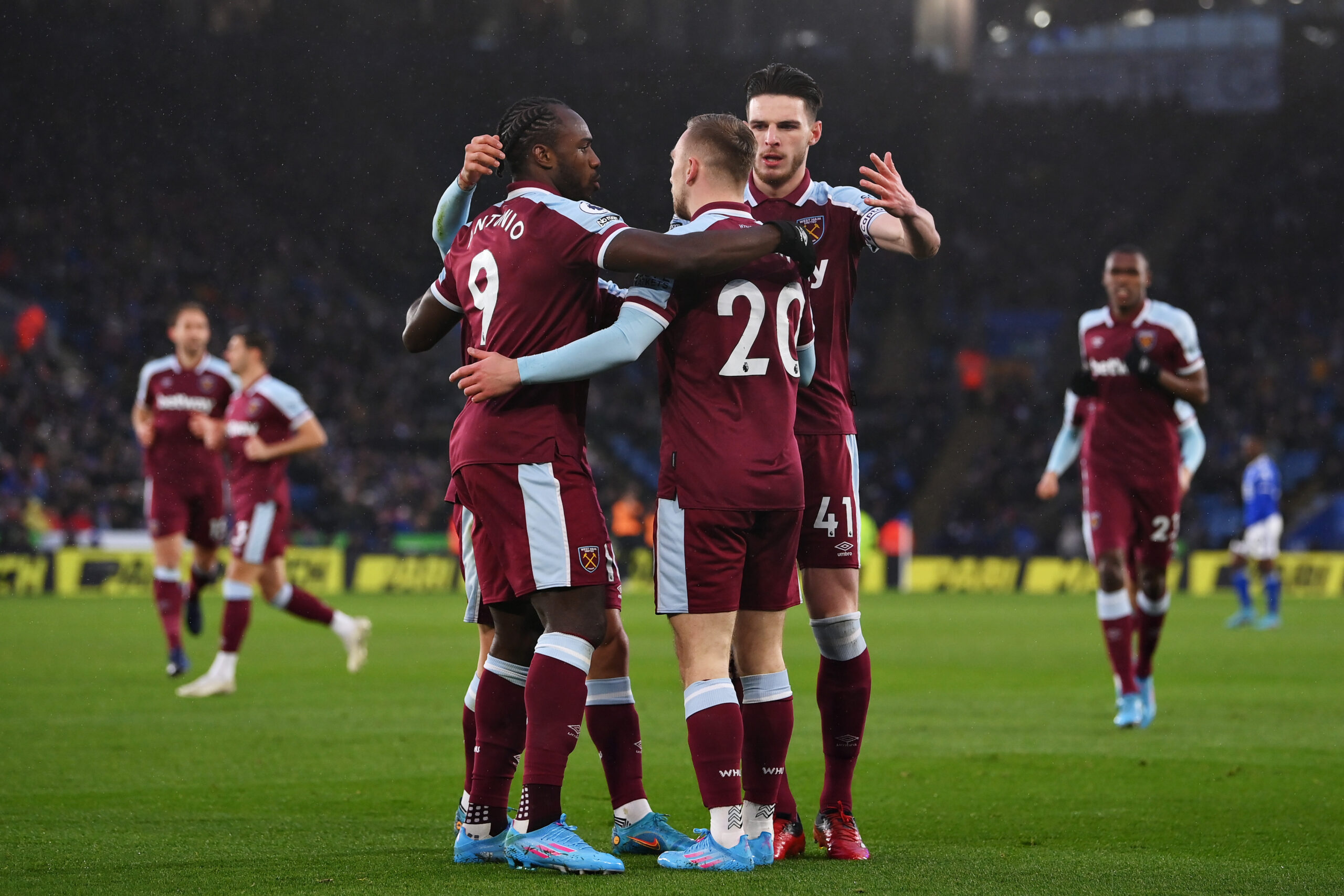 Saturday’s Premier League action gets underway with a tasty-looking encounter between West Ham United and Newcastle United at the London Stadium.

West Ham’s Champions League push is slowing down a bit as David Moyes’ side head into proceedings having won just one of their last four league matches (D1, L2).

Back to the London Stadium, where they have blown hot and cold in recent Premier League action, the Londoners can ill-afford another underwhelming result against a resurgent Newcastle side.

Inspired by a raft of winter signings, Eddie Howe’s men have undergone a renaissance in the new calendar year, stringing together three Premier League victories to stage an escape from the drop zone.

After bagging a sublime free-kick to ensure the Magpies’ 3-1 win over Everton a fortnight ago, Kieran Trippier slotted home another set-piece to give his side a 1-0 triumph over Aston Villa last time out.

The St James’ Park outfit are now four points clear of 18th-placed Norwich City with a game in hand as the future starts to look bright for the Tyneside faithful.

West Ham came from behind to thrash Newcastle 4-2 on the opening weekend of the season, and they could complete only their third-ever league double over this opposition now.

But to achieve that feat, the Irons have to defy their disappointing H2H home record of late, as back-to-back Premier League wins at the London Stadium give the Magpies an opportunity to make it three such successes in a row for the first time in history.

Newcastle must be relishing this trip, considering that they have won more Premier League away matches against West Ham (10) than against any other side in the competition’s history.

Despite their topsy-turvy start to the new calendar year, Moyes’ men can draw confidence from entering this round as the only Premier League side to have scored in all 12 home league games this season.

However, although they boast a 100% scoring ratio in home league action this term, West Ham have netted 2+ goals in just 58% of their Premier League outings at the London Stadium.

Particularly dangerous from the set-pieces, the Hammers have bagged a league second-high 25 goals from corners since Moyes returned to the helm in 2019.

The former Man United boss may have upgraded West Ham’s attacking game, but a record of three clean sheets from 12 Premier League home fixtures this season suggests there is more work to be done at the back.

As mentioned before, the Magpies have won their last three Premier League matches in a row after picking up just one victory from their first 20 league games of the season (D9, L10).

Howe’s side are also on the lookout for their first back-to-back away clean sheets in the Premier League since September 2020, when the second one came at non-other than West Ham.

But it is worth mentioning that before winning 1-0 at Leeds United in their most recent away league game, Newcastle were without a shut-out in their nine previous top-flight travels.