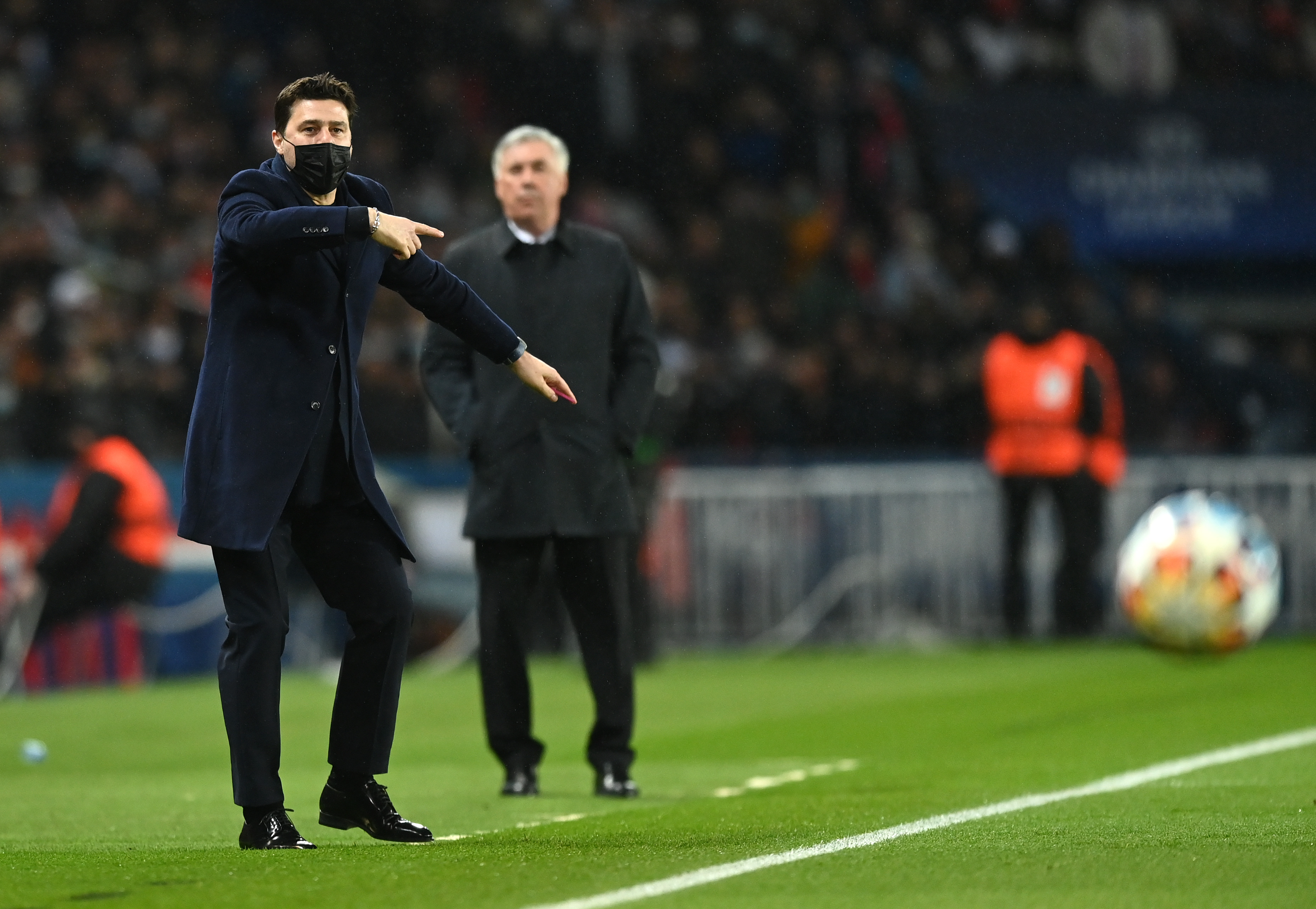 Real Madrid have joined Manchester United in the race for Paris Saint-Germain manager Mauricio Pochettino, according to Sport.

Les Parisiens will reportedly consider Pochettino’s future if he fails to win the Champions League this season.

United are understandably in pole position to appoint him as their next time full-time manager, with Ralf Ragnick’s interim period ending this summer.

Madrid are looking to throw a spanner in the works, as they have identified Pochettino as a replacement for Carlo Ancelotti.

Ancelotti moved to Los Blancos last summer and has since made a huge impact in La Liga, with the club currently sitting four points clear at the top of the table.

However, the Spanish giants were far from their best in their recent defeat to PSG in the first leg of their round of 16 tie.

Madrid were beaten 1-0 at the Parc des Princes, with Kylian Mbappe netting a dramatic last-gasp goal.

The result left Madrid president Florentino Perez unhappy, and he is already contemplating alternatives to the Italian manager.

Knowing that Liverpool’s Jurgen Klopp is a far-fetched target, Madrid are considering a move for Pochettino this summer.

Los Merengues would have to act quickly in their pursuit of the former Tottenham Hotspur manager with United in the mix.

Ancelotti has the chance the prove his doubters wrong when the Ligue 1 giants visit Santiago Bernabeu for the second leg next month.