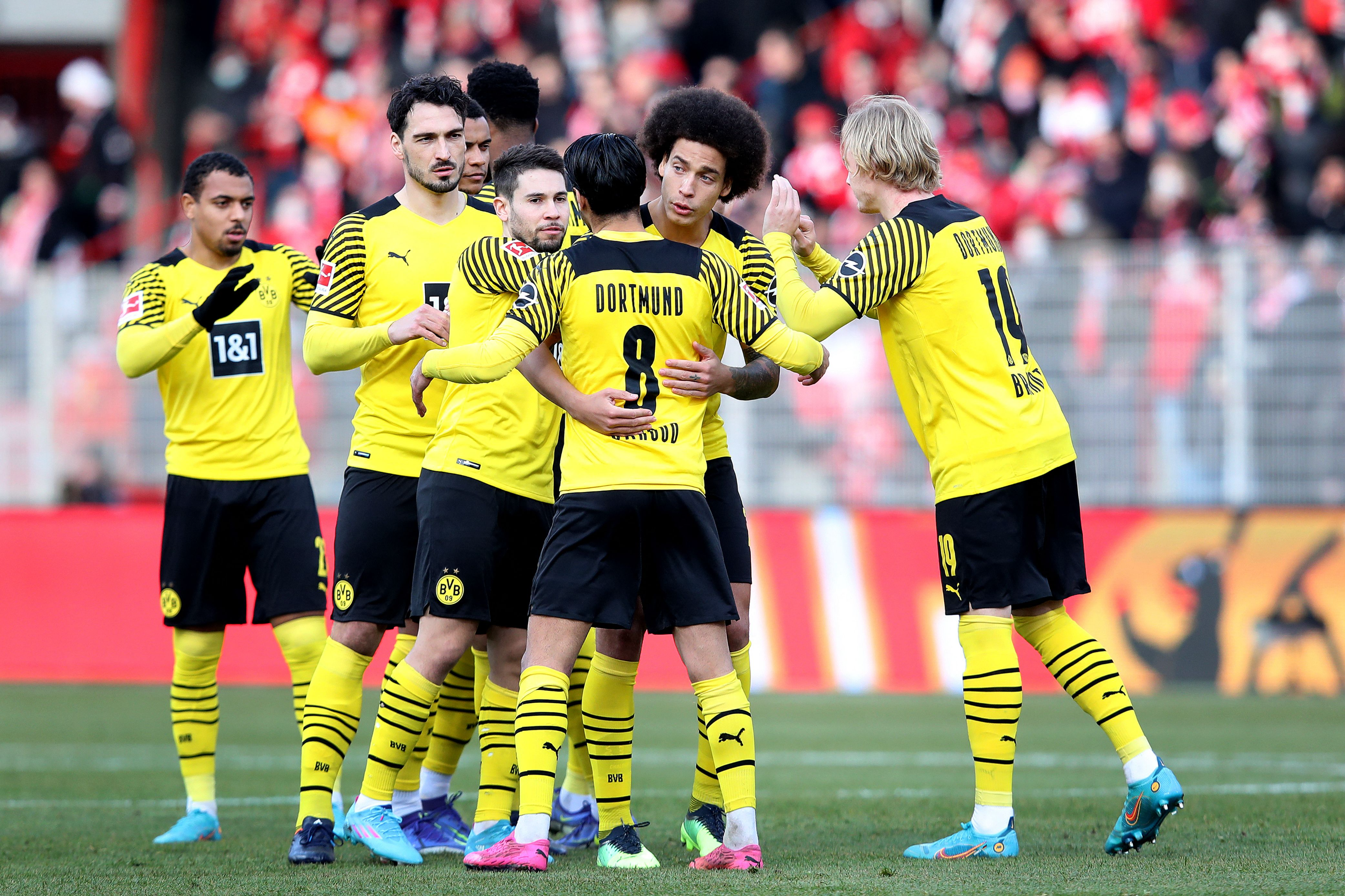 Borussia Dortmund will host Scottish giants Rangers in the Europa League knockout play-off round on Thursday.

Dortmund head into the tie after thrashing Union Berlin 3-0 while Rangers were also victorious in the weekend Scottish Cup tie against Annan Athletic.

Dortmund have been hit with several injuries, but Erling Braut Haaland’s absence would be a huge blow.

The Norwegian striker has been in sensational form this season, and there are only a few players who could fill the void.

Marco Reus showed on Sunday that he could be the leader in the attack after inspiring Dortmund to a comfortable win over Union Berlin.

The experienced German star scored a stellar brace that extended his tally to 11 goals in all competitions this season.

In addition, the 32-year-old has collected ten assists, which is a testament to his playmaking ability.

Having already hit double figures, Reus will be looking to make a significant impact against Rangers in the Europa League.

Die Borussen’s title race took a hit after the 5-2 heavy defeat against Bayer Leverkusen. However, they restored their confidence with a thumping win against Union Berlin.

Rangers looking to end their hoodoo in European competitions

Rangers sustained their place in Europa League after finishing second behind Lyon in Group A.

Following their crushing defeat in the Old Firm derby, the Gers have responded with back-to-back victories against Hearts and Hibernian.

Alfredo Morelos has been in terrific goal-scoring form this season, and he currently tops the Scottish Premiership’s scoring charts with ten goals.

Like their arch-rivals Celtic, the Gers have often failed to make a big impression in European competitions, and they will be desperate to end their hoodoo this time around.

Raphael Guerreiro has been a consistent performer for Dortmund over the last few seasons, and his progress has completely gone under the radar.

The Portuguese left-back is looking in fine form this season after racking up four goals and two assists in 14 league appearances which also includes the goal against Union Berlin last weekend.

The Colombian striker has netted three goals in the last two league games, and he will look to extend his impressive run against Dortmund on Thursday.

Dortmund are stacked with enough quality and experience regardless of the injured players. Although Rangers have talented players at their disposal, they are likely to suffer against the Bundesliga giants.