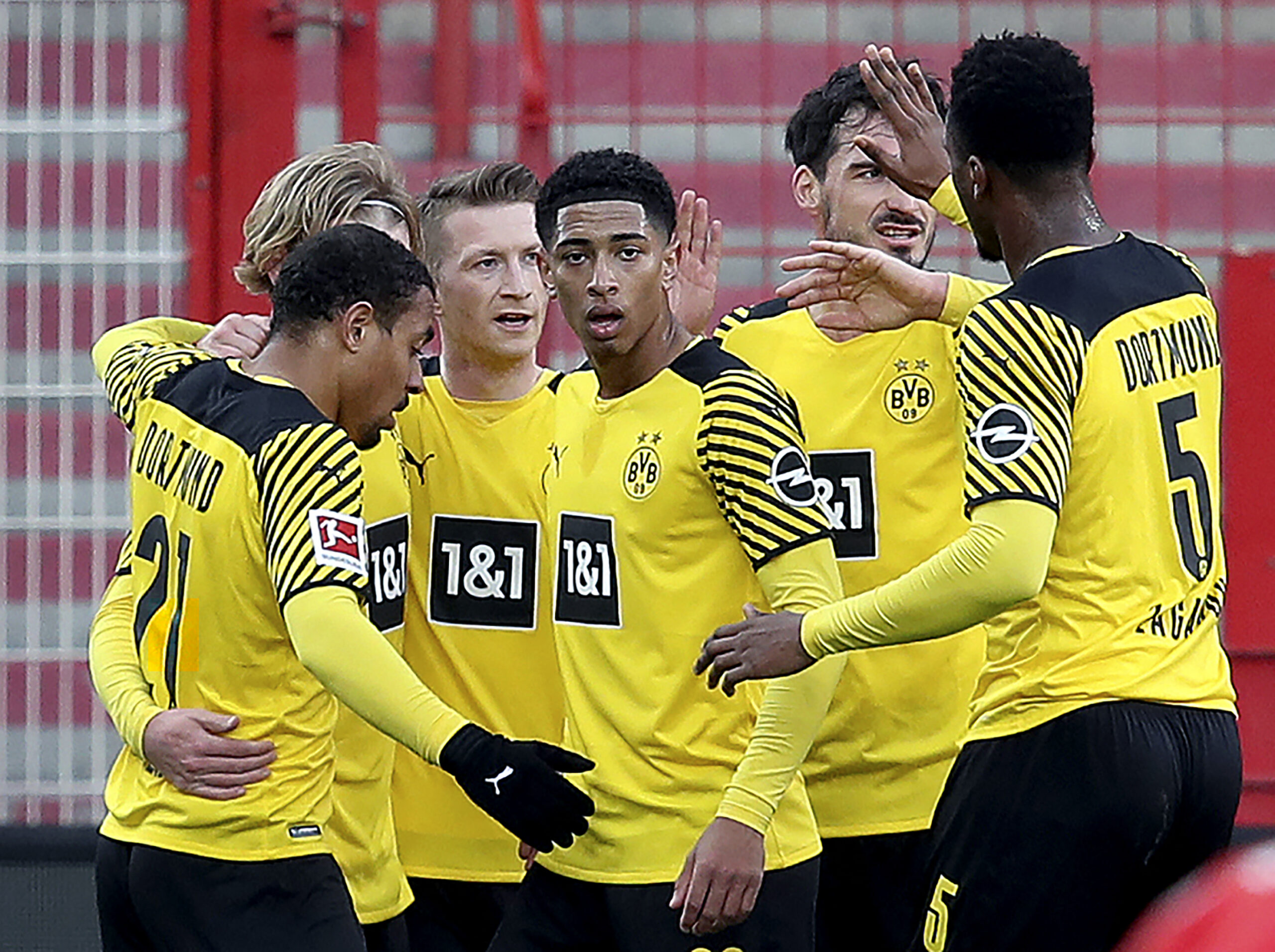 Borussia Dortmund and Rangers are set to trade tackles in the first leg of their Europa League play-off tie at the Signal Iduna Park on Thursday.

The Bundesliga heavyweights have failed to navigate their way through to the Champions League knockout stage for the first time in four years.

A brace of three-goal margin losses to Group C pacesetters Ajax, coupled with a dismal 3-1 defeat away to Sporting Lisbon on Matchday 4, saw Dortmund switch over to the Europa League.

Despite their underwhelming European journey this season, Marco Rose’s men can draw confidence from their decent domestic campaign, where they currently sit six points adrift of table-topping Bayern Munich.

By contrast, Rangers have bounced back from a 3-0 thumping at the hands of bitter rivals Celtic in the latest instalment of the famous Old Firm in early February.

Giovanni van Bronckhorst’s men have since won three consecutive matches in all competitions by an aggregate score of 10-0 to boost their spirits ahead of this trip.

But the Gers blew hot and cold in their Europa League Group A (W2, D2, L2), finishing runners-up to Lyon and only a single point clear of third-place Sparta Prague.

It has been a while since Dortmund and Rangers last locked horns in European competition, with their most recent such match-up dating back to the 1999/2000 UEFA Cup round of 32.

The Germans progressed into the next round by the skin of their teeth, bagging a penalty shoot-out triumph after both sides won their home legs by an identical 2-0 scoreline.

Although it is already ancient history, it is worth noting that Dortmund have kept three clean sheets in their four UEFA Cup/Europa League meetings with Rangers.

Despite falling to an embarrassing 5-2 loss at the hands of Bayer Leverkusen in their most recent home outing, Dortmund will feel confident about themselves at Signal Iduna Park.

Before Die Werkself put them to the sword last time out, Rose’s men had racked up three consecutive home wins in all competitions, scoring 13 goals while conceding just one in return.

The German giants have only lost two of their ten home matches in the Europa League knockout stage (W5, D3), including three first-leg triumphs in such ties from five attempts (D1, L1).

However, in the absence of standout striker Erling Braut Haaland, who has recently been urged to join Barcelona, Dortmund could be in a lot of trouble here.

Rangers’ trip to Signal Iduna Park could stir some painful memories, as the Gers have suffered seven defeats in their last eight UEFA-sanctioned away matches against German hosts (D1).

You have to go back to October 1998 to find their last European triumph on German soil, courtesy of a 2-1 victory at the expense of Leverkusen in the UEFA Cup.

Since then, Rangers have drawn a blank in six of their subsequent eight visits to the country, which has been the case twice in their four Europa League travels this season, play-offs included.

On the bright side, they have won ten of their last 14 two-legged ties in the Europa League, losing the first leg just three times across that period.