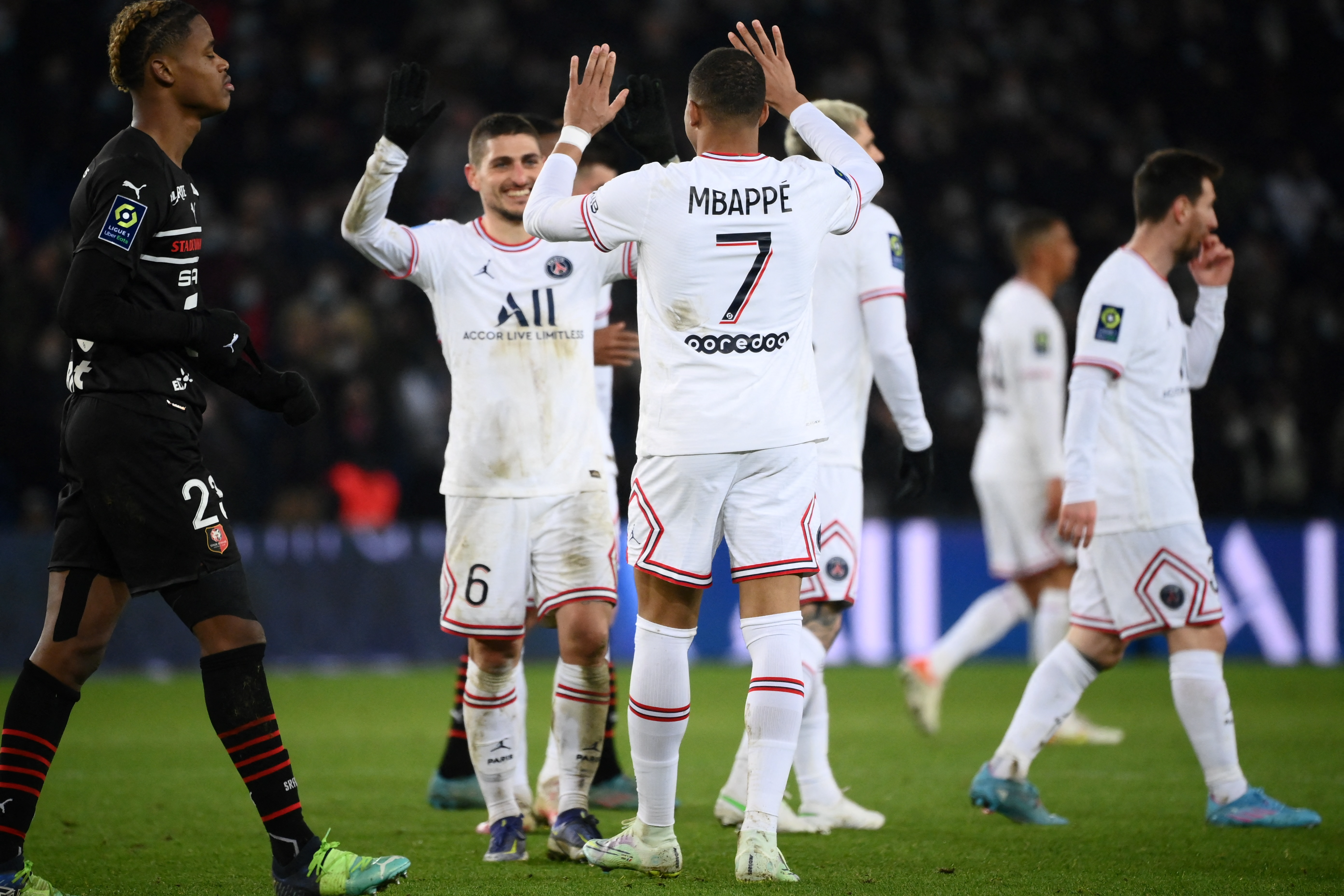 Paris Saint-Germain and Real Madrid are set for a blockbuster clash at the Parc des Princes in the Champions League round of 16 on Tuesday.

Les Parisiens have been dominant in Ligue 1 this season, and they will look to translate the form into the Champions League knockout stage.

Madrid have been equally brilliant in La Liga and will be eager to thwart PSG’s hopes of entering the quarter-finals.

Mbappe and Messi await their biggest test of the season

PSG have regained their monopoly in Ligue 1 after losing the title to Lille last season, currently sitting 13 points clear at the top of the table.

Les Parisiens’ morale seemed to have drooped after the defeat against Nice in the French Cup final. However, they recovered with back-to-back victories against Lille and Rennes.

Kylian Mbappe and Lionel Messi were pivotal in those wins, with their partnership finally starting to click.

Messi has endured a lacklustre debut season with PSG, but his form has drastically improved in recent weeks.

The Argentine talisman racked up a goal and an assist against Lille and followed up with another impressive display against Rennes, setting up the goal for Mbappe in the final minute.

Mbappe has been at his usual best this season, racking up a total of 21 goals and 16 assists.

However, Mbappe and Messi await their biggest test of this season when PSG host Madrid in the first leg of the round of 16.

The superstars played a crucial role in PSG’s qualification to the knockout phase as they were combinedly involved in 15 goals during the group stage.

Messi boasts an imperious record against Los Blancos, but this will be his first meeting against his old foes since leaving Barcelona last summer.

Mbappe is also a familiar face to the Spanish giants, and it has been speculated he will move to Santiago Bernabeu this summer.

Neymar could return in time to face Real Madrid

Neymar has been sidelined since November after suffering an ankle injury against Saint Etienne.

However, PSG have been handed a massive boost regarding the Brazilian’s fitness, with recent reports stating he could make it to the Champions League squad.

But he is unlikely to make it to the starting XI, while fellow defender Sergio Ramos will not face his former club due to injury.

Pochettino’s job hanging in the balance

Mauricio Pochettino’s superb form in Ligue 1 appears to be not enough for Les Parisiens as they want the Argentine to lead them to the Champions League title.

Pochettino could be shown the exit door if he fails to win the UCL this season.

Carlo Ancelotti has done an incredible job at Bernabeu, transforming Los Blancos into a fearsome unit once again.

However, despite their dominance in the first half of the season, Madrid’s form has taken a slight hit in recent weeks.

They suffered a shock defeat against Athletic Bilbao in the Copa del Rey quarter-finals, and they were also held to a goalless draw against Villarreal in their recent La Liga encounter.

Karim Benzema’s absence was reflected in the performance against the Yellow Submarine, with Ancelotti’s men failing to capitalise with Vinicius Junior and Marco Asensio in attack.

Madrid were immaculate in the UCL group stage bar the upset against minnows Sheriff Tiraspol.

Ancelotti will want his side to be in the best shape when they face PSG and may have Benzema back in the line-up.

Like Messi and Mbappe, Marco Verratti will also be key for Pochettino against Madrid.

Verratti has been the lynchpin in an otherwise less-effective PSG midfield this season, producing some solid performances.

The 2020 European Championship winner put on a masterclass against Manchester City in the group stage, and he is expected to produce a similar kind of performance against Madrid.

Vinicius Junior has set La Liga alight this season with some breathtaking displays.

While the Brazilian winger has struggled for consistency over the last two seasons, he has come to his own this term.

However, his name has been missing on the scoresheet over the last few weeks, but he will be eager to break the drought against PSG.

Vinicius may shoulder the responsibility in attack if Benzema misses out.

Although both the teams boast star-studded names, PSG have a slight edge over Madrid. With home advantage and the presence of in-form Mbappe and Messi, Les Parisiens are expected to see through the first leg.