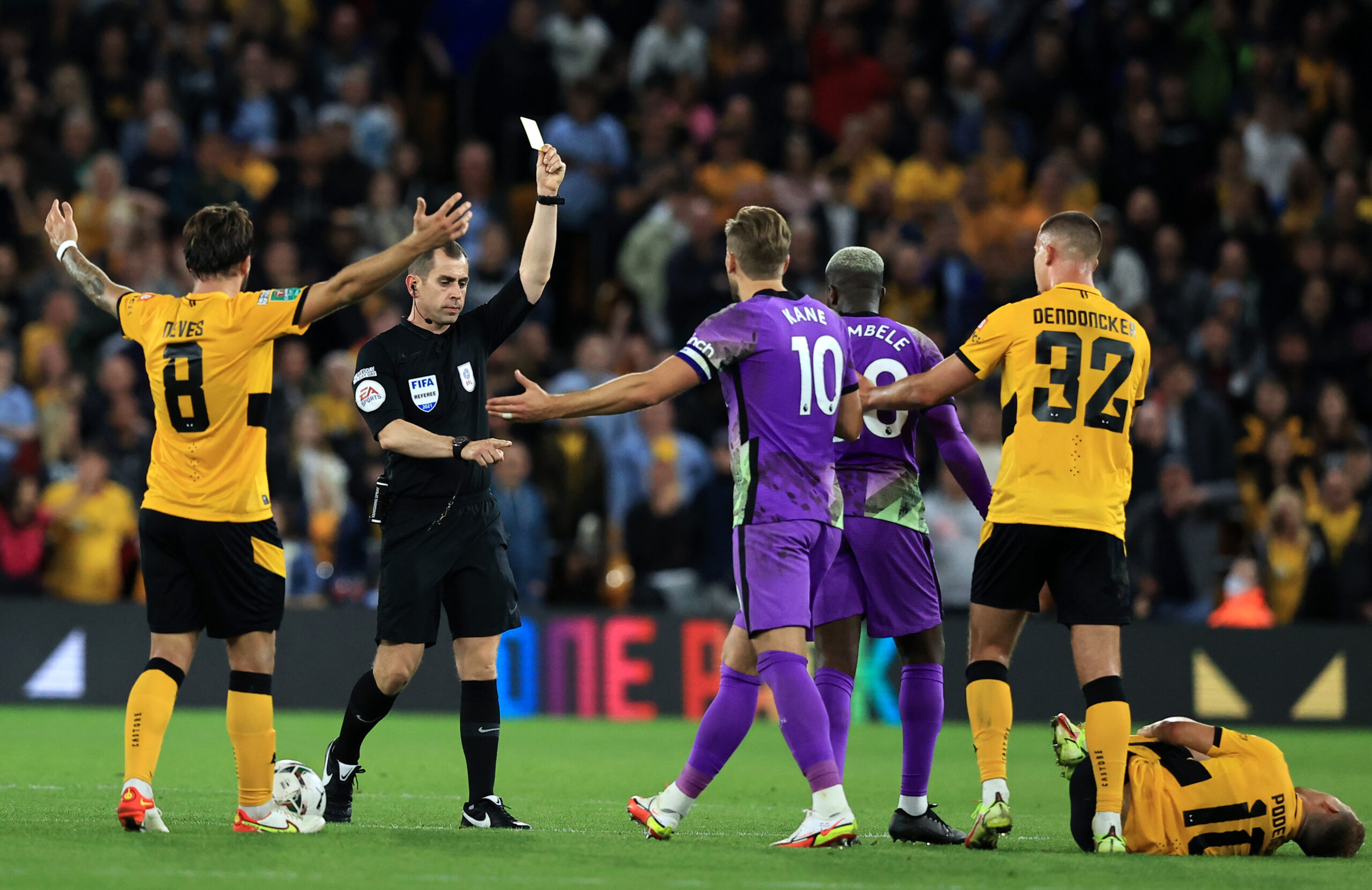 Spurs’ top-four ambitions took a major hit in midweek as they turned a 2-1 lead into a 3-2 defeat to Southampton at home, making it two league losses in a row.

The same goes for Wolves, who fell to a narrow 1-0 loss to Arsenal at Molineux, losing precious ground on fourth-placed West Ham United in the process.

However, both sides are still within touching distance of a coveted top-four finish, with just two points standing between the two of them ahead of the kick-off.

A victory for either side would be a giant step towards closing the gap on those above them in the Premier League table, while a defeat may prove detrimental to their top-four aspirations.

An evenly-contested battle could be on the cards in London, which ties in with the recent H2H record between Tottenham and Wolves in the Premier League.

All of the last three Premier League encounters between these two sides have featured two goals or less, with the previous two seeing one of them fail to find the net.

But after Dele Alli catapulted Tottenham to a hard-earned 1-0 win in the reverse fixture back in August, Spurs could register their first league double over Wolves since 2003/04.

Easier said than done, though, with Wanderers picking up two triumphs in their last three Premier League visits to Tottenham (L1), scoring precisely three goals in both those successes.

Antonio Conte enjoyed an eye-catching nine-game unbeaten Premier League streak to get his managerial reign at Tottenham off to a flying start (W6, D3).

However, Spurs have lost their last two league matches and Conte now faces the prospect of suffering three consecutive league defeats as a manager for the first time since November 2009.

On the bright side, the Londoners have netted 2+ goals in each of their last six Premier League outings at home and could make it seven on the trot for only the third time in the club’s history.

In addition to resurgent Harry Kane, Heung-min Son has been Tottenham’s main threat of late, racking up five goals and a pair of assists in his last seven league appearances.

Particularly dangerous after the break, the Korean winger registered each of those five goals beyond the 60th minute.

Wolves have been nothing short of outstanding on the road of late, winning their last three Premier League away games by an aggregate score of 4-1.

Another triumph would see Wolves put together four consecutive away victories in England’s top-flight for the first time since winning five in a row in April 1980.

Bruno Lage has based his side’s away success on a rock-solid backline that has conceded a league joint-low eight Premier League goals on hostile turf this season.

While Wolves’ defensive game has rarely ceased to amaze, they have encountered massive problems at the other end of the pitch, averaging just one goal per away league match this term.

Despite playing as a deep-lying midfielder, Joao Moutinho has found the net in his side’s last two Premier League travels, equalling his tally from his first 66 away appearances for the club.

But the Portuguese ace is unlikely to start due to a calf problem.