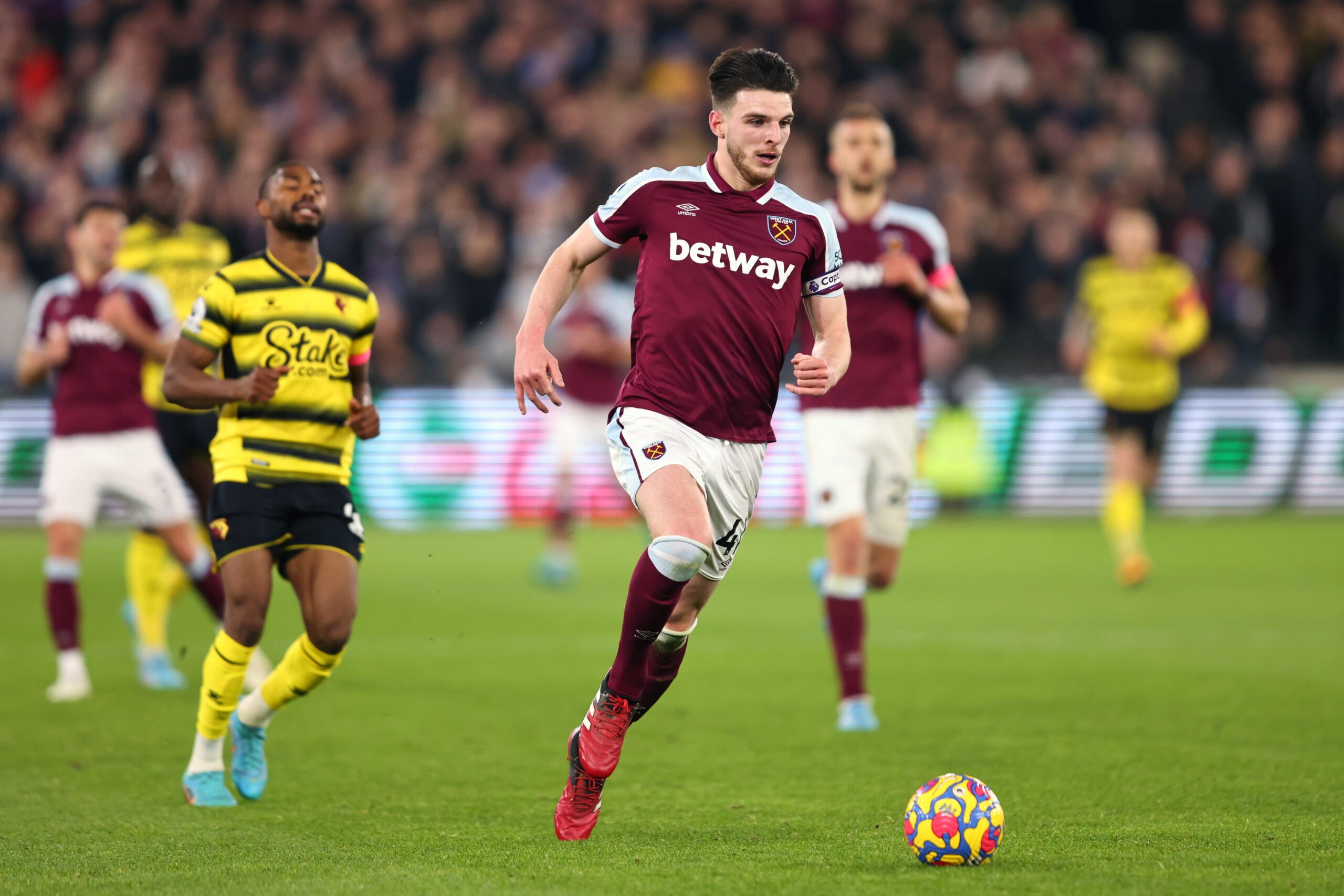 The 27-cap England international also reacted to rumours linking him with a summer move following another impressive individual season at the London Stadium.

“Extremely tough,” he said about Chelsea’s decision to release him at 14 on Gary Neville’s Overlap.

“Obviously, I was released at 14 by Chelsea, something that I didn’t expect at all.

“It was all I ever knew as a kid, you know, it’s my whole life, going there, training with the mates I’d met. And honestly, I felt like that was it – I was gutted, my dad coming home telling me after school.

“Other clubs find out before you get released about whether you’re going to be released or not, and that night I actually went and trained with Fulham.

“I trained with Fulham on Wednesday that night, and on Thursday I was at West Ham.”

“That was a tough one. Also shock, obviously, upset, so I thought where I’m going to go, what I’m going to do from here?

“I still don’t know the exact reason [why Chelsea released me] – I wish I did. I think it was probably down to the fact that when I was a kid I was actually tiny.

“I was going for a massive growth spurt at the time – my body wasn’t all connected together, my running pattern was really weird.

“Technical ability was fine, but in terms of the physical aspect of it, I was struggling.”

Rice, now an established Premier League midfielder and West Ham’s most prized asset, admits that he felt a sense of belonging since making his debut against Burnley on the last day of the 2016/17 Premier League season.

“As soon as I got on the pitch and obviously had my first touches, and you know, I played really well that day, I just felt like I’d belong there and it just felt natural,” he said.

“But there’s been times at West Ham where it’s been awful. A season before, it was like a relegation fight. It was awful, something obviously you don’t want to be a part of.”

However, West Ham have been on the upwards curve since Moyes’ returned to the helm in 2019.

Rice believes that the 58-year-old’s return brought stability and discipline at the London Stadium.

“Moyes came in and turned it around from his first meeting,” said Rive. He literally said – ‘Look, if you don’t want to be a part of it, you can all go’.

“And everyone was like, right, we’re on the same page here – we got rid of all the toxic ones and we’ve really pushed on, and since he’s come back as well, it’s been so positive.

“The dressing room is probably the best it’s ever been that I’ve been a part of, training’s unbelievable, the backroom staff… so yeah, the club is going in a really positive direction.”

Speaking on Moyes’ impact in the dressing room, Rice said: “He’s stabilised our stability – he’s made us really strong, hard to beat. Before he’s come, we were leaking goals and wasn’t running hard enough.

“He’s got us so fit. So we’re now hard to beat, we’re good on the counter-attack, we all know our jobs, we know he wants us to play and I feel like that’s what we needed as a club.”

Despite being followed by a host of top clubs in England and abroad, Rice deemed reports linking him with a West Ham departure ‘just noise.’

“Of course, if you’re performing well and there’s top clubs around, there’s always going to be people circling.

“But I never actually read too much into it or believe anything until something actually happens.