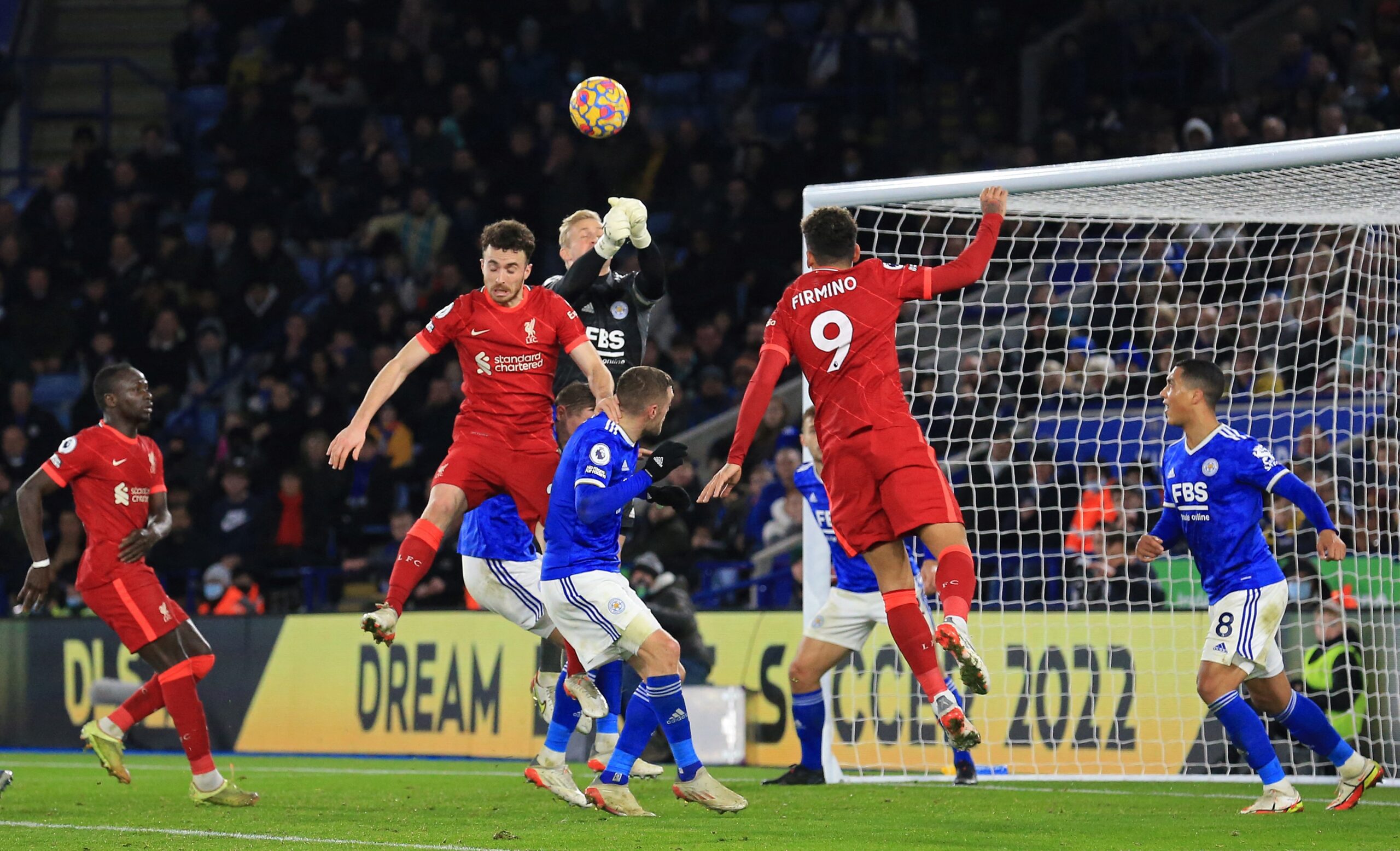 Anfield plays host to a Premier League showdown between Liverpool and Leicester City on Thursday.

With a game in hand on the reigning Premier League champions, the Reds are still in the title race, but they have no margin for error given City’s imperious domestic form.

In the meantime, mid-table Leicester come into this matchday on the back of an embarrassing 4-1 FA Cup defeat at the hands of Nottingham Forest.

A thoroughly underwhelming result in one of the five biggest stories of the FA Cup fourth round is the tip of the iceberg, with Brendan Rodgers’ men struggling with inconsistent showings for quite some time now.

The Foxes have only won one of their last four Premier League outings (D1, L2), falling ten points off the European qualification pace in the process.

Ademola Lookman’s goal on the cusp of the hour mark helped Leicester sniff out all three points in the reverse fixture after Mohamed Salah’s first-half miss from the spot.

Liverpool have now lost back-to-back Premier League meetings with the Midlands outfit, last losing three in a row against them in the top flight back in November 1963.

The Reds face the prospect of suffering a league double to Leicester for the first time since 1998/99.

However, you have to go back to May 2000 to find the Foxes’ last Premier League triumph at Anfield, as they have gone winless in their subsequent ten such encounters since (D2, L8).

After a run of three Premier League games without winning (D2, L1), Liverpool have racked up back-to-back league triumphs, scoring three goals on both occasions.

The Reds will be confident about their chances of making it three top-flight wins on the trot for the first time since mid-December after going unbeaten in their last 14 Premier League matches at Anfield (W10, D4).

Jurgen Klopp’s men have strung together five league victories on home turf, netting 15 goals while conceding just one in return.

Alongside Chelsea and Man City, Liverpool are the only Premier League side to have hit double digits in both halves of top-flight home action played this season.

Much of the credit for that goes to Salah, who tops the league’s scoring charts with a resounding record of 16 goals and nine assists.

But with Salah unlikely to start following Egypt’s AFCON final heartbreak, it will be up to Diogo Jota to take responsibility after netting six career goals at home against Leicester.

Leicester head into proceedings winless in their last two Premier League matches (D1, L1) despite taking the lead on each occasion.

They could go winless in three successive league outings for the first time since November, and the signs are ominous.

Rodgers’ men have gone from a pair of scoring Premier League draws on the road to back-to-back league defeats away from home, conceding eight goals in those losses.

The Foxes remain the only side from the upper half of the table to have shipped 20+ goals away from home this Premier League campaign (21).