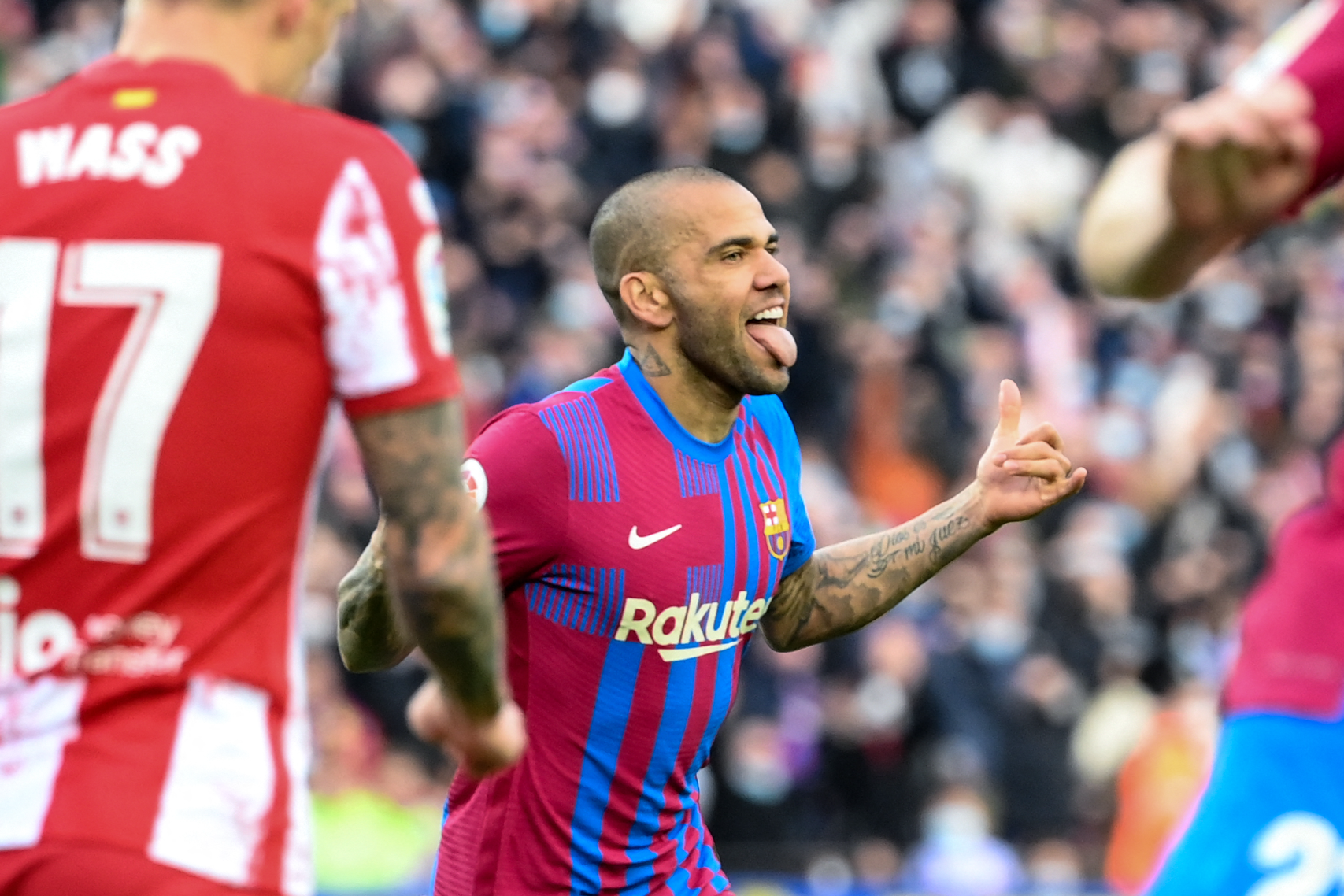 Barcelona hammered Atletico Madrid 4-2 at the Nou Camp on Sunday to move into fourth position in La Liga.

The defending champions took an early lead through Yannick Carrasco. However, the Catalan giants responded with an equaliser courtesy of a stunning goal from Jordi Alba.

Alba’s volley was set up by Alves, who picked out the Spaniard with a lofted ball.

The Brazilian full-back scored Barca’s winning strike at the start of the second half.

He was sent off around the 70th minute for a late foul on Atletico’s Carrasco, but Barca saw out the game to leapfrog Atletico in the standings.

Alves’ performance was reminiscent of his prime years at the Nou Camp in the last decade, during which he was also regarded as the best full-back in the world.

The Brazilian’s return to the club divided the fans due to his age, but he proved his doubters wrong with a class display on Sunday.

Not only did he score and assist against Atletico, but Alves also pulled the strings from midfield by acting as an inverted full-back.

His long balls, cross-field passes and ability to find runners behind the last line of the defence caused all sorts of trouble to Simeone’s men.

The Brazilian will play a pivotal role for the remainder of the games, with Barca aiming for a top-four finish despite a disastrous start to the season.

Barca will take on Napoli in the Europa League next week, and Alves will not be part of the squad.