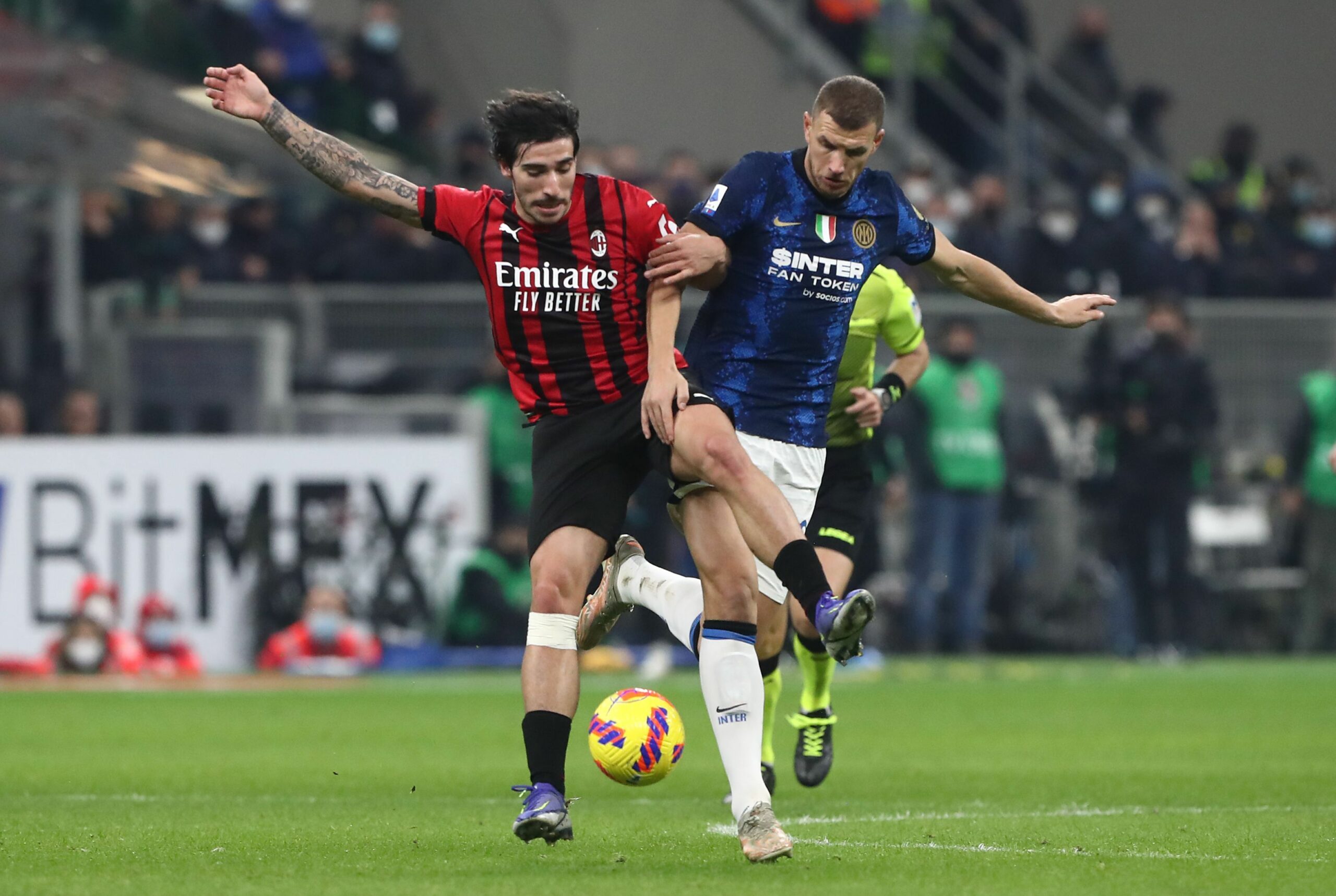 With four points separating city rivals ahead of the kick-off and the Nerazzurri boasting a game in hand, this could be a pivotal fixture for the Rossoneri’s title bid.

A potential defeat could spell disaster for Milan’s hopes of landing their first Scudetto since 2010/11 as it would provide Inter with plenty of breathing room heading into the crunch period of the season.

However, a victory for Stefano Pioli’s side could ruffle some feathers in Simone Inzaghi’s campaign despite the defending champions’ utterly impressive domestic campaign.

A come-from-behind 2-1 victory over newly-promoted Venezia on the stroke of the international window extended Inter’s unbeaten run in Serie A to 14 matches (W11, D3), setting them up nicely for this showdown.

Meanwhile, the seven-time European champions have gone from three consecutive league triumphs to back-to-back games without winning (D1, L1), including a scoreless draw with arch-rivals Juventus last time out.

Stefan de Vrij’s own goal cancelled out Hakan Calhanoglu’s deadlock-breaker from the spot as Inter and Milan shared the spoils in the reverse fixture back in November.

Following a 1-1 stalemate at the San Siro, old foes could draw both seasonal encounters in Serie A for the first time since 2015/16, when Pioli was in charge of the Nerazzurri.

But given the recent H2H record, avoiding defeat could be considered a success in the Milan camp, considering they have only won one of their last 11 top-flight meetings with Inter (D4, L6).

The Rossoneri have only kept one clean sheet during that 11-game sequence, and with several high-profile absences at the back, they are unlikely to improve that record here.

Coming into this matchday, Inter are undefeated in their last 28 Serie A outings on home turf, setting the second-longest such run in the club’s history.

Their last home defeat came at the hands of Milan back in October 2020, courtesy of Zlatan Ibrahimovic’s quickfire brace within 16 minutes of play (1-2).

Despite losing star striker Romelu Lukaku to Chelsea last summer, the reigning Italian champions have been nothing short of outstanding in the final third this season.

They are the only Serie A side to have smashed a 50-goal barrier this term, having netted a staggering 53 goals after 22 league matches, averaging 2.4 per game.

Given their exceptional scoring prowess, it comes as no surprise that they have won all five top-flight fixtures after conceding the opening goal this season.

After drawing a blank against Juventus, Milan face the prospect of going two Serie A matches without scoring for the first time since February 2020.

But even though they will only be nominal visitors in this mouth-watering fixture, the Rossoneri can draw inspiration from their impressive away form.

Since falling to a ‘goal-friendly’ 4-3 defeat at Fiorentina in mid-November, they have strung together four Serie A travels without losing (W3, D1), netting 3+ goals in each win.

Milan’s tally of 27 goals scored across 11 road trips in the championship is second to none, with another league-high 16 of those strikes arriving beyond half-time.

Their defensive game could use some improvement, though, with the Rossoneri conceding at least once in eight of their 11 Serie A matches as a visiting team this term.