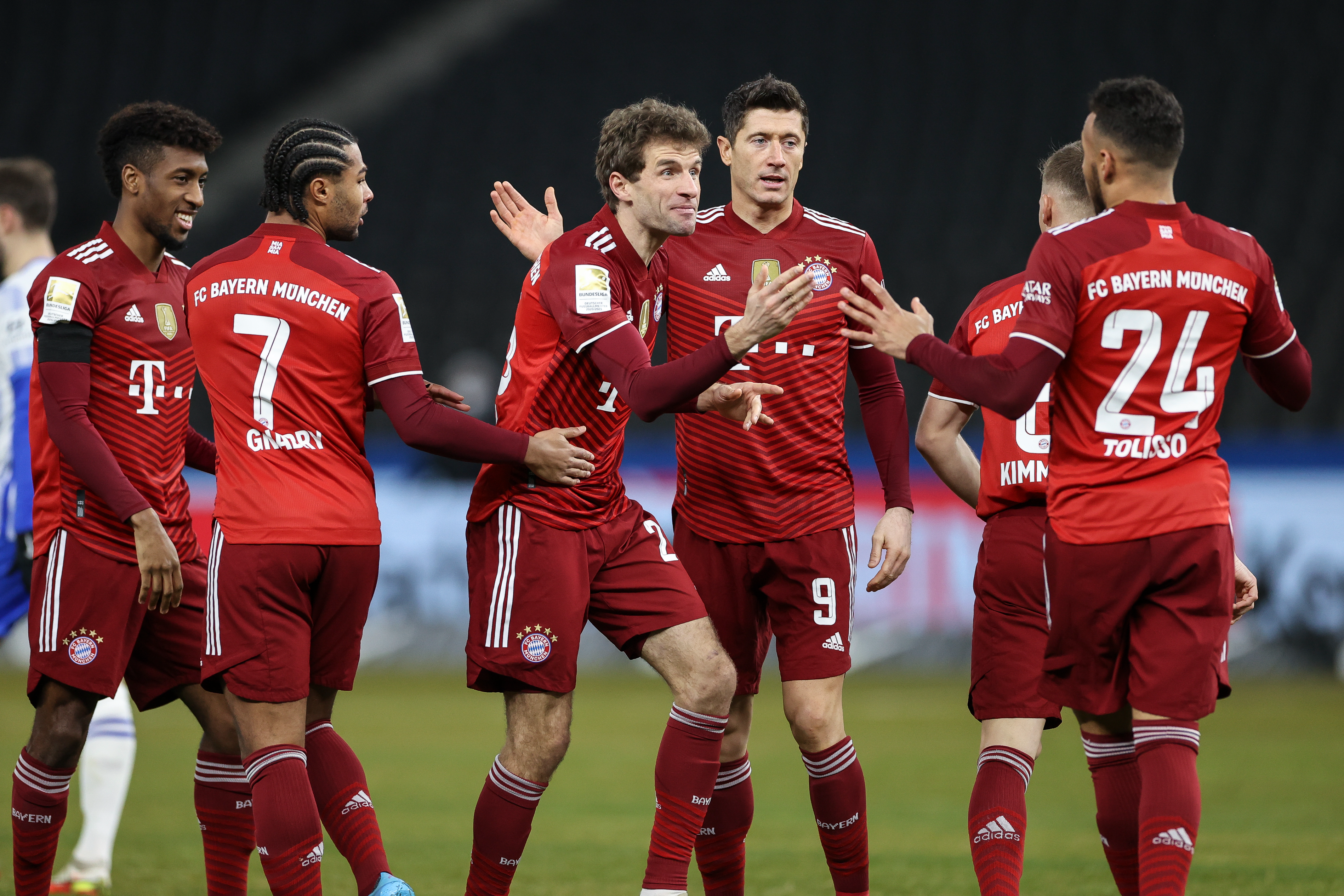 Bundesliga is set to resume this weekend after the international break, with Bayern Munich hosting RB Leipzig in a crunch encounter.

Bayern, who are six points clear at the top of the table, will look to extend their lead while Leipzig will continue their fight for the top-four race.

Julian Nagelsmann has undoubtedly exceeded his expectations at Allianz Arena following his move from Leipzig.

It can be argued that the young German gaffer has inherited an already lethal squad that won the sextuple under Hansi Flick. But credit has to be given to Nagelsmann for making Bayern an even more dangerous side this season.

On his visit to Red Bull Arena in the reverse fixture, Nagelsmann witnessed Bayern rip apart his former side 4-1.

He is now looking to make a league double against Die Roten Bullen, who visit Allianz Arena on Saturday.

Bayern’s impressive form hit a stumbling block with a 2-1 defeat against Borussia Monchengladbach.

However, they are back on track after back to back thumping victories against Cologne and Hertha Berlin, with Robert Lewandowski netting a hat-trick against the former.

The Bavarians will be looking for a win against Leipzig, as they would strive to avoid second-placed Borussia Dortmund gaining any momentum.

Domenico Tedesco is off to an impressive start at Leipzig since replacing Jesse Marsch as the club’s head coach in December.

Tedesco has put Leipzig’s initial troubles behind and led the Saxony-based club to five wins out of seven games in all competitions.

Leipzig are coming on the back of consecutive league wins against Stuttgart and Wolfsburg, and they are now looking to exact revenge for their reverse fixture defeat against Bayern.

They are currently sixth in the table with 31 points, and they can draw level with fourth-placed Union Berlin if they pull off a victory against Bayern.

The visitors’ attacking line-up is stacked with talented youngsters like Christopher Nkunku, Andre Silva and Dominic Szoboszlai, and they can give Bayern defenders a run for their money.

Joshua Kimmich put on a terrific display against Hertha in the 4-1 win.

The German midfielder collected two assists to his name, and he hardly put a foot wrong in every action he took.

Kimmich has found his groove back after missing a handful of games due to COVID-19. He will look to replicate another masterful performance from the middle of the park against tough-looking Leipzig.

Christopher Nkunku has been in imperious form this season, racking up 17 goals and 13 assists in all competitions.

The 24-year-old has stolen the headlines on many occasions as he did in the Champions League with a hat-trick against Manchester City.

Nkunku was previously on target against Stuttgart, and he will be looking to make a big impact against Bayern on Saturday.

Although Bayern have the advantage in terms of head to head records ( W8 and D1 in 13 games), they can’t afford to take Leipzig lightly.

Both teams have high-quality players led by tactically astute managers. There is a big chance the spoils could be shared.