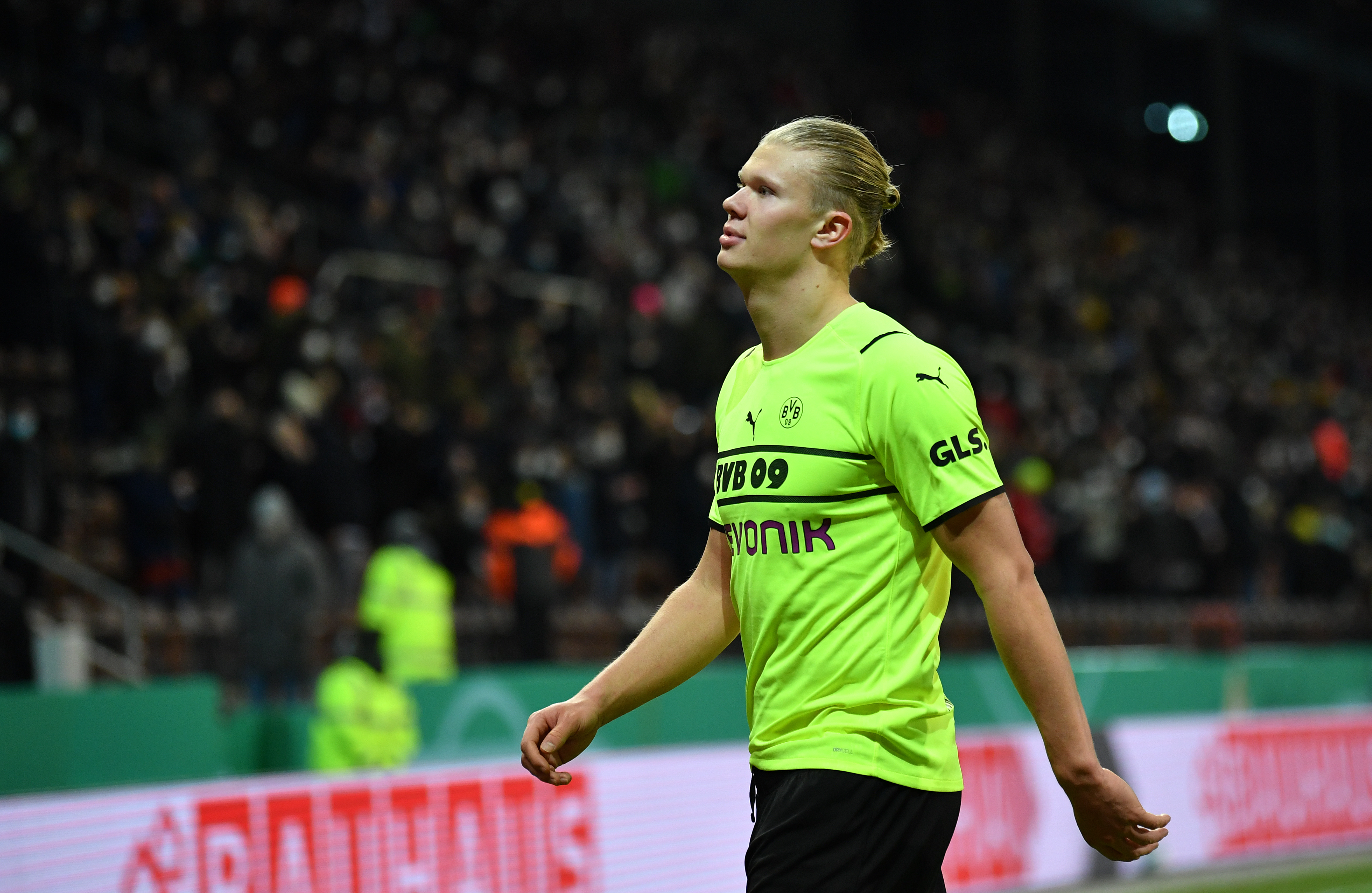 Libertad Digital claims the Spanish giants have contacted his agent Mino Raiola ahead of a potential transfer in the summer.

Haaland continues to be a top target for many European giants as he is tipped to leave Dortmund this summer.

Reports have previously stated Los Blancos were considering giving up their chase for the Norwegian striker, with their priority being Paris Saint-Germain superstar Kylian Mbappe.

Mbappe’s contract at PSG expires in the summer, and Madrid have reportedly reached a pre-agreement to sign the French international on a free transfer.

However, the Spanish giants are still looking to play Haaland next to Mbappe in what would be a dream line-up.

Madrid fear that Manchester City could scupper their bid, with the Premier League club also in the race for the 21-year-old.

The English champions are in the market for a new striker, having failed to persuade Tottenham Hotspur striker Harry Kane to the Etihad Stadium last summer.

Dusan Vlahovic had been touted as a top target, but the Serbian striker moved to Juventus from Fiorentina in a big-money move in the January transfer window.

Santiago Bernabeu is said to be Haaland’s preferred destination if he moves to Spain, but it remains to be seen whether he can be Madrid’s poster boy with the prospective arrival of Mbappe.

Haaland would have the chance to grow into a phenomenon under Pep Guardiola and make the Cityzens an unstoppable force in Europe.