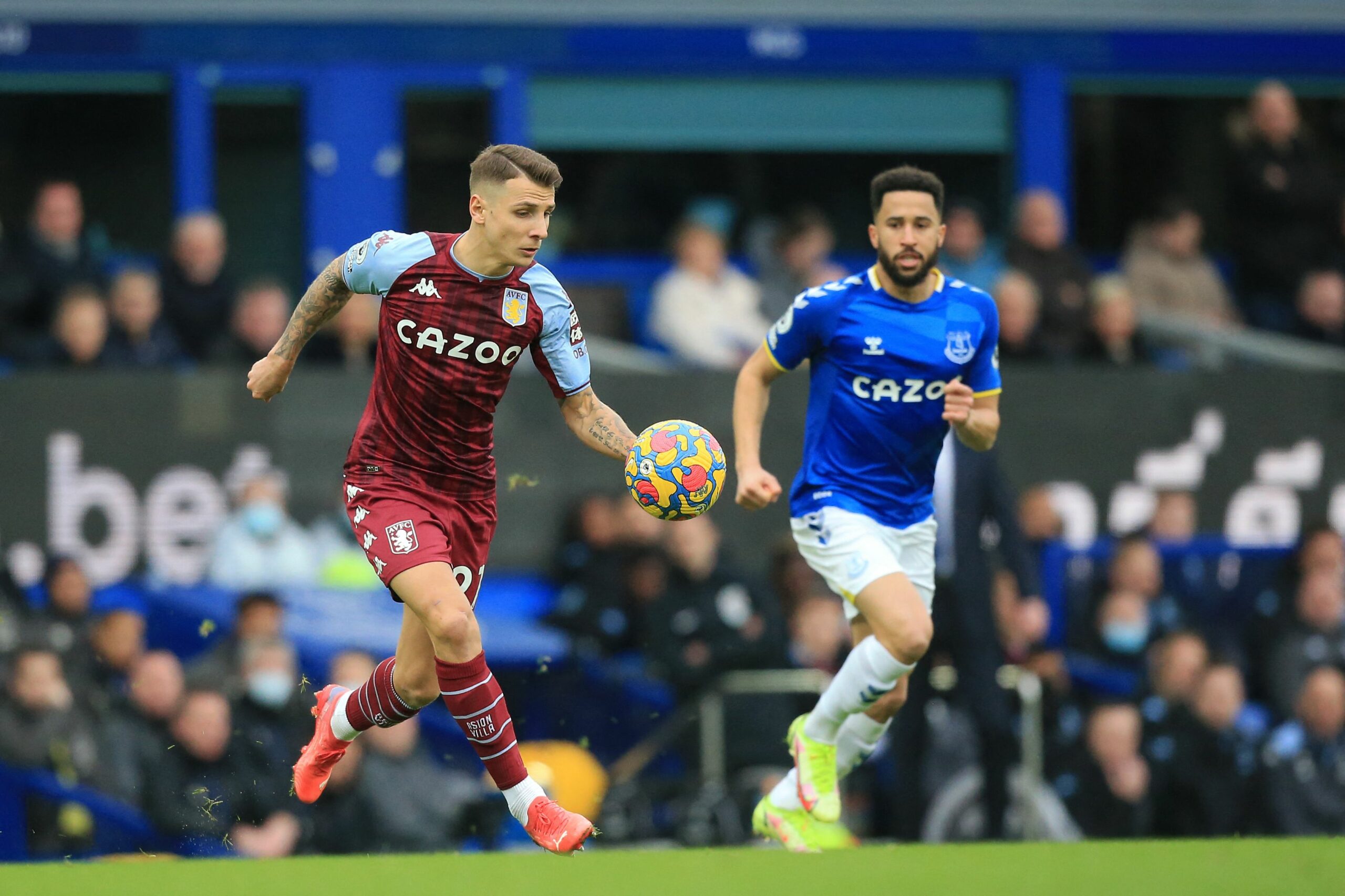 The January 2022 transfer window has officially slammed shut, and it has undoubtedly been one of the most eventful winter windows in recent memory.

Newcastle United’s financial freedom under their new ownership was the main attraction, but there was lots of business happening elsewhere as we will explore here.

Arsenal certainly tried to sign some new players this winter as they were reportedly interested in Dušan Vlahović (who ended up moving to Juventus) and Bruno Guimarães (who moved to Newcastle United), but there were no new additions to their squad apart from American centre-back Auston Trusty, who will remain in Colorado on loan for now.

The Gunners did have some notable departures, with Pierre Emerick Aubameyang top of the list as he signed for Barcelona on a free transfer.

Sead Kolašinac and Calum Chambers also left on frees, while Ainsley Maitland-Niles and Pablo Marí moved to Roma and Udinese respectively on loan. Overall, this has been a subdued and slightly disappointing window for them.

One club that have not been subdued or disappointing this month are Aston Villa, who made some big moves in Steven Gerrard’s first transfer window at the club.

Robin Olsen was signed on loan as a back-up goalkeeper option, while Philippe Coutinho also came over from Barcelona and had an immediate impact.

Left-back Lucas Digne from Everton for £25 million and Calum Chambers from Arsenal on a free transfer have bolstered the defensive department. All of these additions constitute a very successful January for the club.

In terms of outgoings, there have only been loans as Matt Targett is off to Newcastle United, Anwar El Ghazi made the move to Everton, and Jed Steer, Keinan Davis and Cameron Archer among others have been loaned to Championship clubs.

Brentford have not quite been as active as Villa, but they do have two major signings to speak of. Most notably, they are enabling Christian Eriksen to make his Premier League return after the horrific incident at the European Championships last summer.

They have also signed Jonas Lössl on loan from Midtjylland to add depth to the goalkeeping department. All of their departures are loans, with no real key players leaving.

Brighton have also secured several loans for some of their young talents, which includes new signing Kacper Kozłowski, with the highly-rated Polish teenager set to spend the rest of the season at partner club Royale Union Saint-Gilloise in Belgium.

Their only permanent departures are Jürgen Locadia on a free transfer to Bochum and Dan Burn to Newcastle for around £15m.

In terms of arrivals, Brighton left it very late to announce the signing of striker Deniz Undav from Union Saint-Gilloise, where he will stay on loan until the end of the season.

The 25-year-old German has absolutely ripped the Belgian Pro League apart with 18 goals and nine assists in 25 appearances for the surprise league leaders, so he should be a success for a side that could use someone who regularly features on the scoresheet.

They seem to be getting him at a reasonably low price at under £6m, which is another positive in what looks likely to be a brilliant deal for the Seagulls.

Burnley have had a very straightforward window with just one out and a direct replacement in. Chris Wood left for Newcastle for about £25m in a deal that initially seemed to dent their survival hopes, but in Wout Weghorst, they have arguably secured an upgrade on the New Zealand international.

Weghorst has scored 14 or more league goals in each of his last seven seasons, while Wood has only done so twice in his entire career.

Chelsea have had a very quiet winter with most of their transfer business focused on securing good loans for their upcoming youngsters, but they did try quite hard to add depth to the left wing-back position.

The Blues did their very best to recall Emerson Palmieri from Lyon but could not reach an agreement with the French club and had to settle with bringing back Kenedy from Flamengo instead.

Crystal Palace did little in the winter apart from making Jean-Phillipe Mateta’s move from Mainz permanent, but they did seem to be frontrunners to land Donny van de Beek on loan from Manchester United for quite some time.

They also signed exciting young prospect Luke Plange from Derby County, although he will remain there on loan for the rest of the season.

They also signed Dele Alli on a free transfer with clauses that can take the deal over £30m, which was another move influenced by Lampard.

More business was done previously under Rafael Benítez, as alienated left-back Digne left for Villa with Anwar El Ghazi moving the other way on loan.

There has just been one change in the Leeds United squad, as young defender Cody Drameh has left for Cardiff City on loan.

The real good news for them is Raphinha is still at the club after lots of speculation surrounding him and Bayern Munich early in January.

Leicester City have also only seen one transfer made in the month, with centre-back Filip Benković leaving the fringes of the squad to move to Udinese on a free transfer.

Liverpool have been busier than expected in January, making a fair few deals. Rhys Williams returned from his loan spell at Swansea with Nathaniel Phillips has left for Bournemouth temporarily, but the headlines have come in the attacking positions.

The Reds were in negotiations with Fulham to sign highly-rated teenager Fabio Carvalho but failed to strike a deal.

However, they did manage to bring Luis Díaz in from Porto for a deal that could get close to £50m. We covered that move in greater depth here:

Apart from the usual loans for youngsters and CFG players, Manchester City saw some changes to their attacking options.

Ferran Torres left to join Barcelona for a deal that could cross the £50m mark, while over a third of that money was spent on Julián Álvarez, who will remain at River Plate for the rest of the European season. We had a closer look at him here:

Manchester United solely focused on loans this winter, as Axel Tuanzebe, Anthony Martial, Amad Diallo and van de Beek have left the club until the end of the season for Napoli, Sevilla, Rangers and Everton respectively.

Tahith Chong is back from Birmingham City as the only addition to their squad, but they will have more business to do in the summer with a new manager at the helm.

Newcastle had one of the busiest January transfer windows in human history, so much so that we had to dedicate a whole separate article to them. You can find that here:

It has been loans all around for Norwich City as well, but no notable changes to their senior squad.

Southampton have also been quiet, making just one permanent transfer which saw Willy Caballero brought in as a free agent to add depth to their goalkeeping options.

Tottenham Hotspur were linked with a fair few players including Luis Díaz and Sofyan Amrabat with a few days left in the window, but they ended up doing all of their business on deadline day.

Alli left for Everton permanently as aforementioned, while loans for Tanguy Ndombele to Lyon, Bryan Gil to Valencia and Giovani Lo Celso to Villarreal were secured.

Two players who did end up joining were both from Juventus, as Rodrigo Bentancur made the permanent switch for over £15m and Dejan Kulusevski tagged along on loan with an option to buy.

It should be interesting to see how Bentancur fairs in a two-man midfield if that is how Antonio Conte continues to set his side up but 21-year-old forward Kulusevski should attract more attention as he failed to kick on at Juventus after a breakout season at Parma in 2018/19 when he played a part in 18 goals in Serie A.

Watford have been relatively busy in this transfer window, as they have made several signings to bolster their bid to stay in the Premier League besides appointing Roy Hodgson as their new manager.

Maduka Okoye will not be a part of that effort as he has been loaned back to Sparta Rotterdam, but centre-back Samir from Udinese, left-back Hassane Kamara from Nice, defensive midfielder Edo Kayembe from Eupen, right-winger Samuel Kalu from Bordeaux and attacking midfield Yaser Asprilla from Envigado have come in for a cumulative sum that crosses £16m.

The sheer volume of players for that sum looks positive and the likes of Kayembe and Kamara have looked impressive so far, but whether this window can be considered a success still depends on the outcome of the Hornets’ battle against relegation, especially as they continue to remain thin in the centre-back department.

West Ham United have only seen one permanent move as young centre-back Fredrik Alves has departed for Brøndby after cutting his loan at Sunderland short.

There was speculation around a new centre-forward late on with Benfica’s Darwin Núñez linked with a move to the Hammers, but nothing concrete came of it in the end.

Loans have also been the main feature of Wolves’ transfer window, most notably with Adama Traoré leaving for Barcelona besides new signings Sang-bin Jeong and Hayao Kawabe who have gone to partner club Grasshoppers Zürich (with the latter signed from there too).

The only permanent deal that involves a player staying at the Molineux is for Chiquinho from Estoril for close to £3m.