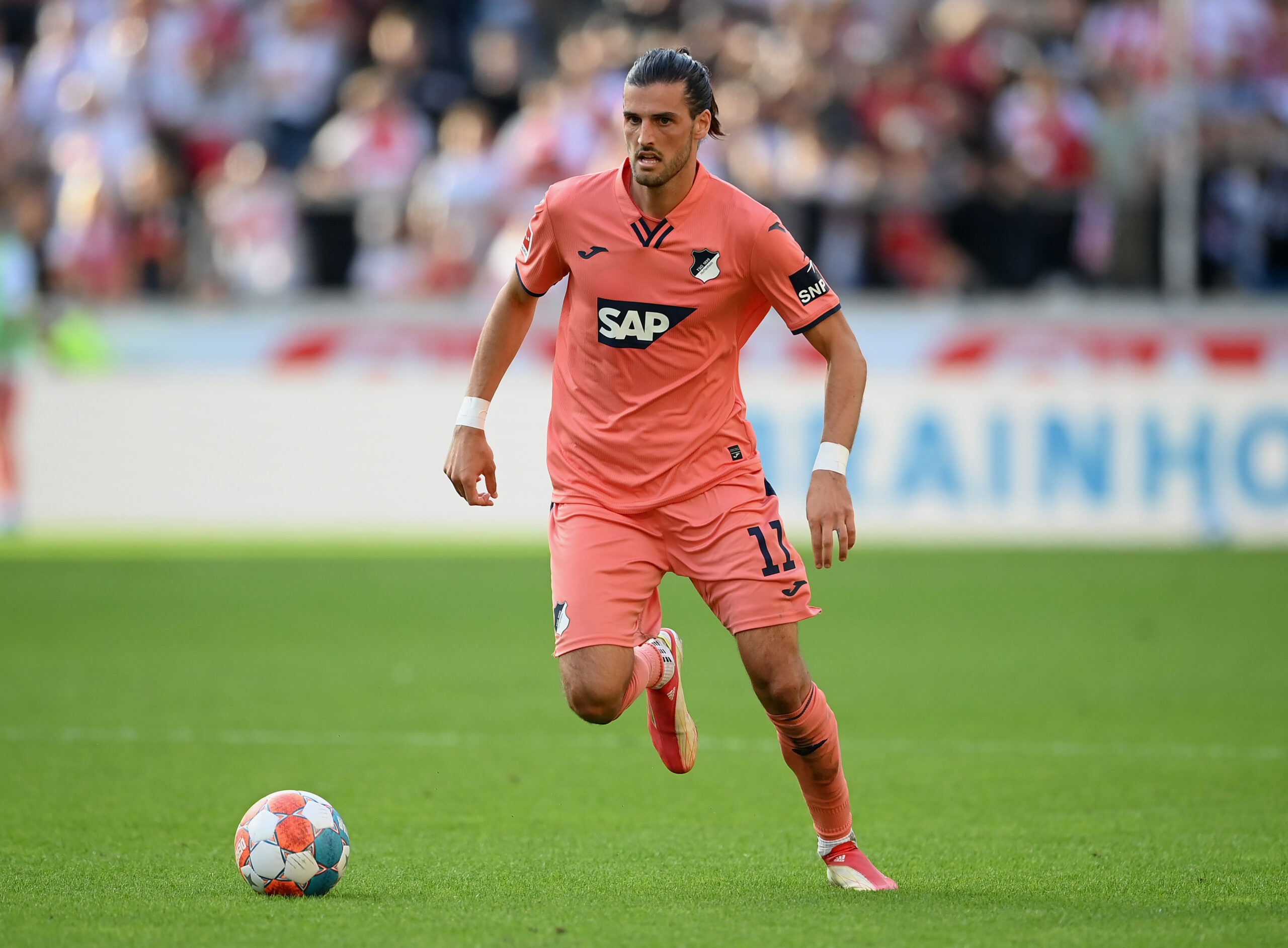 Arsenal and Newcastle United are among the clubs interested in signing Hoffenheim midfielder Florian Grillitsch on a free transfer, Kicker reports.

The Austria international has been with Hoffenheim for the past four seasons, but he is looking for a way out at the end of the current campaign.

His current deal expires in less than five months, and it is now reported that there is a high chance that he could leave on a Bosman move this summer.

Roma and Napoli are keeping tabs on his situation, but there is also interest from the Premier League.

Grillitsch recently changed his agency to ICM Stellar Sports, and they could play a key role in him moving to the English top-flight ahead of next season.

The 26-year-old can play in either the defensive midfield or central defensive position. He has impressed with his solid tackling and interception skills.

His versatility and sound defensive awareness will no doubt attract interest. The change of agency could boost his prospects of heading to England.

The Jonathan Barnett-owned group represent some of the elite footballers around the world, including Jack Grealish and Gareth Bale.

They also have a good association with the Gunners and Magpies. Kieran Tierney, Rob Holding and Jonjo Shelvey are among the players tied to them.

Grillitsch has made 145 appearances for Hoffenheim to date. He was initially fancied to leave the club last month before testing positive for COVID-19.

He is currently free to negotiate a pre-contract with a foreign club, and it remains to be seen whether the Gunners or Magpies step up their pursuit.

The Gunners were keen on landing a midfielder last month but failed in their efforts. They could not negotiate a suitable loan deal for Juventus’ Arthur.

By contrast, the Magpies sealed a surprise move for Lyon’s Bruno Guimaraes. The Brazilian was heavily linked with the Gunners at one point.