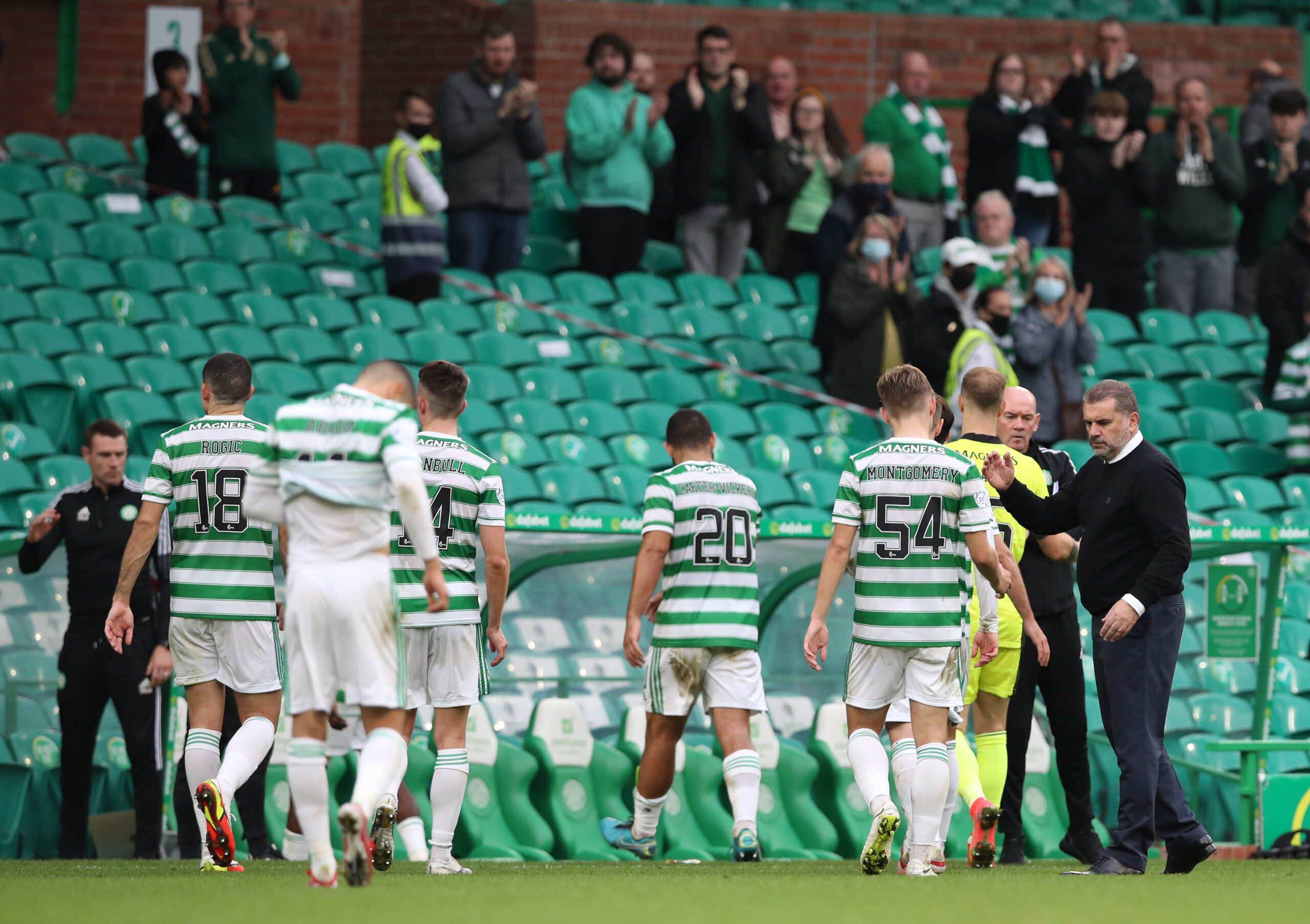 Celtic and Rangers clash for the second Old Firm derby of the season on Wednesday.

Rangers currently lead the Scottish Premiership table, sitting two points ahead of their opponents. A win will give them a healthy lead as they look to defend the title.

However, a victory for the Bhoys would take them above their arch-rivals. The derby is always the marquee SPL fixture and with the title race implications at stake, this one is doubly-important.

In the reverse fixture, the Teddy Bears won 1-0 thanks to Filip Helander’s goal. However, that was while Steven Gerrard was in charge – the Englishman has since departed for Aston Villa.

New manager Giovanni van Bronckhorst remains unbeaten in the league at his new club. However, this is his toughest test by a distance.

Callum McGregor could be in line to return to Celtic’s starting XI. He missed the two previous Celtic fixtures – wins against Hearts and Dundee United – after suffering a facial injury in the match prior.

Manchester United loanee Amad Diallo made his debut over the weekend, and scored after just four minutes. He is expected to keep his place in the starting XI.

Steven Davis could make his first appearance of the new year. Filip Helander is unlikely to be fit in time, having been sidelined since September, and Ianis Hagi remains a long-term absentee. Alfredo Morelos is away on international duty with Colombia.

Both sides have been in near-perfect form over the last few months. Ange Postecoglou’s men have won 14 and lost none of their last 16 league outings, in a run that stretches back to September.

As for the away side, they have only lost one league game in the last two seasons, with that defeat coming against Dundee United in August.

They have picked up 53 points from 21 matches since then – although they dropped points against Ross County on Saturday due to a 95th-minute equaliser.

The Old Firm is always a fiery game. This one has added importance, given its potential impact on the title race.

With both sides in exceptional form, it is almost impossible to predict how this one will turn out. Both sides have scored plenty while also boasting relatively tight defensive records.

All things considered, we can expect it to be a tight game.