Scout Report: Liverpool are signing one of the most exciting South American wingers in Luis Díaz 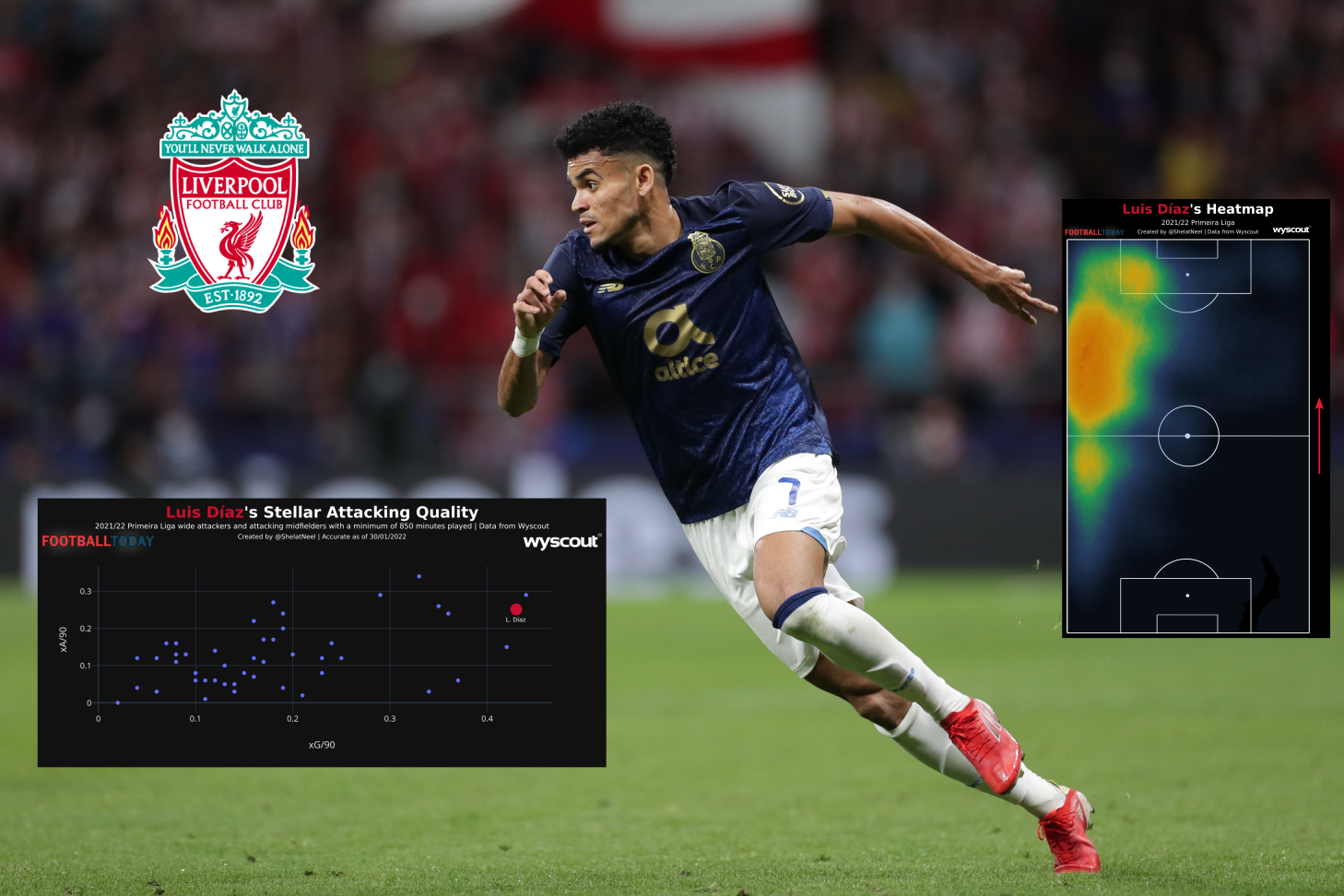 Liverpool have left their January transfer business very late, but they have finally announced their big signing of the winter transfer window.

Colombian winger Luis Díaz has left Porto to join the Reds in a deal that is reportedly worth north of £33 million, which could ultimately get close to £50m should specific clauses be activated.

The 25-year-old Colombian international has arguably been the best player in the Primeira Liga this season, so let us take a closer look at his stats and skills to see how he might fit at Liverpool.

Díaz is primarily a right-footed left-winger, but he has had to play a slightly deeper role due to Porto’s use of a 4-4-2 formation.

This is good news for Liverpool in a way, as it means that his defensive work rate is already up to scratch and he should not have too many problems adapting to their Intense defensive system.

This is highlighted in his average of under four defensive duels contested per 90 in the league this season.

Most of the time, Díaz finds his team in possession (Porto’s average of 64.5% is the highest in the league this season), and in such situations, he is able to get high up the pitch. His tendency to receive the ball out wide and then cut inside with it is highlighted in his heatmap.

The Colombian international’s attacking output this season has been nothing short of stellar. He is the second-highest scorer with 14 goals, and his four assists put him joint-top in terms of goal contributions. The Porto man’s underlying numbers are not bad either.

Apart from goals and assists, the highlight of Díaz’s game is his ball control and dribbling. The Colombian international has attempted the seventh-most dribbles per 90 in the league with 4.4, completing over 61%.

This is evident in most of his trademark goals, which involve cutting inside from the left and finishing with his right foot.

With an average of 3.43 shots per 90 this season in the league, it is evident that he tries this quite regularly.

Additionally, he is not a bad one-on-one finisher either.

The 25-year-old Porto man does more than just score, though. His chance creation is quite impressive as he has the fifth-highest key passes per 90 average in the Primeira Liga this season with 2.3, while also delivering 2.25 crosses per 90. Further, he also makes over four progressive carries per match.

In short, Díaz is one of the most complete natural left-wingers you will find, with the ability to get everyone off their seats with the ball at his feet.

As good as Díaz has been in the Primeira Liga this season, we have to be cautious before making overly ambitious predictions for the rest of his campaign in the English Premier League, as the jump is quite a big one.

He will almost certainly be used in the left-sided attacking spot in Liverpool’s 4-3-3, meaning that he will primarily be competing with Sadio Mané for starts.

The Senegalese forward’s contract expires in the summer of 2023, so it will be interesting to see if he is offered a new deal following this signing.

One thing is certain, and that is that Díaz is an incredibly talented player who has the potential to become a key figure at a club like Liverpool.