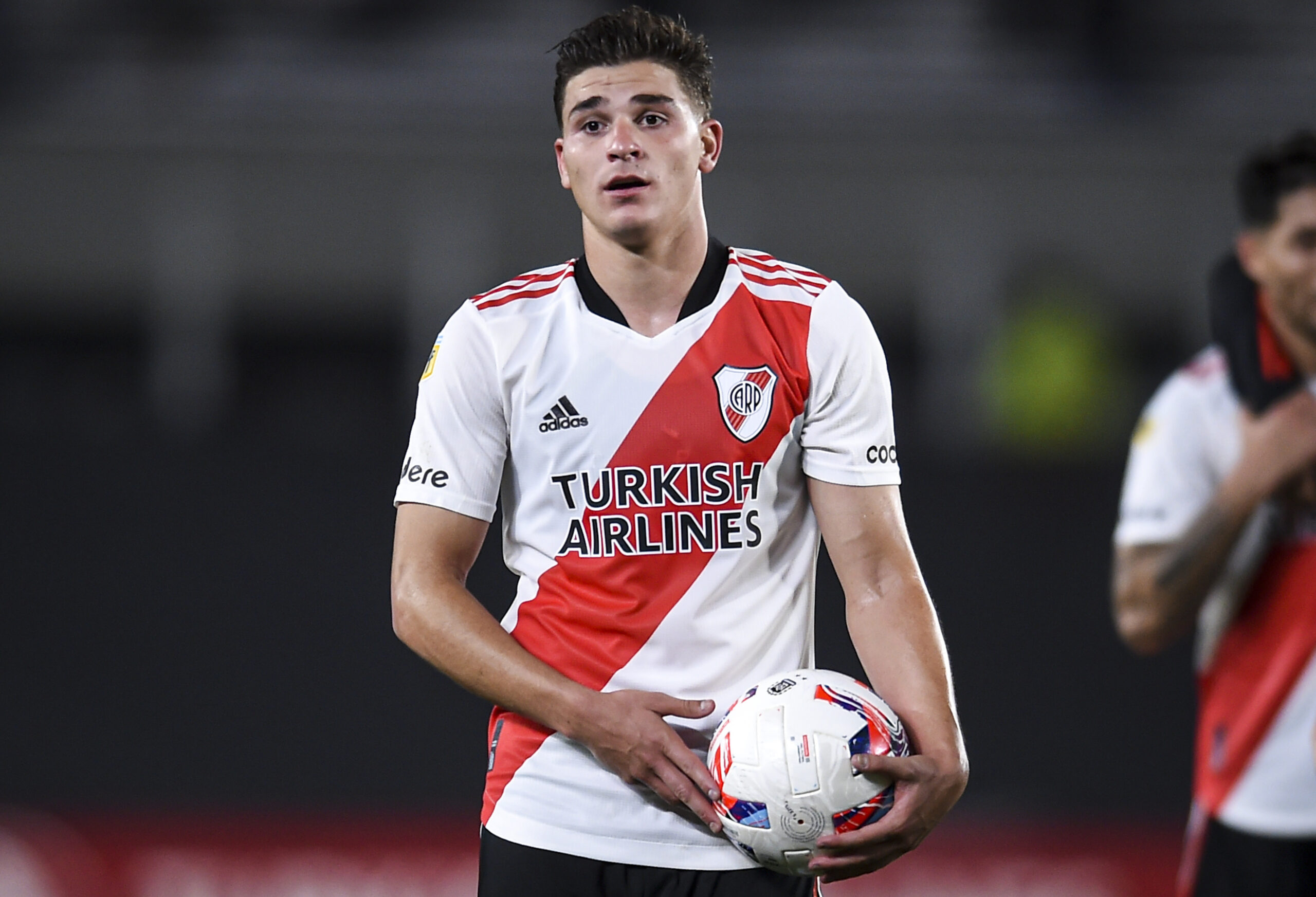 Manchester City and River Plate have signed all paperwork for Julian Alvarez ahead of the Argentine’s switch to Europe, reports Fabrizio Romano.

But even though Pep Guardiola is in desperate need of an out-and-out striker this season, Alvarez is expected to complete his move to the Etihad in the summer.

Man City have splashed out around €16 million to get the deal over the line, which could be considered a bargain, given today’s market prices.

Half of Europe was interested in signing one of the most exciting young prospects in South American football.

However, the Cityzens have long been confident of beating fierce competition from Real Madrid and several Serie A clubs, including Inter Milan and Juventus.

Who is Julian Alvarez?

Alvarez was in a scintillating form in 2021, helping River Plate lift their 37th Primera Division title last season while earning his maiden cap for Argentina in the process.

The 21-year-old bagged a staggering 17 goals and seven assists from 21 top-flight appearances in the 2020/21 season, gaining a few flattering individual accolades for his achievements.

But instead of meeting his new teammates straight away, Alvarez will spend the remainder of the season in his homeland before heading to Manchester in the summer.

Although his impending arrival should be a major coup for Man City, Guardiola will have to work with his current attacking options in the second half of the season.

A lack of a true No 9 has sporadically caused trouble to his otherwise free-scoring side this term, especially with Gabriel Jesus’ inconsistent performances.

While waiting for Alvarez to become an active squad member, Guardiola will continue to rely on Raheem Sterling and Bernardo Silva to shoulder the scoring burden.

Sterling has regained his confidence throughout this season following a topsy-turvy summer, re-establishing himself as a fan favourite at the Etihad.

Alongside Silva, the Englishman is the club’s joint-top scorer in the Premier League this term with seven goals.

The star duo has carried the Cityzens to an imperious 13-game unbeaten run in England’s top-flight, helping Guardiola’s side build a substantial nine-point lead at the summit.

With Man City fixtures coming thick and fast, starting with their FA Cup match against Fulham on February 5, Sterling and co can ill-afford to rest on their laurels.