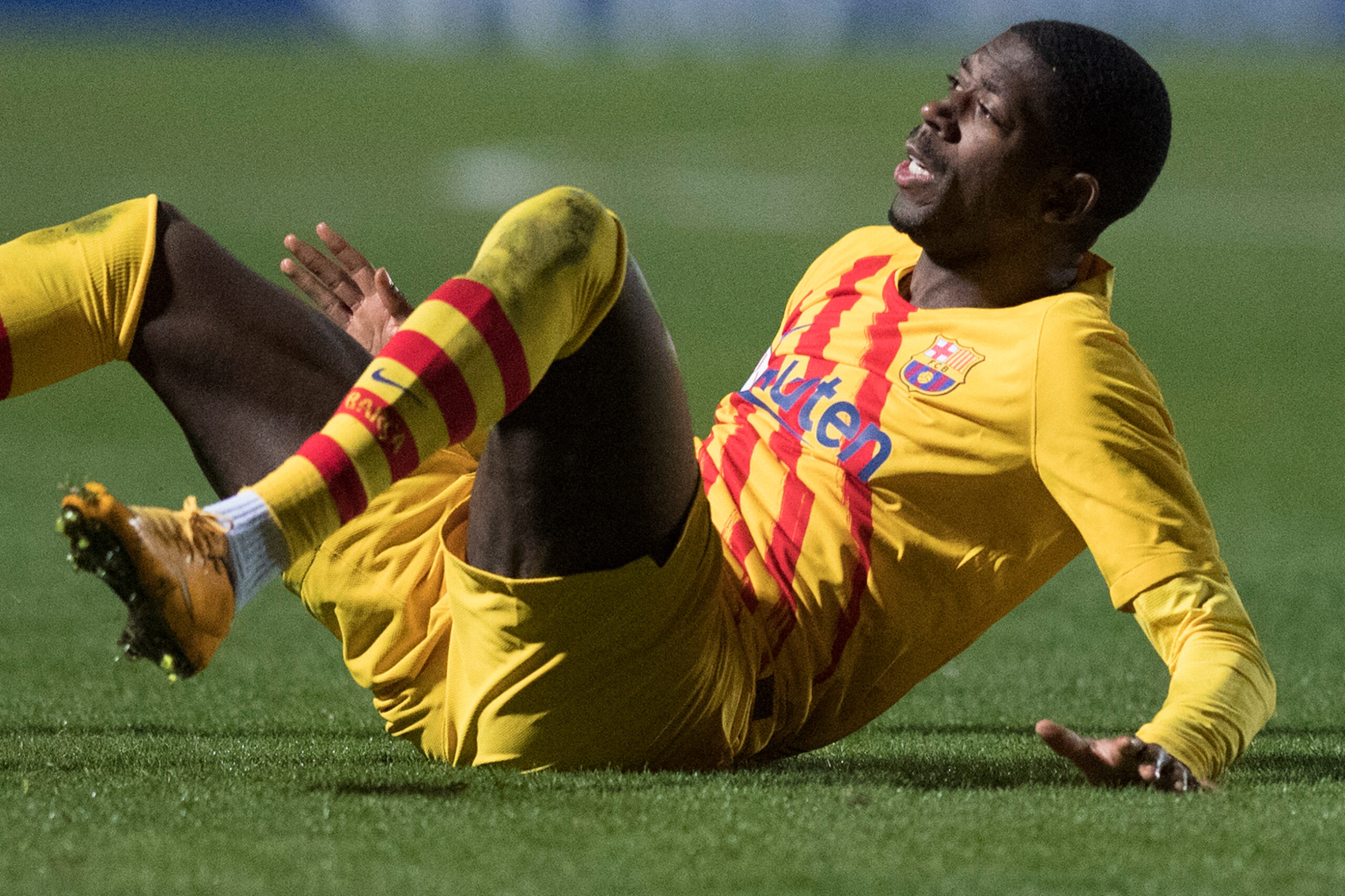 Barcelona have not received an official bid from Manchester United for their wantaway winger Ousmane Dembele despite recent claims suggesting otherwise.

According to Fabrizio Romano, the Red Devils have not opened talks with the Catalan outfit over the Frenchman’s move to Old Trafford.

The Italian journalist is also adamant the three-time European champions will not table any deadline-day bid to lure the 24-year-old away from Camp Nou.

That contrasts recent reports saying the forward is moving closer to making a Premier League switch, with Chelsea and Man United reportedly in the mix.

Dembele will leave Catalunya one way or another

Dembele has refused to reduce his whopping £210,000-per-week salary, effectively throwing his future in Spain into doubt.

After turning down all of Barcelona’s previous attempts to tie him down to a new contract, the ex-Borussia Dortmund man was expected to leave the club by the end of January.

Even the Catalans boss Xavi Hernandez went public to warn the winger to renew his contract or pack his bags ahead of Dembele’s representatives’ arrival in Barcelona for a final round of talks earlier this week.

All signs pointed in the direction of Dembele leaving the club six months before the expiration of his contract after the Daily Mail stated his representatives had established contacts with the aforementioned Premier League clubs earlier today.

However, with time ticking for Dembele to find a new destination, he could be facing a half-season on the sidelines, at least based on Xavi’s recent comments.

Even if he ends up staying on the margins for the remainder of the season, the Frenchman should still be a wanted property come the summer.

Barcelona have had a busy transfer window so far in January, landing the likes of Ferran Torres and Adama Traore from Manchester City and Wolverhampton Wanderers, respectively.

They could still have enough resources and strength to complete one last high-profile move before the curtain drops on Monday.

They are reportedly close to signing Arsenal outcast Pierre-Emerick Aubameyang on a short-term loan agreement.

The Gabon international has no future at the Emirates Stadium after falling out of favour with Mikel Arteta and is said to be available on a cut-price deal.

Aubameyang has already given the go-ahead to his representatives to broker his switch to Camp Nou.

Despite last featuring in competitive club football in December, the 32-year-old could be a massive coup for Xavi’s men ahead of their uphill top-four battle in La Liga.

What’s next for Barca?

The Blaugrana currently lag one point behind fourth-placed Atletico Madrid, a side they will meet in their upcoming top-flight outing.

Los Rojiblancos’ arrival at Camp Nou on February 5 will serve as a curtain-raiser for Barcelona fixtures in the post-international break period.