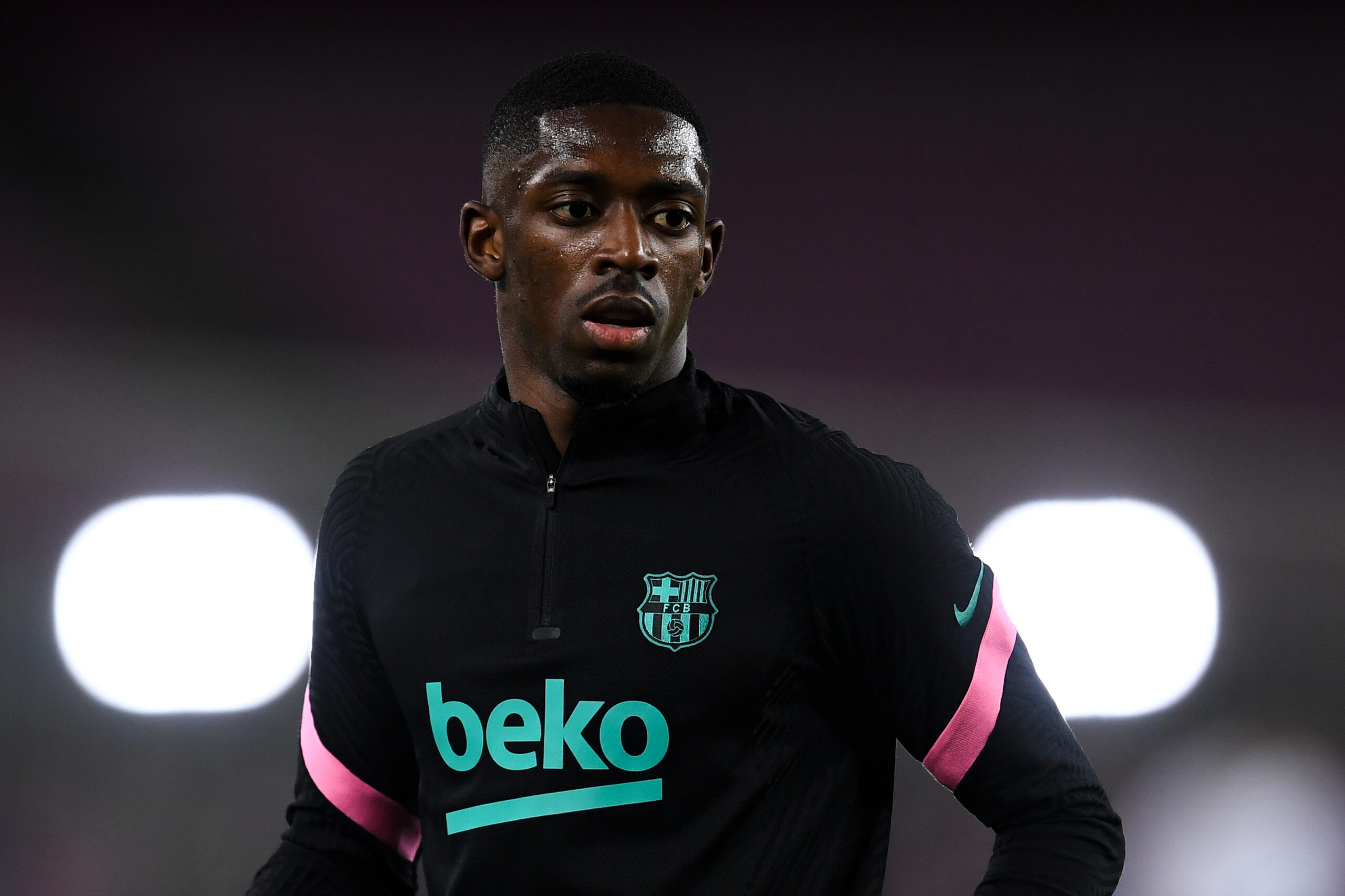 The Frenchman has entered the final six months of his Blaugrana contract, and he has no plans of penning a renewal with a pay-cut.

He could head for the exit door before this month’s deadline, with two unnamed English clubs interested.

The France international could be available for a fee of around £18 million while he is eyeing a salary of around £210,000-per-week.

Newcastle United were previously tipped to sign Dembele, but the Tyneside outfit are not prepared to break their wage structure for him.

The 24-year-old is in his fifth campaign with the Catalan giants, but he has registered just over 125 appearances in all competitions.

Injuries have seen him sidelined for nearly 700 days, but this has not dampened interest. He remains highly valued by several clubs.

The Frenchman went largely injury-free last season where he made 44 appearances. It appeared that he had turned his injury woes around.

However, it was not the case as he suffered a long-term knee injury on international duty with France.

Dembele is now fit and available for selection, and it will be interesting to see who he joins before the transfer window closes on January 31.

It is claimed that he could join a Premier League club vying for the European places. Judging by past interest, Liverpool could be in the mix.

However, the Merseyside outfit are on the cusp of landing Luis Diaz and may be unwilling to make a significant outlay on another wide player.

Chelsea are another club that have been linked with Dembele for some time. They could be a realistic destination with Thomas Tuchel having managed him at Borussia Dortmund.