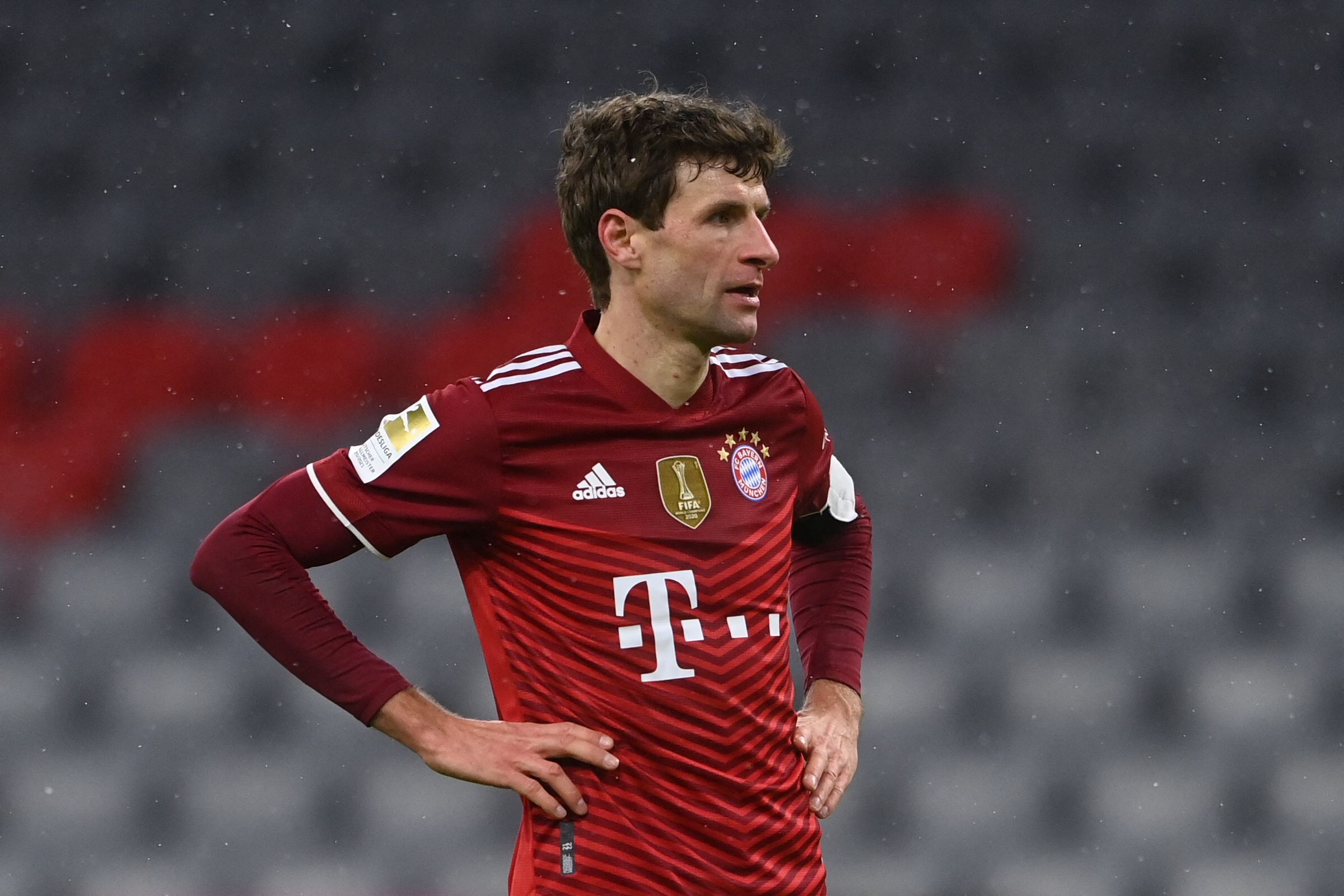 Bayern Munich star Thomas Muller has been linked with a move to the Premier League, with Everton and Newcastle United rumoured to be interested.

Muller has spent his entire career at Bayern. He came through their academy before earning his senior debut back in 2008.

Since then, he has been excellent for the Bavarians. The German has scored over 200 goals for the club, helping them win two Champions Leagues, ten Bundesliga titles and six DFB Pokals.

The 32-year-old has enjoyed similar success on the international stage. He won the Golden Boot at the 2010 World Cup and lifted the trophy with Germany in 2014.

Despite his age, Muller is still one of the best on the planet in his position. He currently has the most assists in Europe’s top five leagues with 16 – the next most is Trent Alexander-Arnold with ten.

However, this hasn’t stopped him from being linked with a move away from the Allianz Arena. According to German outlet Bild, as relayed by the Guardian, Newcastle and Everton are eyeing a move for the Bayern man.

Newcastle have just been taken over by the Saudi Arabian Public Investment Fund, worth an estimated £300 billion.

They have already started spending big in the January transfer window, bringing in Kieran Tripper and Chris Wood for a combined total of around £40 million.

The Magpies are frantically trying to get more deals done before the close of the window as they look to avoid relegation this season. They sit in 18th place as things stand, one point off safety with a game in hand.

As for Everton, they have vastly underperformed this term and could easily be dragged into a relegation battle. They are currently in 16th and are still searching for a new manager following Rafa Benitez’s dismissal.

The Toffees have also been busy in the January transfer window. Vitaliy Mykolenko and Nathan Patterson joined on permanent deals, while Anwar El Ghazi arrived on loan from Aston Villa.

Muller’s current contract expires in 2023, leaving him potentially available on the cheap if he doesn’t renew.