Erling Braut Haaland WILL leave Borussia Dortmund this summer – Where will he go? 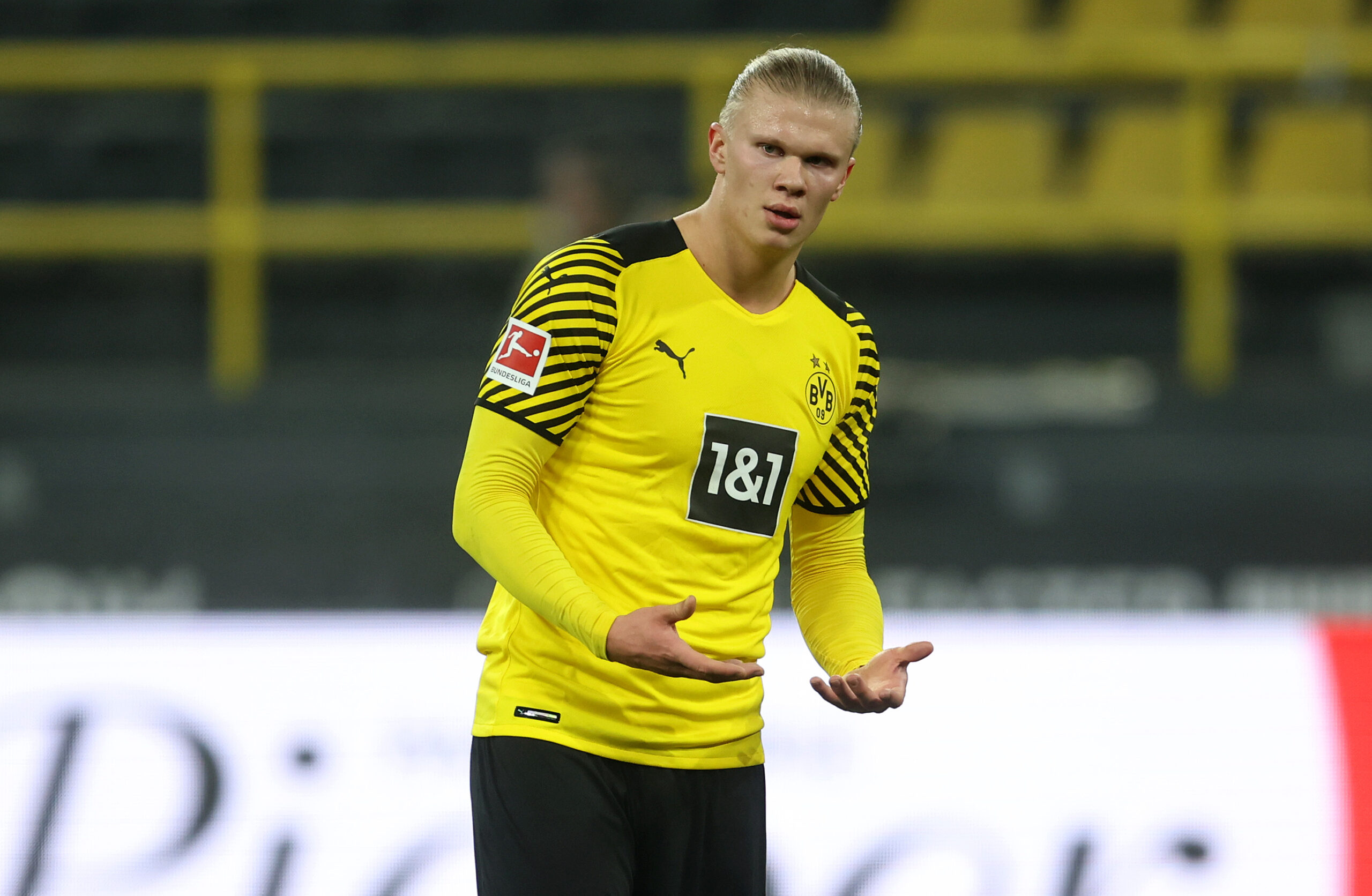 Young superstar Erling Braut Haaland is set to leave Borussia Dortmund this summer, according to the Mirror.

Haaland exploded onto the scene back in 2019, hitting 28 goals in 22 games for Red Bull Salzburg, including eight in six Champions League group stage matches. This form earned him a January move to Dortmund.

He has since become one of football’s hottest properties. The Norwegian has bagged an incredible 80 goals in 79 appearances for the Black and Yellows, winning last season’s Champions League Golden Boot and helping his side to a DFB Pokal title.

At 21-years-old, the Leeds-born striker is expected to be one of the game’s top marksmen for years to come. As a result, almost every major club is interested in bringing him in.

Haaland has a reported release clause of around £68 million in his contract, which will activate in the summer. The player is considered to be worth at least double this fee.

The Mirror reports that Haaland will leave Dortmund at the end of the season. His destination, however, is unclear.

Real Madrid are linked with pretty much every young talent in the world. They’re not afraid to break a transfer record and often get what they want.

Los Blancos are already expected to sign Kylian Mbappe on a free transfer from Paris Saint-Germain in the summer. However, they may not be done there.

Striker Karim Benzema has been in the form of his life this term, scoring 24 and assisting eight in all competitions. However, he is now 34, meaning they will need a younger replacement soon.

A deal is still a long way from completion, but the thought of a Vinicius Junior-Haaland-Mbappe front three is a mouth-watering prospect.

If Mbappe departs this summer as expected, PSG will need a replacement. Losing the Frenchman would be a bitter blow, but Haaland would be the next best thing.

The Norway international would have the best service he could ask for in Paris. With Lionel Messi and Neymar providing for him, he would be guaranteed goals.

However, Ligue 1 isn’t the most respected league in Europe, and he would be joining the most dominant team in the country. He would maybe prefer more of a challenge elsewhere.

Barcelona have been a mess over the past few years, limiting themselves to free transfers and loans after racking up a tonne of debt.

Despite this, they brought in Ferran Torres in January for an estimated €55m, so they clearly have some money in the vault.

The Catalan giants are a massive club with a rich history, but many people would question whether they’re a step up from Dortmund.

They have won just one trophy in the last two seasons and look on course to go without silverware this campaign.

Bayern Munich are not impartial to buying from a direct rival. They’ve poached several players from Dortmund in recent years, including Mario Gotze, Mats Hummels and Robert Lewandowski.

The latter is currently the world’s best goalscorer, hitting a stunning 69 goals in 2021. He’s playing the best football of his career.

He turns 34 in the summer, but the Bavarians are likely to stick with the Poland international. However, if they decide to bring in a long-term replacement, Haaland might be the man.

Pep Guardiola’s side have dominated English football for the last few years. They cruised to the title last season and are well on their way to winning another this year.

To make things more impressive, they’ve done it without a natural striker. After failing to bring in Harry Kane in the last transfer window, Man City have had to cope without a number nine.

While they are doing perfectly fine without one, a new striker would be welcome at the Etihad Stadium. Kane is probably still on Guardiola’s wish list, but Haaland may be the number one priority.

Haaland is the son of former Man City player Alf-Inge Haaland. He played for the Cityzens for three years from 2000 to 2003.

In Cristiano Ronaldo and Edinson Cavani, Man Utd have one of the most prolific but also one of the oldest strike partnerships in world football. The pair have over 1,200 goals between them but also have a combined age of 70.

Both are still capable of scoring goals at the highest level, but a younger option will still be needed. Anthony Martial’s time at Old Trafford looks like it’s coming to an end, and Mason Greenwood is still far from the finished article.

The Red Devils may have had a better chance of bringing in the Norwegian under former manager Ole Gunnar Solskjaer. The pair worked together at Molde when Haaland was a teenager.

Chelsea broke their transfer record to sign Romelu Lukaku from Inter Milan last summer. But the transfer has not worked out so far, and a controversial interview has put the Belgian’s future in doubt.

If Lukaku stays, the Blues probably won’t bring in another striker, especially with Armando Broja set to return from his loan at Southampton.

However, if Broja leaves, they will likely be in the market for another forward. Owner Roman Abramovich is not afraid to open his wallet up to attract top names to Stamford Bridge.