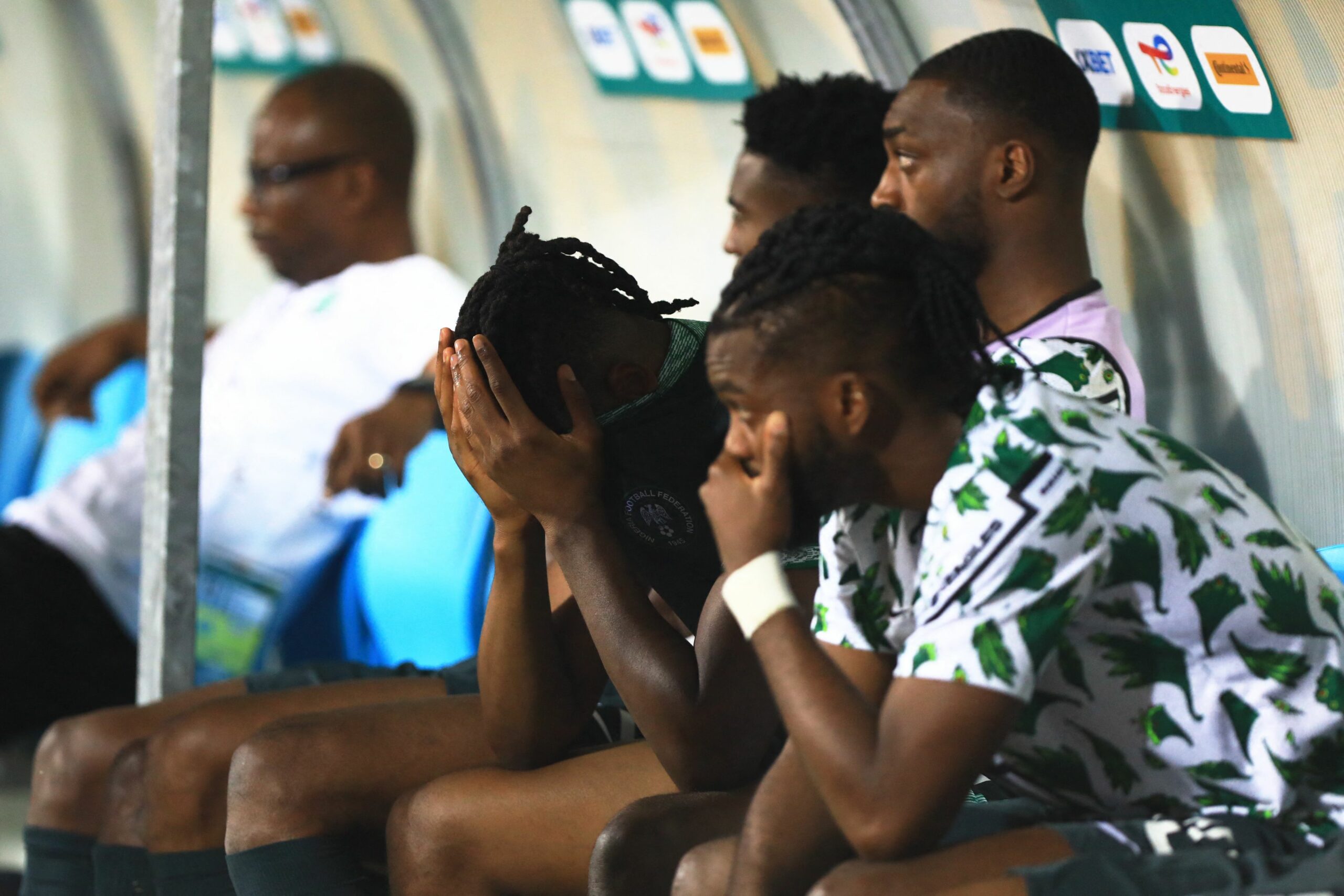 The first match in the 2021 AFCON knockout stage between Burkina Faso and Gabon was an all-action event.

Tackles flew in from both sides as five yellow cards and one penalty were awarded in the first quarter of the game.

Bertrand Traore was handed the responsibility of putting Burkina Faso ahead in the 18th minute, but he missed.

The former Chelsea winger’s misery was short-lived as he scored 10 minutes later from the edge of the box on the back of a fast counter-attack.

The equaliser came from a Burkina Faso own goal in the first minute of injury time in the second half.

Both sides kept clawing at each other, with 13 yellow cards and one red card brandished during the 120 minutes.

The match eventually went to a penalty shoot-out.

18 spot-kicks were required to decide the winner as Burkina Faso came out on top courtesy of a 7-6 scoreline.

Nigeria were the only team to have won all their games coming into the knockout stage of the tournament.

They were favourites to win against a Tunisia team plagued by COVID-19 absentees.

The Super Eagles dominated possession, with Tunisia looking to hold off their opponents in front of their goal.

Youssef Msakni became an unlikely hero on the night when he took aim from 25 yards out in the early minutes of the second half.

His powerful strike found the back of the net, handing Tunisia an unlikely lead on the night.

Matters were made worse for Nigeria, who had Alex Iwobi sent off seven minutes after he came on as a substitute.

Tunisia will face Burkina Faso in a quarter-final clash on Saturday.

The next AFCON round of 16 match will see Guinea take on Gambia in what should be an evenly-matched affair.

The second game today will be between Cameroon and Comoros, with the former expected to come out on top.

However, with both Gabon and Nigeria losing matches they expected to win, Cameroon will have to be careful.