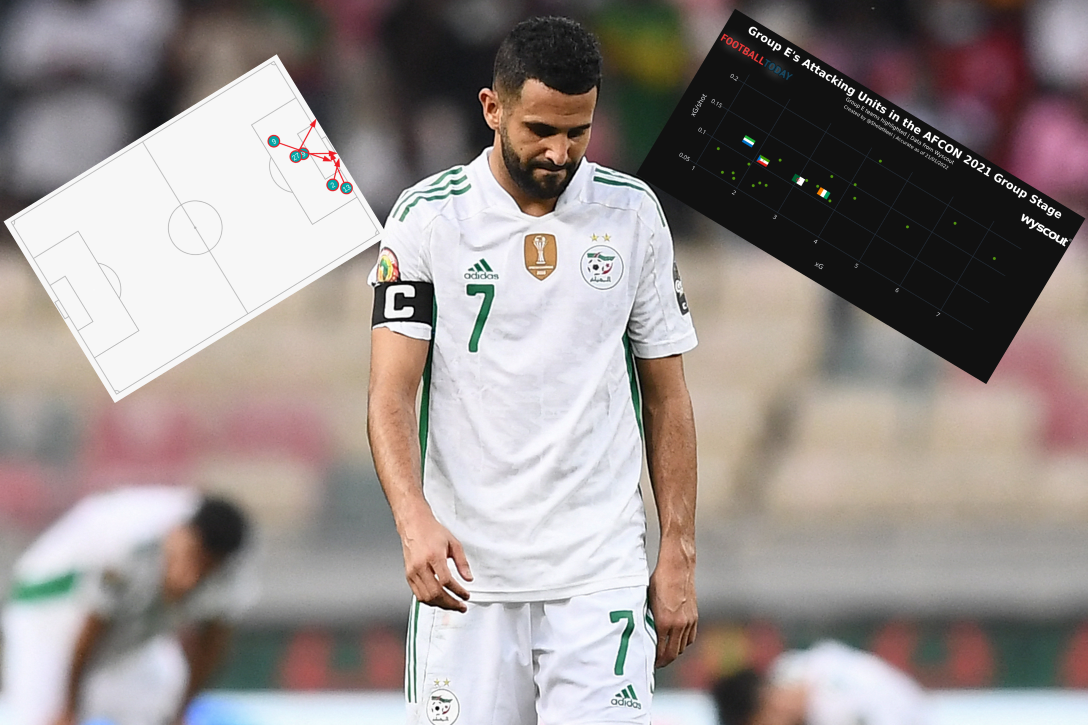 It was the 60th minute of defending Africa Cup of Nations champions Algeria’s match against Côte d’Ivoire, which they had to win to avoid getting knocked out of the group stage.

They were 3-0 down but still had a little bit of hope. A fairly soft penalty decision had gone their way and the ever-dependable Riyad Mahrez stepped up to take it, having netted each of his last eight spot-kicks in competitive football.

Even if you did not watch the match, you can probably see where this is going. The goalkeeper guessed the wrong way, but it did not matter because Mahrez’s effort crashed into the base of the post and fizzed back to the centre circle. This was not going to be their year.

Many experts predicted that Algeria would defend their title, primarily because they had retained most of the well-balanced squad that enjoyed success in Egypt in 2019.

On paper, at least, they had everything required to enjoy another successful campaign — a reasonably solid defence and an all-round midfield with one of the best controllers at AFCON in Ismaël Bennacer.

They also had creative quality in attack through the likes of Mahrez, Saïd Benrahma and Yacine Brahimi, and two experienced strikers in Islam Slimani and Baghdad Bounedjah, with the latter having scored the winner in the 2019 final.

A group stage exit, though, was something that nobody had even given any thought to. Côte d’Ivoire was not the craziest idea, but anyone saying that Algeria would finish behind Equatorial Guinea and Sierra Leone (both countries that had only been represented at AFCON twice before) would never have been taken seriously. Cue the Robert B. Weide memes…

The big question, of course, is how this happened, and that is what we will be aiming to explore here.

The story, match by match

One of the fun things about international tournaments is that there are a limited number of matches, which is the main reason for upsets like this. Even one off-day can prove costly, but in Algeria’s case, there were two of those.

They were expected to win their opening clash against Sierra Leone comfortably and dominated proceedings with over 66% of possession.

Additionally, they made decent use of this possession with 60 final third entries and 36 penalty box entries, but they then stuttered at the last step. Only three of their 13 key passes originated in the box, and as this event map indicates, most of them ended up either far away from the goal or at very tight angles in the box.

And additionally, their forwards missed the target altogether with many of their good quality chances.

The Desert Foxes also found themselves on the wrong end of a very good goalkeeping display, but more on that later.

Next came Equatorial Guinea, who had been narrowly defeated by Côte d’Ivoire in their tournament opener. This time, Algeria had more possession (at 69%) but slightly fewer final third entries and penalty area entries (with 56 and 28 respectively). Their shot count dropped from 19 to 13, but the chances created did seem better.

Algeria’s finishing was so-so again, but the key difference was that Equatorial Guinea went and got a smash-and-grab winner from a set-piece.

This made the final group stage clash against Côte d’Ivoire a huge match. Knowing that his side would need to win, Djamel Belmadi sent an attacking XI out with little regard for defensive stability in midfield.

Algeria had the majority of possession again but endured a tougher time against the well-drilled Ovorian defence, which restricted them to just 18 penalty box entries in the match. Therefore, creating good chances proved a bit difficult.

This created a positive feedback loop as Algeria got more and more desperate in possession and committed extra bodies forward in attack, leaving them even more exposed at the back. This loop was boosted even further after they conceded. Unsurprisingly, therefore, both of Côte d’Ivoire’s open play goals came in transition.

Even with their issues inside the opposition penalty area, Algeria created far more chances than Equatorial Guinea and Sierra Leone, as this scattergram shows.

This indicates that their forwards’ finishing was not ideal, and this is indeed what we find upon closer inspection of the data. Slimani only managed four shots in the three games, but they were superb chances that took his xG tally up to 0.89.

However, he only managed to hit the target with one of those efforts, and it was saved. Youcef Belaïli and Brahimi also had chances totalling more than 0.60 xG each, but neither of them managed to find the back of the net.

For contrast, we can take the example of Ghana, who also suffered disappointment as they were eliminated from the group stage.

The Black Stars failed to create anything worthwhile in attack, which is why they are in the lowest quadrant in the above scattergram with the joint fifth-lowest xG tally and joint second-worst xG/shot average.

The goalkeeping standards at AFCON have ranged wildly from some sublime performance to shocking displays. Unfortunately, Algeria faced keepers who fell firmly in the first category.

Mohamed Kamara’s stats look especially brilliant, and that is largely because he delivered an absolute all-timer of a performance in his debut.

If there is one thing to be learned from all of this, it’s that international football is unpredictable.

Algeria’s elimination came as a result of the perfect mix of bad luck and lack of end product on their part, but fundamentally, they were not all that bad.

Therefore, they probably do not need a huge overhaul before the next major tournament, unlike Ghana who desperately need to change things.

So, it is out with the old at AFCON already, and as we enter the knockout stage, it is time for the new.

Stats courtesy Transfermarkt and Stats Perform via The Analyst.