7 biggest stories from the FA Cup third round 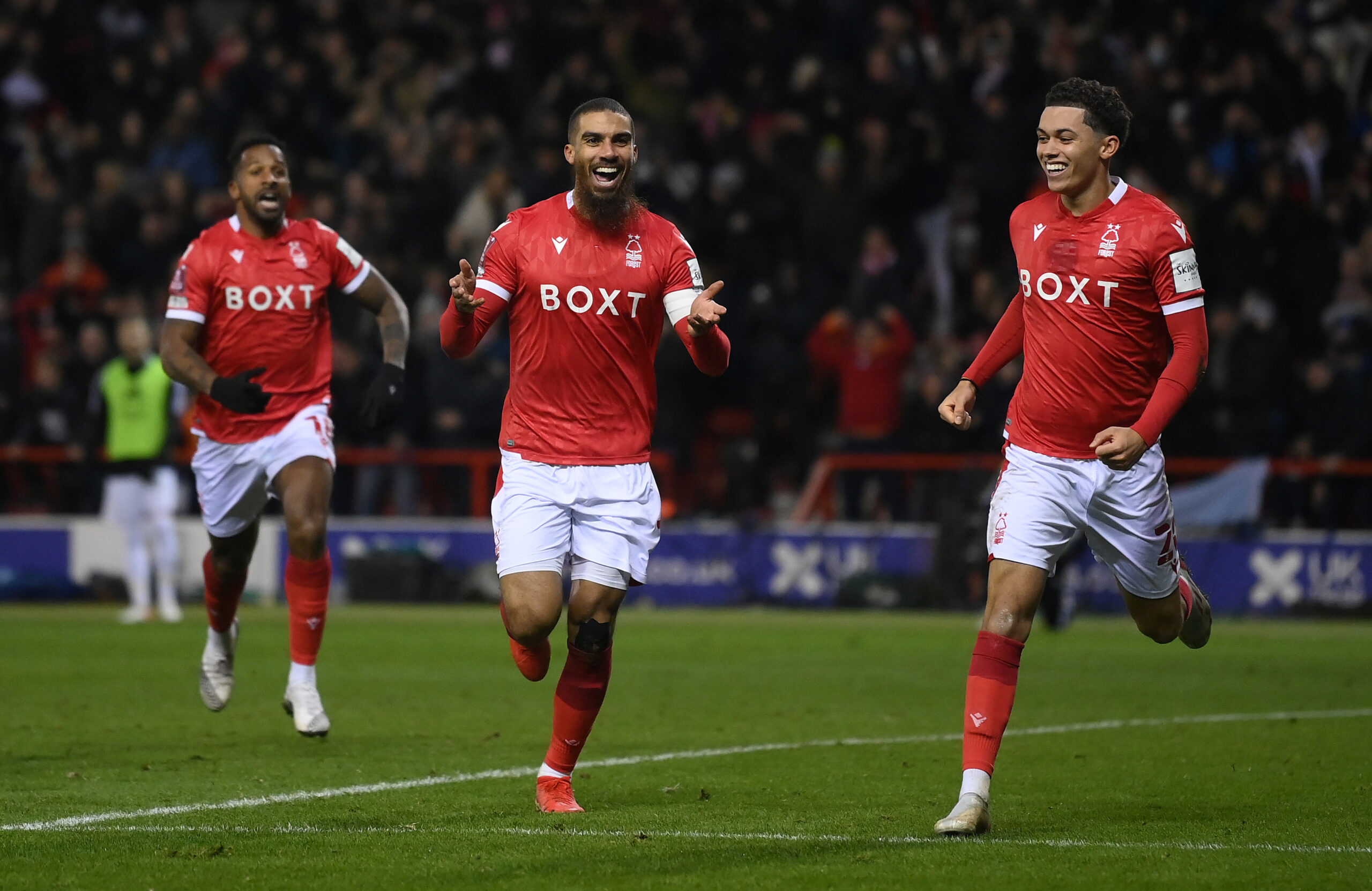 The third round of the FA Cup is always a huge occasion in English football. The big boys enter the competition, while the lower league clubs remain in with a chance of causing an upset.

And once again, the third round delivered. We saw plenty of goals, some cracking games, and loads of shocks. Eight teams were eliminated by a side in a lower division.

Here are some of the biggest stories from the weekend’s FA Cup fixtures.

Going into the third round, only two non-league teams remained in the competition. Sixth-tier Kidderminster Harriers had knocked out Halifax Town last time out, while National League side Boreham Wood had to see off St Albans City.

Neither side was expected to make it any further. But, as it turns out, both made it through.

Boreham Wood pulled off a fine victory over League One’s AFC Wimbledon. Tyrone Marsh gave them the lead in the tenth minute, and Adrian Clifton doubled their lead in the closing stages.

Meanwhile, Kidderminster had an even tougher task, facing Reading of the Championship. When George Puscas put the Royals in front shortly before half-time, an upset looked off the cards.

But the hosts managed to turn things around. Sam Austin fired in an equaliser at the near post, and Amari Morgan-Smith bundled home a winner in the final ten minutes.

In the next round, Boreham Wood will travel to Bournemouth, while Kidderminster welcome West Ham United to the Aggborough Stadium. They’ll certainly be ones to watch.

Newcastle United fans were happy to see the back of Mike Ashley. When the Saudi Arabian Public Investment Fund bought the club, they believed that times could be changing at St. James’ Park.

Things weren’t going to magically fix themselves overnight, but the Magpies would have hoped for a slightly better start than this one.

They remain in the relegation zone with just one win all season, and have now been knocked out of the FA Cup by Cambridge United.

Howe’s men had the better of the first half, but were unable to break the deadlock. Dimitar Mitov was having an inspired game in goal, denying Jacob Murphy on three occasions.

Early in the second half, Cambridge managed to get themselves in front. Harvey Knibbs saw his effort blocked, but it fell to Joe Ironside who finished well on the turn.

Newcastle searched for an equaliser but were unable to get past Mitov. The Bulgarian had time to pull off one last super save, keeping Joelinton’s header out in the dying moments.

It was another disappointing result in what is proving to be a nightmare campaign for the northern club. This new era is not going as planned.

We were close to another big shock at Oakwell when Barnsley faced League Two side Barrow.

The Tykes seemed to be well on their way to progressing comfortably at half-time. Mads Juel Andersen and Jordan Williams had given them a 2-0 lead, while the visitors were down to ten men following Tom Beadling’s red card.

However, that was far from the end of the drama. Barrow managed to pull one back on the hour mark in stunning fashion, when Ollie Banks slammed a free kick into the top corner from around 30 yards out.

With less than 15 minutes of the 90 remaining, the game exploded into life. Burnley loanee Anthony Glennon rounded off a fine move to equalise for the underdogs.

Carlton Morris restored Barnsley’s advantage with a cool finish in the 88th minute. And yet, this STILL wasn’t enough to settle it, as Josh Kay hit a screamer two minutes later to take it to extra time.

The home side got in front again in extra time, with Morris grabbing his second. This proved to be a step too far for Barrow, who could not get another equaliser.

The League Two side will have been disappointed to lose. However, they can exit the competition with their heads held high after a spirited display.

Body on the line

Footballers are expected to give everything to win a game. As Neil Warnock once said: “you’ve gotta f***ing die to get three points”. Or, in this case, a place in the fourth round of the FA Cup.

This time, it was Queens Park Rangers goalkeeper Jordan Archer putting his body on the line for the team, as his side knocked out Rotherham United.

Michael Iheikwe scored the opener in extra time, but the Rs equalised through Scotland international Lyndon Dykes to take the game to a penalty shootout.

The shootout was long, with both sides taking nine each. Archer ended up being the hero, keeping out Chiedozie Ogbene’s spot-kick to send QPR through.

But it was not without consequences. In the process, the goalkeeper picked up an injury. And, with regular number one Seny Dieng at the Africa Cup of Nations with Senegal, the west Londoners are now without a senior goalkeeper.

No club has ever won the FA Cup more often than Arsenal. The Gunners have lifted the trophy 14 times in their history, including four times in the last eight years.

On Sunday, they travelled to the City Ground to face Nottingham Forest. Actor and notorious Arsenal fan Idris Elba was in attendance.

If we were to compare this game to one of Elba’s films, it would be American Gangster. In this metaphor, Lewis Grabban is Denzel Washington (spoiler alert, by the way).

Mikel Arteta’s men lasted about as long as Elba did in Infinity War (another spoiler, sorry), as they were knocked out in the third round. Grabban netted the only goal, tapping in from Ryan Yates’ cross.

It was a bitterly disappointing result for Arsenal, who seemed to be turning a corner recently. The performances and results were vastly improving, and they appeared to be making strides towards getting back to where they used to be.

As for Nottingham Forest, it was another fine performance. Manager Steve Cooper has made an excellent start to life in the Midlands. His side will face holders Leicester City in the next round.

Tanguy Ndombele is one of the most frustrating players to watch. Everyone can see his ability – he’s a good dribbler, technically impressive, and very difficult to dispossess.

However, other aspects of his game are constantly called into question. His consistency, fitness, and attitude have led to him falling out with every manager he’s worked under at Tottenham Hotspur.

It was thought that Antonio Conte could be the one to get the best out of Spurs’ record signing. But now, the chances of a revival for the Frenchman in north London are looking very slim.

With the Lilywhites trailing at home to Morecambe with 20 minutes to go, Ndombele was substituted and replaced by Oliver Skipp. The midfielder strolled off the pitch in no hurry, seemingly unaware that his side desperately needed a goal.

The home crowd did not take kindly to this, and erupted into a loud chorus of boos. Harry Kane also had to urge the 25-year-old off the pitch.

Tottenham managed to turn the game around, thanks to goals by Harry Winks, Lucas Moura, and Kane. They will face Brighton & Hove Albion in the fourth round.

But the win comes at a cost. It feels like a point of no return for Ndombele. It will be a bitter pill to swallow for the fans, who had such high hopes for him, but it looks like they will never see the best of him in a Tottenham shirt.

Here we go again. Hardly a week goes by in English football without us talking about VAR.

Man Utd narrowly defeated Aston Villa at Old Trafford, emerging as 1-0 victors thanks to Scott McTominay’s early header. The away side had the ball in the net twice, but Danny Ings and Ollie Watkins both had their goals ruled out.

Ings’ tap in was initially given but was overturned after a lengthy VAR check. The officials deemed that Jacob Ramsey had fouled Edinson Cavani in the build up.

We’re not going to discuss whether this was the correct decision. It’s an incident that seems to divide opinion.

Instead, we’re going to talk about the presence of VAR itself. At this stage in the competition, VAR operates at Premier League grounds but at no others. Why?

This creates a clear imbalance in the competition. Some games have VAR, while others don’t. Some teams have been eliminated but may well have gone through had they been up against a Premier League side.

If you can’t use VAR at every game, don’t have it anywhere. Simple as that.