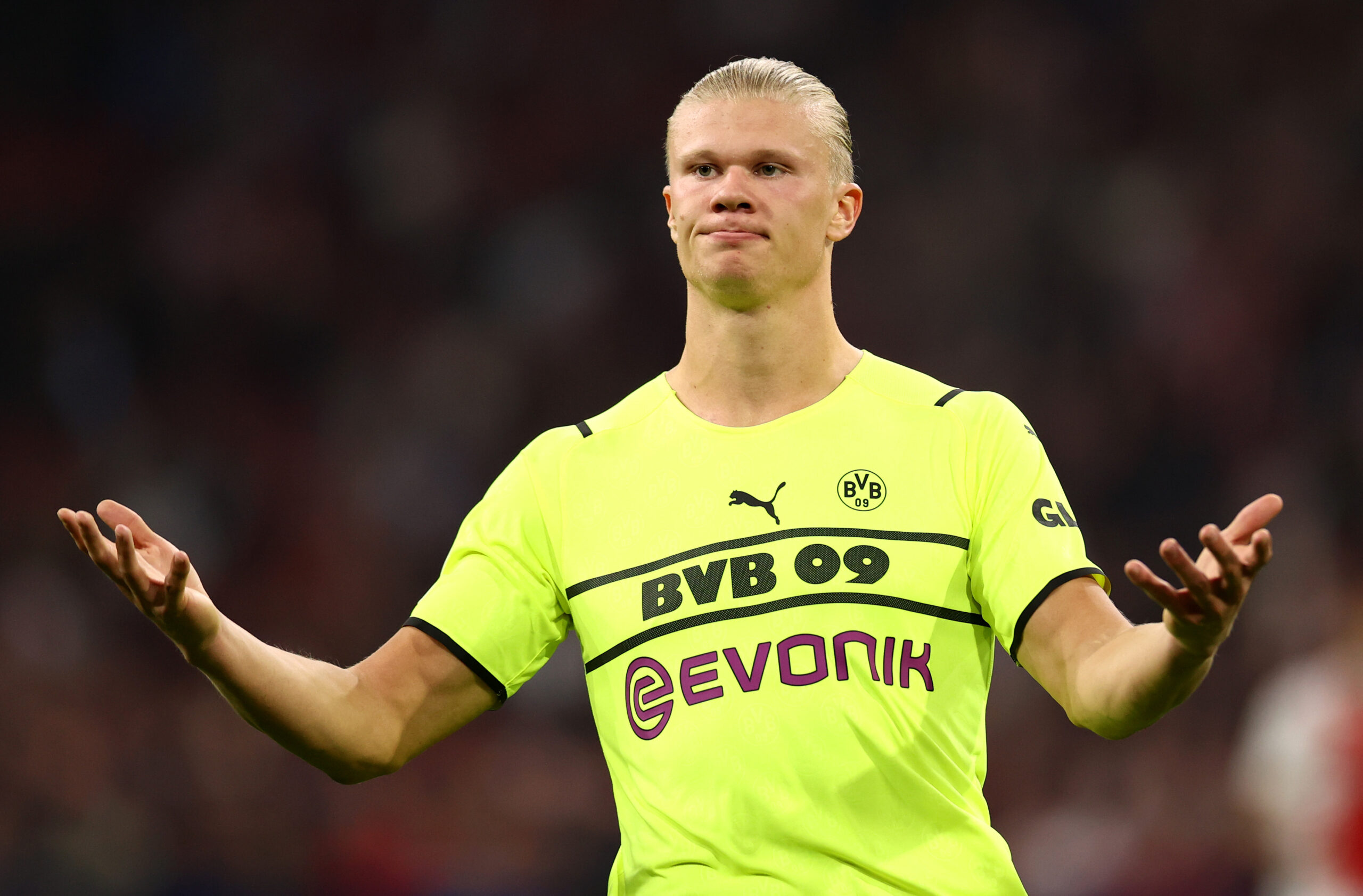 Manchester United have long been linked with a move for Borussia Dortmund star Erling Braut Haaland.

However, as per the latest reports from the Daily Star, the Red Devils are no longer interested in signing the 21-year-old in the summer.

The Norwegian footballer is widely regarded as one of the best strikers in the world. He has smashed an incredible 76 goals in 74 matches across all competitions for the Bundesliga giants.

His amazing performances in Germany have caught the attention of some of the biggest clubs in Europe.

Manchester City, Real Madrid and Barcelona have all been credited with an interest in the player in recent months.

However, it is said that the 21-year-old has set sights on joining Los Blancos, a decision which United have reluctantly accepted.

United already have some of the best players in their ranks. However, their performances have been disappointing.

They parted company with Ole Gunnar Solskjaer after the 4-1 loss at Watford and replaced him with Ralf Rangnick. But the German manager’s reign hasn’t produced a great improvement at Old Trafford.

The Red Devils slumped to a humiliating 1-0 home defeat against Wolverhampton Wanderers in their previous league match, with Joao Moutinho scoring the winner.

They have dropped to seventh in the Premier League standings following this latest defeat.

However, United are still only four points behind fourth-placed Arsenal and should be able to overtake the Gunners with a few good results in the coming weeks.