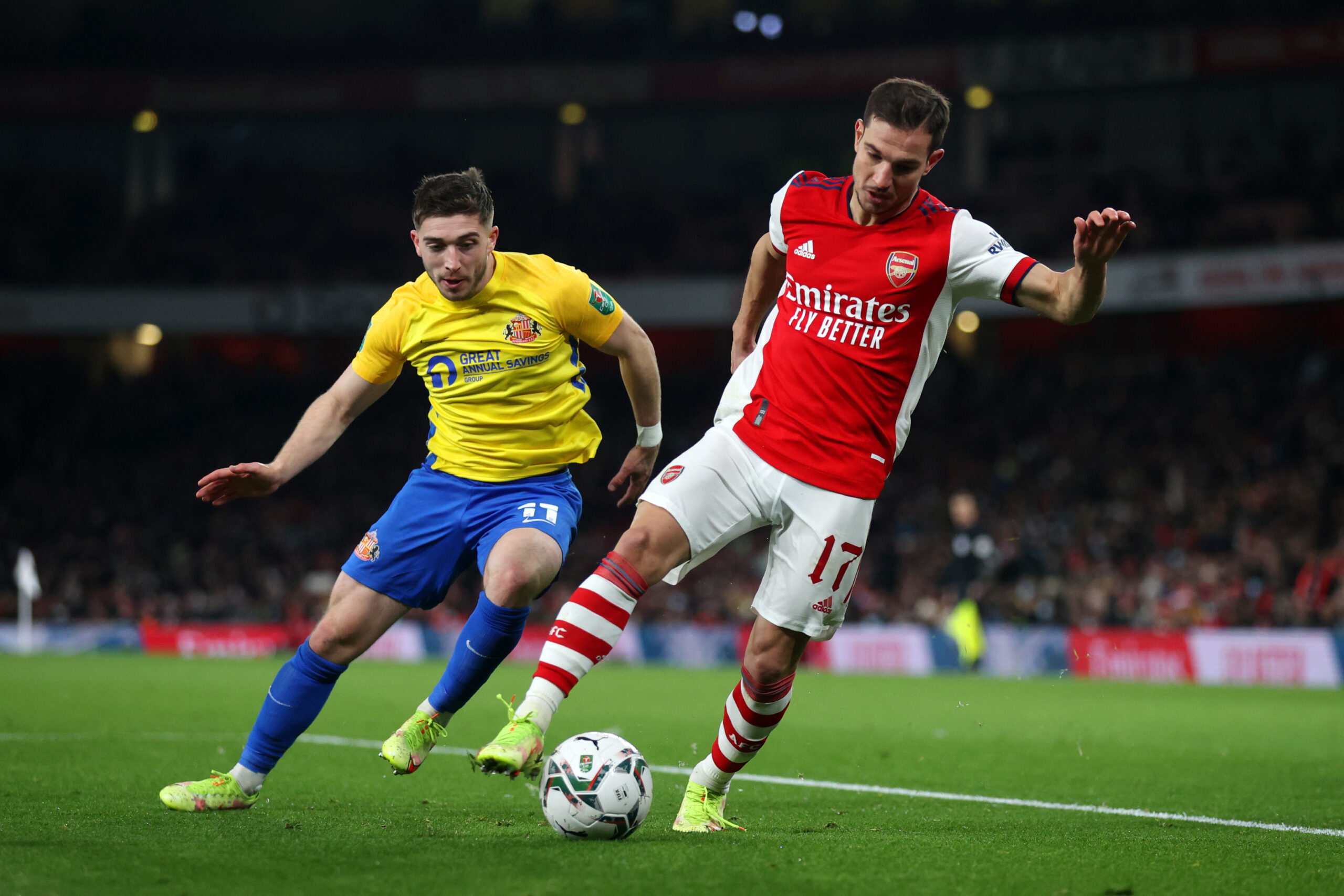 Atletico Madrid are targeting Arsenal defender Cedric Soares as a replacement for Kieran Trippier, according to reports.

Trippier has joined Newcastle United in a deal worth around £12 million, leaving Atletico short of options at right-back.

Soares has been on the fringes of the squad at the Gunners this season.

He has been finding it hard to get game time following the arrival of Takehiro Tomiyasu in the summer.

The Portugal international has made only two Premier League starts under Spanish boss Mikel Arteta this campaign.

As per talkSPORT, Soares has emerged as a target for Atletico.

It has been reported they are interested in signing him on a loan deal with the option of a permanent move in the summer.

Arsenal are likely to be unwilling to let the 30-year-old leave the Emirates Stadium without bringing in a replacement.

Tomiyasu is currently their number one right-back, but the Londoners will be short of cover if the Portuguese leaves.

Soares joined the Gunners on a six-month loan deal from Southampton in January 2020.

He signed a long-term contract in the summer, despite only making five appearances during his loan spell.

The former Sporting Lisbon star played an important role for Mikel Arteta’s side at the back end of last season, bagging one assist in 10 league appearances.

He can comfortably play in both full-back positions, which few players can do.

He also boasts Premier League experience, having made 139 top-flight appearances for Arsenal and Southampton.

On that basis, the Gunners should try to keep him at the Emirates Stadium.