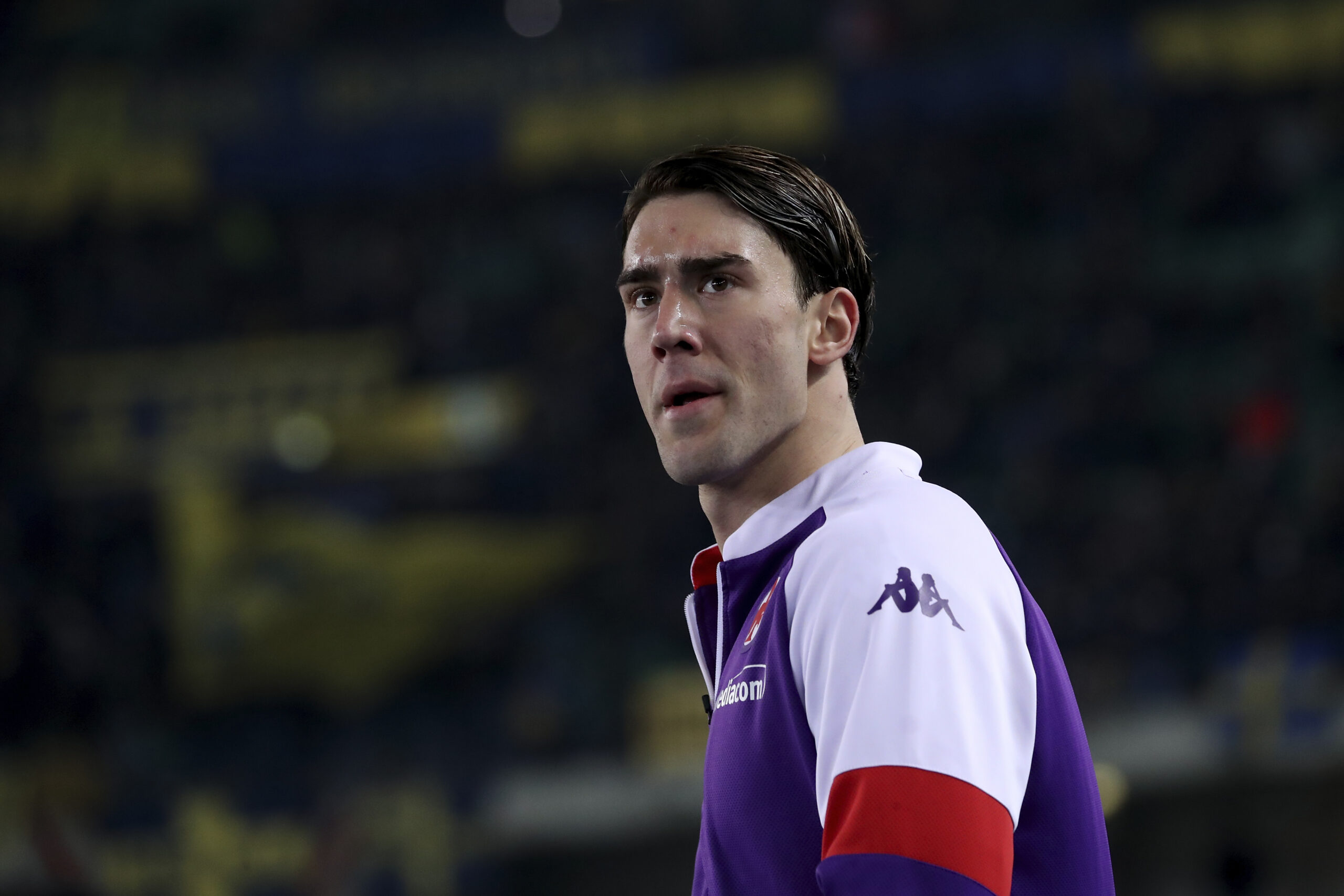 Arsenal are ready to back manager Mikel Arteta in the pursuit of Fiorentina striker Dusan Vlahovic this month, a report from The Guardian claims.

The north London giants are currently uncertain over the futures of three strikers in Pierre-Emerick Aubameyang, Eddie Nketiah and Alexandre Lacazette.

Nketiah and Lacazette have entered the final six months of their respective contracts and are reluctant to sign new deals beyond the current season.

Meanwhile, Aubameyang has fallen out of favour under Arteta following a disciplinary breach. He may have played his final game for the Gunners.

Amidst this, the club hold a keen interest in signing Vlahovic, who was superb last year for Fiorentina with 35 goals across all competitions.

With under 18 months left on his contract, the Florence outfit could be open to selling him this month as he has no plans of penning a renewal.

The Gunners have the funds to sign the €70 million-rated striker but face a big stumbling block with their lack of Champions League football.

The club have not played in the elite European competition for five years, although they are in a good position to end the run this time around.

Vlahovic has made immense progress over the past 12 months. He is now regarded as one of the hottest properties in European football for his scoring prowess.

Several elite clubs are circling for his services, including Juventus and Tottenham Hotspur. The former are the striker’s preferred destination.

Despite this, the Gunners are ‘best placed‘ to sign him this month as they have the transfer funds and are willing to meet the player’s salary demands.

Vlahovic remains unperturbed by the ongoing situation, but things could change over the coming weeks as La Viola could contemplate his departure.

They recently signed Krzysztof Piatek from Hertha Berlin, and it could be an indication that the club are preparing for the potential exit of the 21-year-old.

Arteta played a key role in convincing Martin Odegaard to join the club, initially on loan from Real Madrid.

The Spaniard has been lauded for his man-management skills, and he could be instrumental in luring Vlahovic if the club can sort a deal with the Serie A club.

The player is valued at around €70m, but the Gunners could use Lucas Torreira as a bargaining chip. The midfielder is currently on loan with the Italian side.

The club have the option to sign him for €15m at the end of the season. The Gunners may look to push through an early transfer to sign Vlahovic for less.