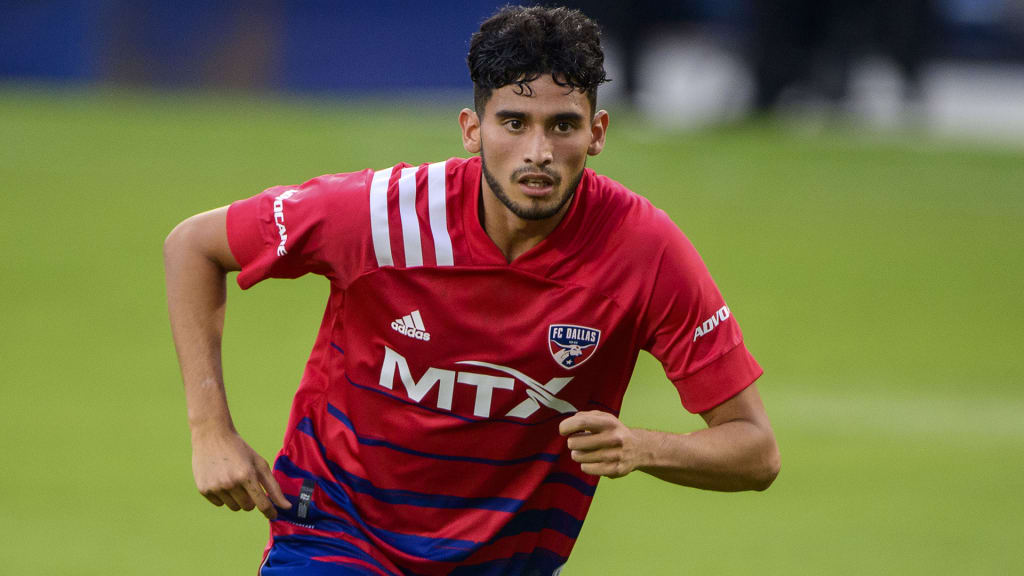 The 18-year-old American will join the Fuggerstadt in a club-record deal worth $20 million plus add-ons, making him the most expensive homegrown player sale in Major League Soccer history.

The Texas native amassed 13 goals and two assists across 31 appearances for Dallas in 2021.

He made his debut with the United States national team in September and has since scored three goals in seven appearances – six in World Cup qualifiers.

In a statement from his new club, Pepi said: “Moving to Europe after the conclusion of the MLS season was my dream.

“I believe FC Augsburg and the Bundesliga will prove the perfect settings for me to gain match practice at the top level as a youngster.”

Augsburg are currently 15th in the Bundesliga table after 17 matches and will look to avoid relegation for what would be the first time in their history.

The club achieved its first promotion to Germany’s top-flight back in 2011 and have not dropped down since.

He has been given the number 18 jersey by the club and is available to feature in their next match against Hoffenheim on Saturday.

Since his MLS debut in 2019, Pepi has developed from a Dallas academy graduate to a starting player in the United States’ roster.

Augsburg have suffered from injuries to forward duo Florian Niederlechner and Alfred Finnbogason, so it’s no surprise they have signed another attacker.

With Bayern Munich, Ajax and Southampton all after the young American forward, it was a shock to learn that a Bundesliga club fighting relegation won the race for his signature.

Most Augsburgs fans were surprised by the club’s ability to complete a hefty transfer. However, Pepi will likely play a significant role in helping his side avoid relegation.

Similar to Serge Gnabry’s move from Werder Bremen to Bayern, expect Pepi to cement his role as a key player for FC Augsburg and eventually make the leap to a club of greater quality, such as Borussia Dortmund or Bayern.

It is an excellent move for all parties as Dallas will be compensated for their efforts in developing Pepi, Augsburg will have another option to bolster their attack and likely make a profit from selling him in the coming years.

Pepi will be able to make his transition to European football with less pressure compared to if he joined a bigger club.