Tactical Analysis: Individualism decided Chelsea’s match with Liverpool, but it probably will not decide the title race 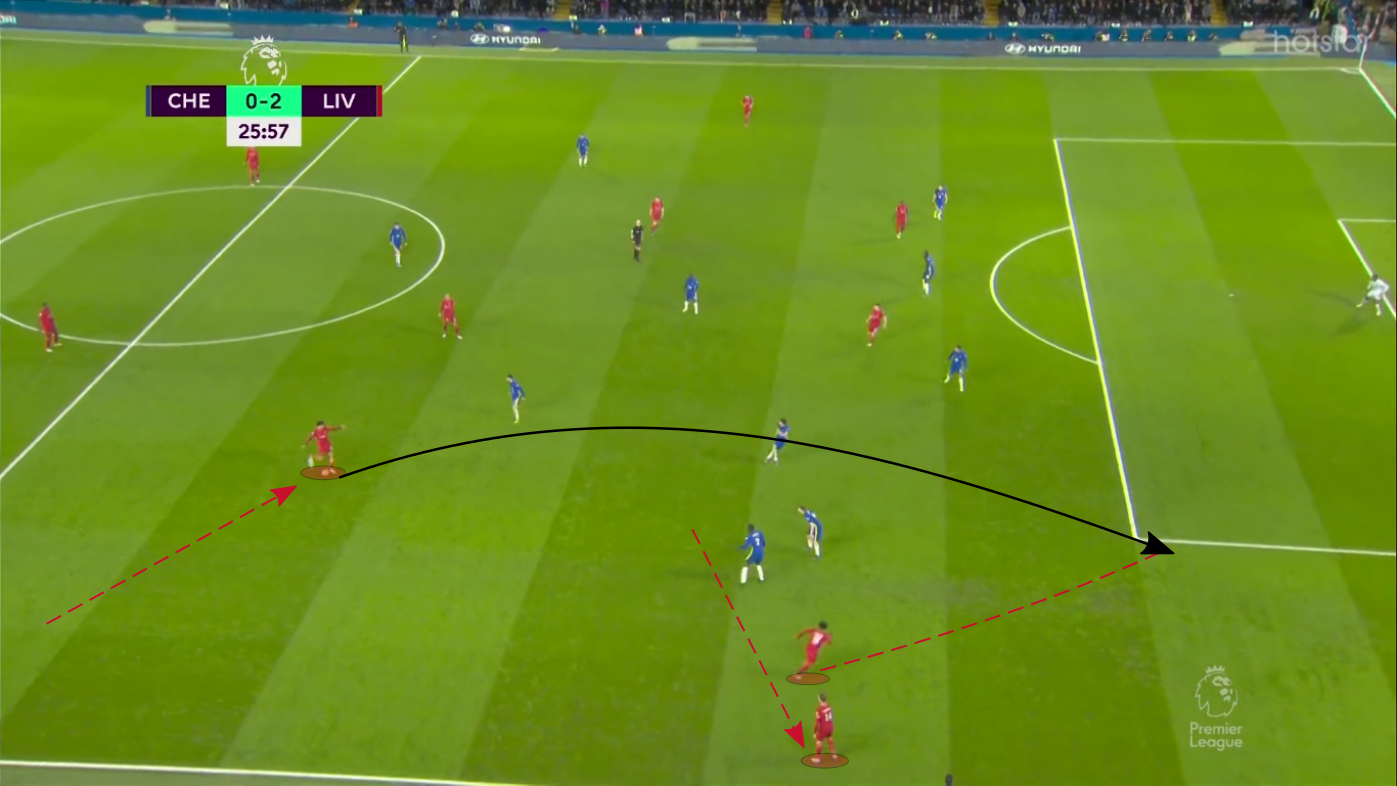 And then there were two?

Chelsea’s action-packed draw with Liverpool (popularly described as ‘peak Barclays’) was a true joy to watch for the neutral — particularly in the first half — but neither manager would have enjoyed it.

Both squads were depleted by a mixture of injuries and COVID-19 (and a controversial interview in Romelu Lukaku’s case), so neither team was able to name their first-choice XI.

The match itself saw neither side establish any form of control in midfield, leading to frantic end-to-end action with the outcome of effectively every attack decided by the individual quality of the defenders, forwards and goalkeepers.

The total of 25 shots in the match was well above what either side would have wanted, and the aforementioned pattern was clearly visible in all of the goals.

For the opener, it was Trevoh Chalobah who completely misjudged what seemed to be a simple interception, so his sliced header failed to take the ball away from Sadio Mané’s path, and the Senegalese forward made no mistakes after that.

The second featured some brilliance from Trent Alexander-Arnold and Mohamed Salah after Liverpool practised a rotation that has been a familiar sight this season, involving the right-sided midfielder drifting out to the touchline, Alexander-Arnold tucking into the half-space and Salah making an out-to-in run.

After receiving the pinpoint pass, the Egyptian international still had a lot of work to do as he had to beat the keeper from a tight angle, but a brilliant body feint and perfectly placed finish did the trick.

Three minutes before half-time, Mateo Kovačić made it 2-1 with a strike that was beyond extraordinary. Words cannot possibly describe the difficulty of what he attempted, so you should watch it for yourself:

And finally, just before the break, a misplaced pass coupled with some very good counterpressing by Antonio Rüdiger led to the equaliser.

In the second half, Kovačić and N’Golo Kanté established much greater control in midfield while James Milner, in particular, had a tough time for Liverpool.

Chelsea had more possession and twice as many shots as the visitors in the half, but of course, the chaos factor was taken away from the match, and ultimately neither side could come up with a winner.

While it made this match fun, such dependence on individualism has caused Liverpool and Chelsea to drop five and six points respectively in their five matches before this.

Meanwhile, Manchester City’s admittedly lucky win over Arsenal earlier means that they are now 10 points clear at the top of the league, with Liverpool 11 behind them having a game in hand.

In Chelsea’s case, this slump had truthfully been a long time coming as they were hugely outperforming their xG numbers in the early stages of the season while at the top of the table, and their inevitable regression coupled with injuries and COVID-19 was the perfect recipe for disaster in terms of their title ambitions.

The underlying numbers show that Chelsea were never really in the same league as the other two title contenders.

Additionally, it is also clear that while City and Liverpool’s attacking numbers are roughly similar, the defending champions’ defence is almost twice as good (note that the two axes do not share the same intervals).

The issue for the Reds is they will be without Salah and Mané for up to five league games as they will be off to the Africa Cup of Nations.

Their attacking numbers could quite feasibly drop without that duo and they will lose such moments of magic, which might lead to more points being dropped.

It is advantage Manchester City after the points were shared at Stamford Bridge, and it has to be said that the title is already theirs to lose.

But, as Pep Guardiola says, no one will give them the trophy just yet, so there still is work to be done.

Manchester United in 2021: So much promised, yet little delivered
Halfway through – Premier League Team of the Season so far