Halfway through – Premier League Team of the Season so far 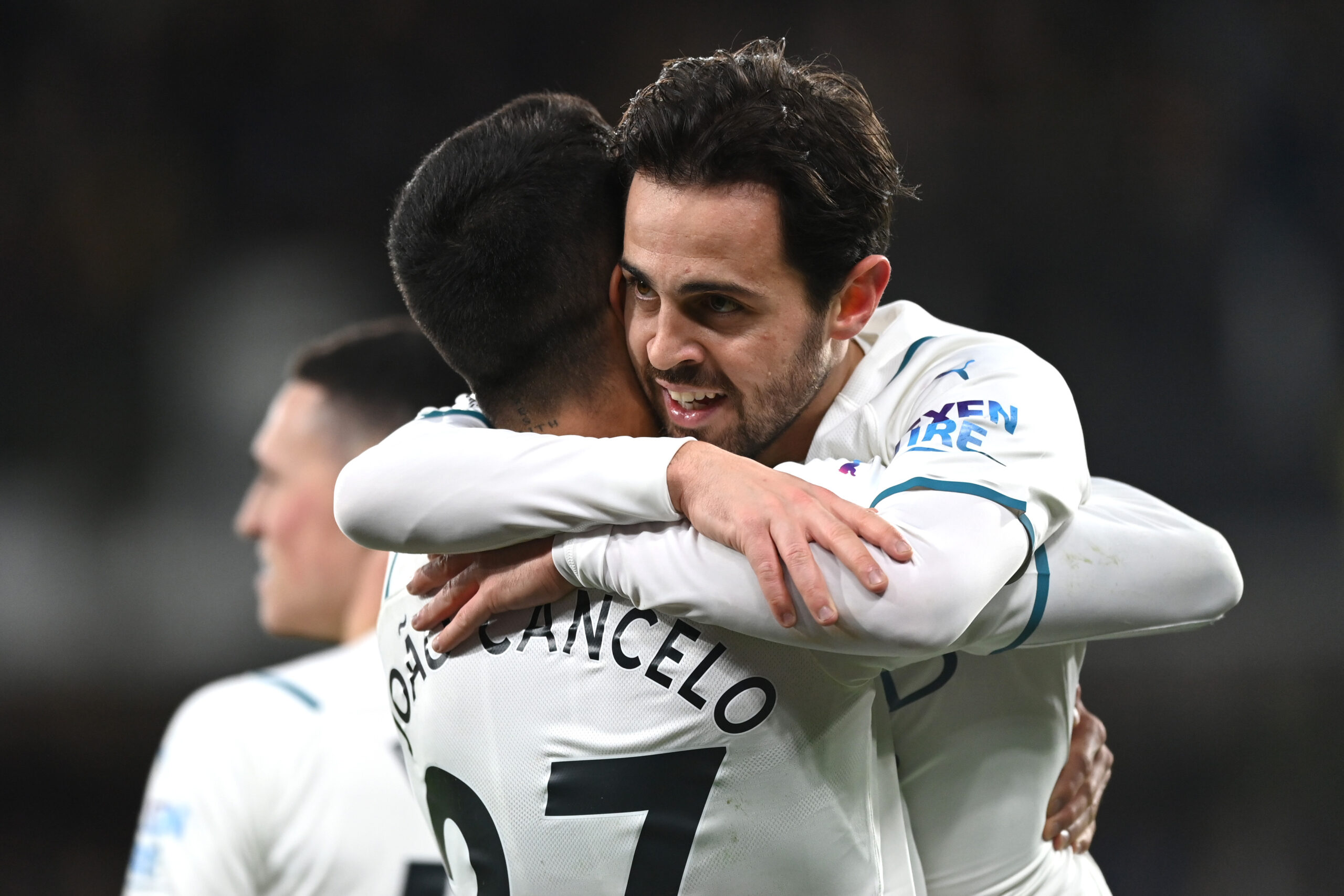 We’re at the halfway mark in the Premier League campaign.

Well… kind of. With COVID-19 still affecting the schedule, every side in the league has played between 17 and 21 matches this season.

It’s around this point where we start to see how things will pan out. Manchester City are looking well on their way to lifting their fourth Premier League title in five seasons, while Norwich City, Newcastle United, Burnley and Watford seem like the four main contenders for relegation.

Here is our Premier League Team of the Season at the halfway point.

GK – Aaron Ramsdale (Arsenal) – When Arsenal decided to splash out £24 million on Aaron Ramsdale from Sheffield United, a fair few eyebrows were raised. Many believed he wasn’t an upgrade on current first choice Bernd Leno.

But the England international has been a huge hit at the Emirates Stadium. He’s managed to nail down a starting XI spot, keeping nine clean sheets and making a string of impressive saves – none more so than his spectacular stop to deny James Maddison in the Gunners’ 2-0 win over Leicester City.

The Liverpool man is proving to be one of the very best players in the league. He is joint-top of the assist charts with nine, and has also contributed two goals and nine clean sheets in his 18 appearances.

CB – Ruben Dias (Manchester City) – Last season’s FWA Footballer of the Year is back and performing to his best again. In 20 appearances, Ruben Dias has racked up two goals, two assists and 11 clean sheets.

If he continues at his current level, the Portuguese could establish himself as one of the best centre-backs the league has ever seen.

They have conceded 14 goals this term – only Man City have let in fewer. Furthermore, they have kept seven clean sheets and conceded multiple goals in just three of their 18 outings.

Max Kilman has been an ever-present in Wolves’ backline this season and has begun to draw some attention for his performances. If he keeps this up, he could get himself in line for an England call up.

LB – Joao Cancelo (Manchester City) – Without a natural left-back, some may have expected Man City to struggle in this area. As it turns out, it’s been arguably their strongest position.

Joao Cancelo has taken to the role brilliantly, proving to be useful at both ends of the pitch. He has started all but one of their league fixtures, scoring once, assisting on four occasions, and keeping 11 clean sheets.

CM – Rodri (Manchester City) – Man City’s defensive strength isn’t just down to the back four. Rodri has provided a brilliant shield in front of them while also offering plenty going forward.

The former Atletico Madrid man has added some steel to a highly technical midfield. He’s also composed, good on the ball, helps control games, and can get goals. He has already matched his best-ever league tally with three strikes.

CM – Declan Rice (West Ham United) – He’s been doubted over the years, but Declan Rice is really starting to live up to the hype.

He’s been brilliant this season at both ends of the pitch and has been a standout in a vastly overperforming West Ham United side.

The 22-year-old doesn’t have many weaknesses to his game. He’s a good ball-winner, calm on the ball, a good passer, a powerful runner, and he can contribute to goals. The Hammers will have a tough task keeping him around in the future.

CM – Bernardo Silva (Manchester City) – During the summer, Bernardo Silva seemed set for a transfer away from the Etihad Stadium. The Cityzens will be delighted that he stayed put.

The midfielder has been reborn this season, looking back to his very best. He has played the third-most minutes in the league for Pep Guardiola’s side this term and has netted the joint-most goals for the club with seven.

RW – Mohamed Salah (Liverpool) *PLAYER OF THE SEASON* – With Man City running away with the title, you’d think one of their players ought to be the frontrunner for the Player of the Season award. However, it is simply impossible to overlook Mohamed Salah.

The Egyptian is way out in front in the Golden Boot race, bagging 16. In addition, he is level with Alexander-Arnold for the most assists in the league with nine.

His tally of 25 goal contributions is by far the most in the league. The closest players to him are Michail Antonio and Emmanuel Dennis, who have 13 each. It’s almost incomprehensible how far ahead he is.

However, as mentioned above, Dennis is joint-second in the league for goal contributions, and he’s doing it with a side fighting relegation.

The 24-year-old has found the net on eight occasions in the league – beating his personal record in a single season. Along with his five assists, the Nigerian has been arguably the signing of the season. He will be vital in Watford’s bid for survival.

LW – Emile Smith Rowe (Arsenal) – It was a coin toss between Emile Smith Rowe and Heung-min Son for the left-wing spot. Both have similar numbers, but the Englishman has done it in 282 fewer minutes.

The youngster has emerged as a key player for the Gunners. He has scored eight goals and assisted twice in the league this term – including strikes against Champions League-chasing rivals Tottenham Hotspur, Manchester United and West Ham.