Manchester United in 2021: So much promised, yet little delivered 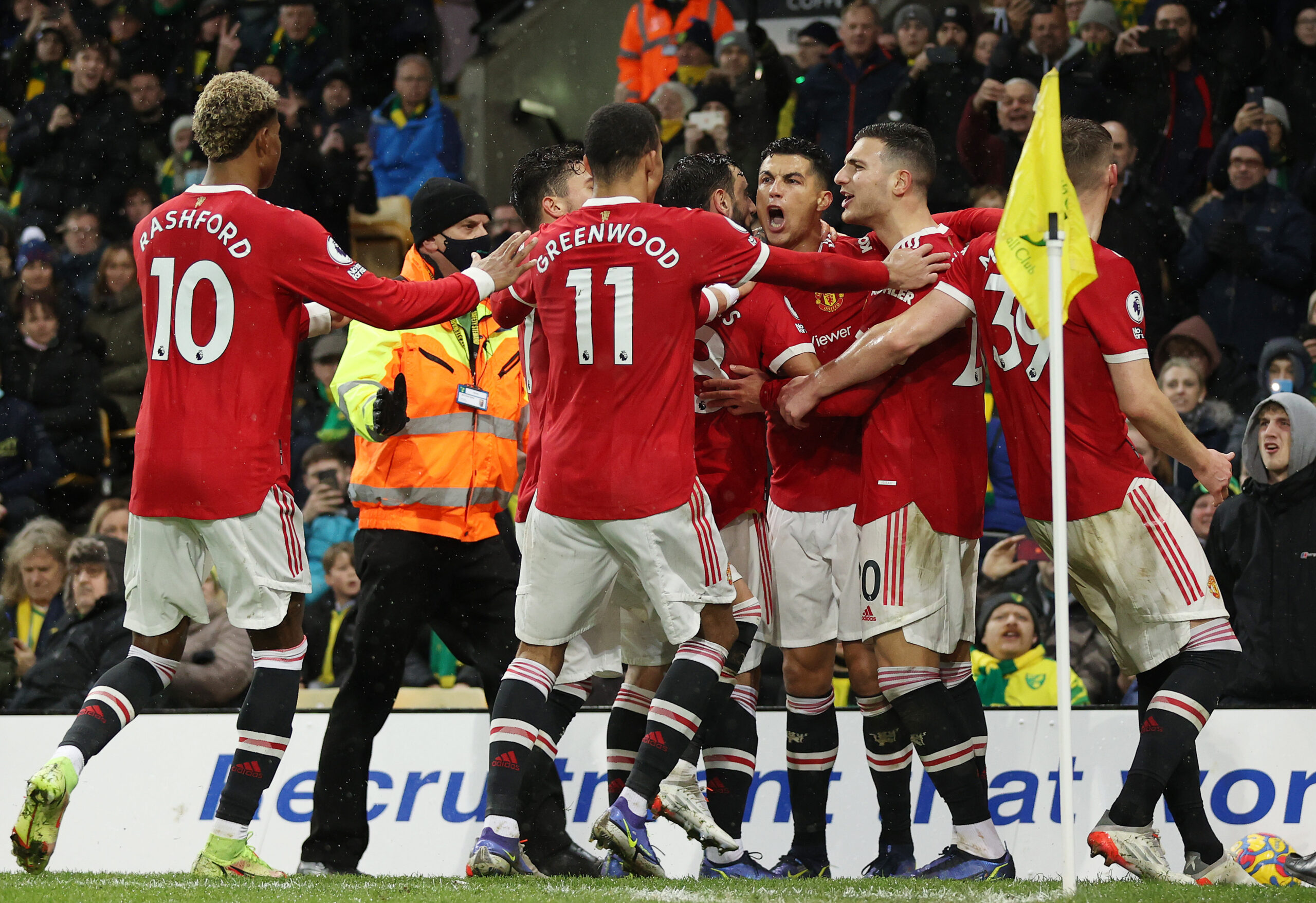 This time last year, Manchester United were entering the new year in high spirits. They were competing at the top of the Premier League and were in the semi-finals of the Carabao Cup.

However, not everything went as planned. They fell away from the title race and were unable to get their hands on a trophy. And, after three years in charge, Ole Gunnar Solskjaer’s reign came to an end.

There was surprisingly little competition for this spot. Cristiano Ronaldo was a candidate, and he only signed in August. David de Gea was also under consideration, but his Europa League final heartbreak ultimately cost him.

Despite his slow start this season, we’ve gone for Bruno Fernandes. The attacking midfielder has scored 19 goals in all competitions for the Red Devils in 2021 and has also accumulated 17 assists. It’s difficult to argue with numbers like that.

His record in the big games still comes under question, but he is improving in this regard. Over the last year, the Portuguese has recorded goals and assists against Manchester City, Liverpool, Tottenham Hotspur and Arsenal, and his best individual performance came in the Europa League semi-final against Roma.

Going into this game, the odds were heavily stacked against Man Utd. Having sat at the top of the league in January, they had lost pace with their local rivals following a run of just two wins in their last eight in the league.

Meanwhile, Man City had been on a sensational run of form. They were on a winning streak of 21 (yep, TWENTY ONE) in all competitions, giving them a commanding lead in the title race. All the signs pointed to a home win.

But to our surprise, the visitors took all three points. They made the perfect start, winning a penalty in the first minute after Anthony Martial was brought down by Gabriel Jesus. Fernandes stepped up and slotted the spot-kick into the bottom left corner.

The Cityzens twice came close to an equaliser but were unable to find the net. Oleksandr Zinchenko had a shot beaten away by Dean Henderson, and Rodri saw his effort clip the crossbar.

The second goal eventually came, and it went to Man Utd. Luke Shaw linked up with Marcus Rashford down the left, and the full-back slotted into the far corner for his second ever Premier League goal.

Not long afterwards, they had a glorious chance to make it three when Martial went through on goal. However, the Frenchman – who had been excellent all afternoon – saw his effort kept out by Ederson.

The game finished 2-0 to Man Utd, putting an end to Man City’s incredible run. The game meant very little in the grand scheme of things, as the hosts still went on to win the league by a landslide. Nonetheless, a convincing win in a derby is always welcome.

It was a coin toss between this match and the 5-0 humiliation at home to Liverpool in October. But this game was just a bit more costly.

Having demolished Roma in the semi-final, Man Utd went into the Europa League final as hot favourites to lift the trophy. Up against them were Villarreal, who had just finished seventh in La Liga. Having not won a trophy since 2017, this was a massive opportunity for the English side.

Unai Emery’s men took the lead in the first half when Gerard Moreno finished at the back post from Dani Parejo’s cross. That lead lasted until early in the second half when Edinson Cavani poked in a scrappy equaliser. There wasn’t much action outside of the goals, and the game was decided by a penalty shoot-out.

After TEN penalties each, neither side had missed yet. It had gone all the way down to the goalkeepers.

Geronimo Rulli stepped up first and took his like an experienced striker, finding the top right corner. De Gea could not replicate his success, seeing his weak effort saved. This handed the trophy to Villarreal.

Knockout tournaments can come down to such fine margins. If Villarreal had missed just one of their first ten penalties, Man Utd would have taken the trophy home. But it was a huge missed opportunity for the Red Devils.

Last summer’s transfer window was an extremely promising one for Man Utd. After finishing 12 points behind title winners Man City, they added three top players to their roster.

They finally got the signing of Jadon Sancho over the line, having heavily pursued him in 2020. He arrived for an estimated £73 million from Borussia Dortmund.

He was followed by Raphael Varane, who departed Real Madrid to come to Old Trafford. The 28-year-old has been one of the best defenders of his generation, winning three league titles, four Champions Leagues, and a World Cup.

Then, there was the big one. Cristiano Ronaldo. The five-time Ballon d’Or winner returned to the Theatre of Dreams after 12 years away. This window appeared to be a real statement of intent from the club.

So far, there have been question marks over all three signings. Sancho has registered two goals and no assists in his 21 appearances in all competitions, while Varane has looked far from his best.

Ronaldo has produced the numbers expected of him, bagging 14 goals and three assists in 20 outings. However, some believe that he has had an overall negative impact on the team.

Nobody too important has left the club. Daniel James was sold to Leeds United for a small profit, and Timothy Fosu-Mensah went to Bayer Leverkusen in January.

Ole Gunnar Solskjaer was part of a long-term project at Man Utd, which was intended to reach its peak this season.

Over the years, he had passed most of the tests expected of him. He got the Red Devils consistently qualifying for the Champions League and got them into a position where they could realistically think about winning the league again.

But, when it was time to reach that next level, it proved to be a step too far. When he was in charge of a side expected to be one of the best in the world, the Norwegian was simply out of his depth.

It all ended rather sadly for the club legend. Had he won the Europa League final back in May, his time in charge may have been viewed very differently. But he wasn’t the right man for them anymore, and he was dismissed after a 4-1 defeat to newly-promoted Watford.

Former RB Leipzig boss Ralf Rangnick has since come in to take Solskjaer’s place. The German remains unbeaten in his first five games for Man Utd, but the performances have been far from convincing. Only time will tell whether he’s the right appointment.

It’s been a frustrating year for Man Utd. They got close to winning things but are without a trophy since 2017.

Their performances in the 2021/22 season have been far from the level expected of them. After a couple of years of steady progress, it feels like they’ve taken a huge step backwards.

They’ll need a significant improvement if they want to challenge for the biggest trophies anytime soon.

Read also: Chelsea in 2021 – A memorable year for the Blues.