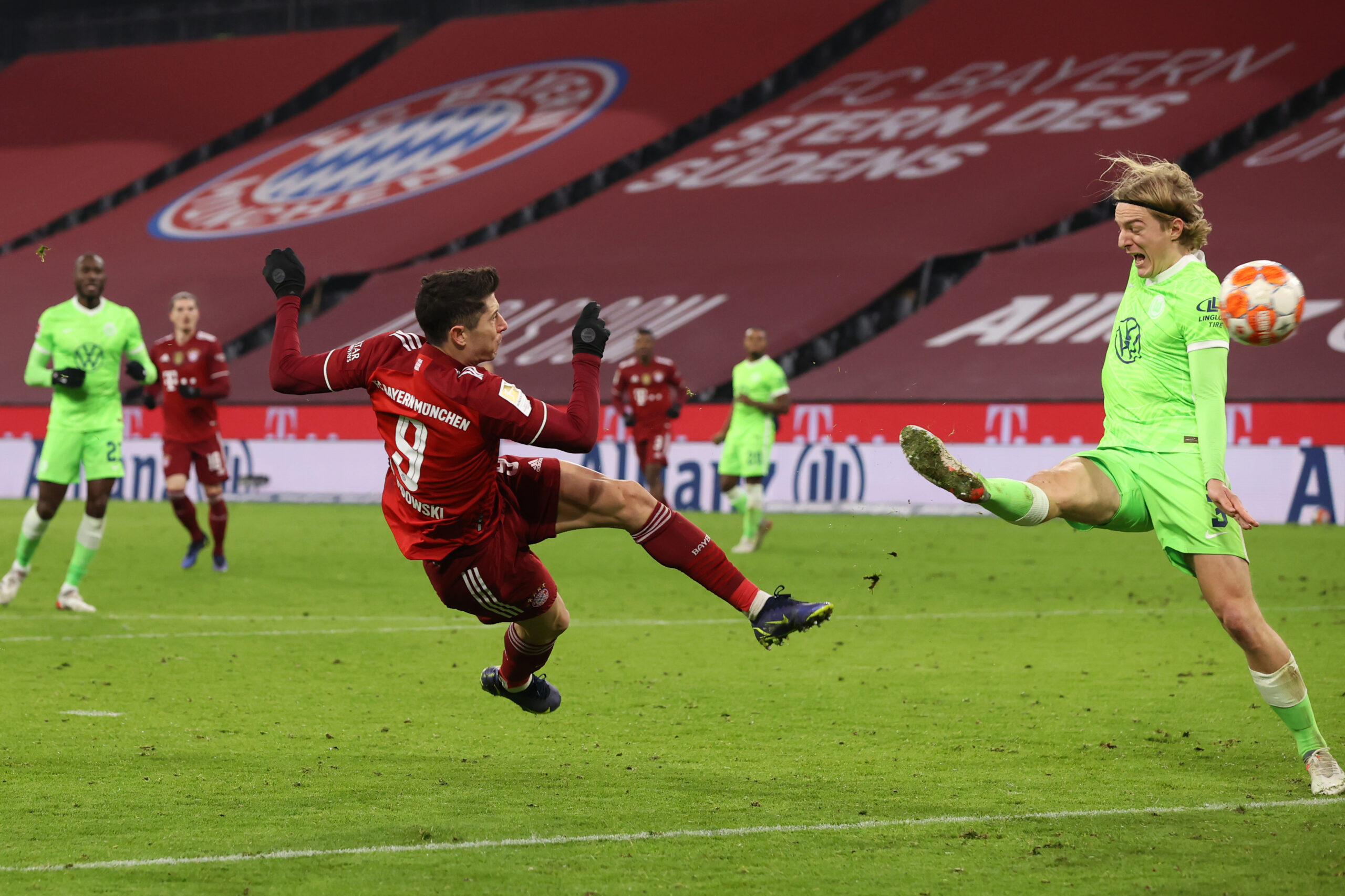 It has been another action-packed year in football, with Europe’s top goalscorers hitting the back of the net with frightening regularity.

That point certainly rings true where Europe’s big five leagues are concerned, with goals flying in at a rapid rate throughout the year.

Nine players have scored more than 30 goals during the calendar year, with the top two averaging a goal per game or better over the past 12 months.

We take a look at the top ten goalscorers in Europe’s big five leagues in 2021 (statistics include league, national cups, Champions League and Europa League).

The Bayern Munich star enjoyed a stellar 2020, smashing 56 goals in 45 appearances to cement his status as the most prolific striker in Europe.

Lewandowski’s efforts were not enough to see him join the list of Ballon d’Or winners, with that particular accolade going to Lionel Messi.

Haaland’s 43 goals in 43 appearances for Borussia Dortmund highlighted why he is rated as the most promising young forward in Europe and one of the top Bundesliga scorers.

The 21-year-old continues to be linked with the biggest clubs in Europe, and it would be a major surprise if he doesn’t move elsewhere next summer.

Mbappe is still viewed as the natural successor to Cristiano Ronaldo and Messi despite continuing to ply his trade in the calmer waters of Ligue 1, where he regularly features in the top Ligue 1 scorers list.

The 23-year-old bagged 43 goals in 53 appearances for PSG in 2021 and is another player who will attract plenty of transfer interest in 2022.

Benzema’s scoring prowess does not appear to have been affected by his role in a blackmail scandal involving former teammate Mathieu Valbuena.

He netted 38 goals in 50 appearances for Real Madrid in 2021 and remains their most potent goalscoring threat. He continues to dominate the La Liga scoring charts every season.

While Salah’s 37 goals in 53 appearances highlighted his importance to Liverpool, they failed to translate into silverware for the club.

He is amongst the Premier League top scorers during the current campaign but may well end up empty-handed again in the trophy stakes this season.

The Serbian international is currently top of the Serie A goalscorers list this season with 16 goals to his name, boosting transfer speculation around his future.

A move to the Premier League could be on the cards next summer after 35 goals in 47 appearances this year, with Manchester United amongst the clubs credited with an interest in the 21-year-old.

Messi is no longer the force he was in his pomp, but 34 goals in 45 appearances is still a respectable return for the Argentinian.

His exit from Barcelona marked the end of an era, and he will be desperate to end his career on a high with more trophies at PSG.

Cristiano Ronaldo continues to defy his age, having bagged 33 goals in 50 appearances for Juventus and Manchester United in 2021.

However, many pundits have argued that his return to United has destabilised the club, and it will be interesting to see how that plays out over the coming months.

Moreno notched 30 goals in 42 appearances for Villarreal to demonstrate his status as one of the best finishers in Europe.

Wissam Ben Yedder’s 29 goals in 54 appearances were enough to secure tenth place on this list ahead of Andre Silva, Jonathan David and Ciro Immobile.

His goals helped Monaco mount a serious title challenge last term, and they are in the mix to finish in the top four this time around.