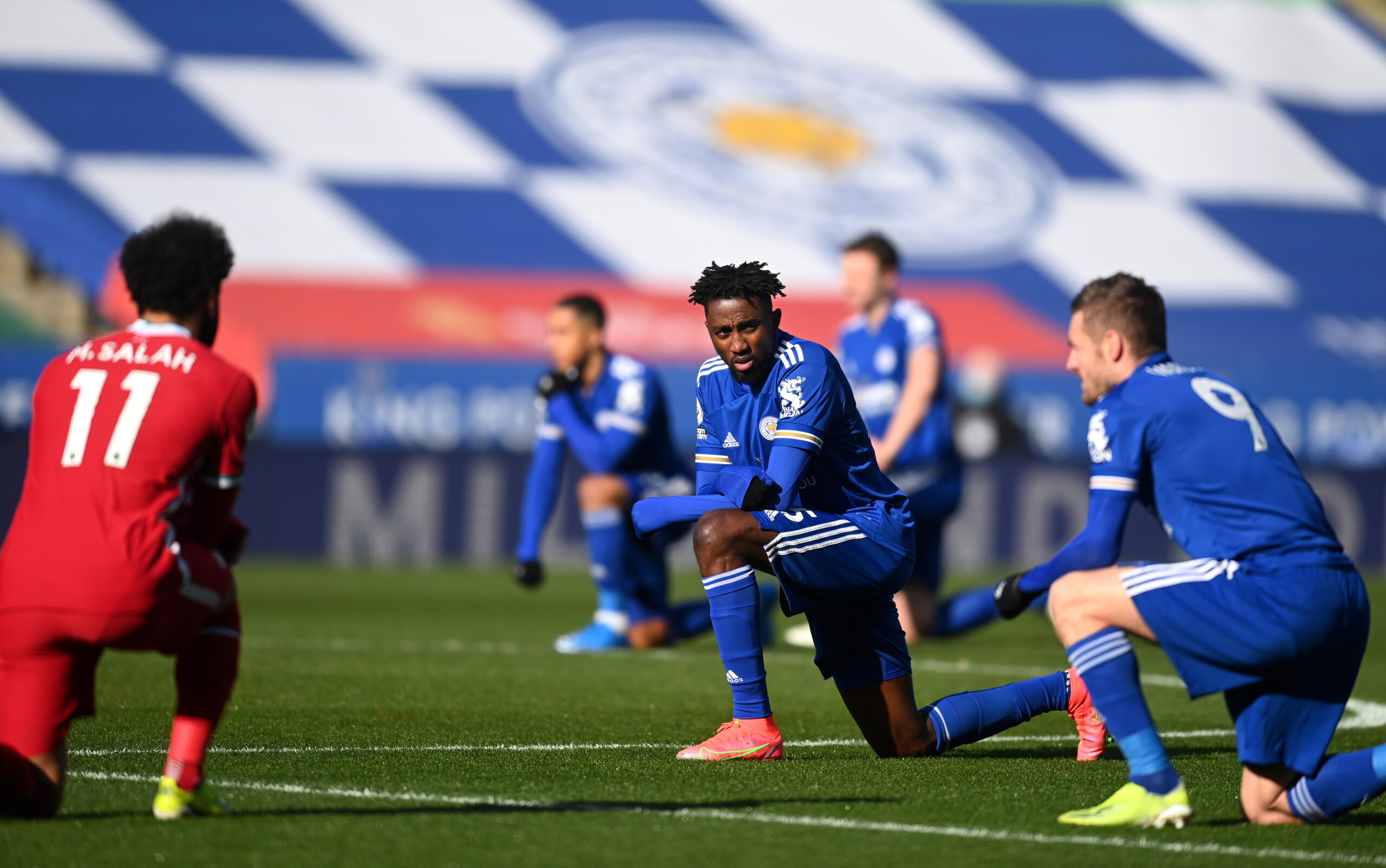 Reigning English champions Manchester City proved a tall order on Boxing Day as Brendan Rodgers’ side fell to an embarrassing 6-3 defeat at the Etihad Stadium.

The Foxes have now lost two of their last three Premier League fixtures (W1), sliding to 10th in the standings, with the coveted top-four finish already looking like a far-fetched dream.

Leicester are already 13 points below fourth-placed Arsenal, although they have two games in hand over the Gunners, which gives them a glimmer of hope that the Champions League places are within reach.

Meanwhile, Liverpool hit back twice to hold Tottenham Hotspur to a 2-2 draw in their most recent Premier League fixture before a COVID-19 outbreak in the Leeds United camp forced the postponement of their Boxing Day clash at Anfield.

The Reds head into proceedings unbeaten in seven league matches on the trot (W6, D1), as they sit six points behind pacesetters Man City, over whom they have a game in hand.

Amid growing COVID-19 induced concerns, Liverpool boss Jurgen Klopp will be glad to have his entire squad safe and sound for his side’s trip to the King Power Stadium.

Despite fielding an understrength team, Klopp led Liverpool to a hard-earned win over Leicester via penalties in last midweek’s Carabao Cup action as his side came from a 3-1 down to force the shoot-out.

However, the Foxes claimed a comprehensive 3-1 triumph in their most recent Premier League meetings with the Merseyside outfit back in February.

Another victory here would see Leicester win back-to-back league matches against the Reds for the first time in the 21st century, last managing that feat in April 1999.

Before succumbing to last season’s defeat at the King Power Stadium, Liverpool won three consecutive Premier League fixtures against Leicester on the road.

That, coupled with the visitors’ imperious domestic form, suggests Rodgers’ side will have to work their socks off to upset the odds on home turf.

Leicester can draw confidence from their solid record in the final league matches of a calendar year, having lost just two of their last ten such fixtures (W5, D3).

The Foxes have won back-to-back Premier League home games in the build-up to this showdown and could make it three top-flight home wins in a row for the first time since December 2019.

Despite their disappointing results of late, Rodgers’ men have been too hot to handle in front of goal, having scored 3+ goals in their last three competitive outings.

But Leicester’s leaky defence remains an issue, with the Midlanders conceding 63 goals across 39 Premier League matches in 2021 so far, their third-worst defensive record in a single calendar year this century.

As ever, all eyes will be on Jamie Vardy, who has netted nine Premier League goals this term to move to third in the division’s scoring charts.

Heading into the calendar year finale, Liverpool have put together four away games in all competitions without losing (W3, D1), netting 2.25 goals per match on average.

Since the abovementioned defeat at the King Power Stadium in February, Klopp’s men have only lost one of their last 16 Premier League outings away from home (W12, D3).

Confident of closing things out on a positive note, the Reds have gone unbeaten in their last seven final league fixtures of a calendar year (W6, D1) since losing 2-1 at Chelsea in 2013.

What’s more, Liverpool have bagged a league-high 28 Premier League goals on hostile turf this season, at least eight more than any other side in England’s top-flight.

Much of the visitors’ attacking movements will depend on Mohamed Salah, who tops the Premier League scoring leaderboard with 15 goals.

The Egyptian superstar will be keen to return to the scoresheet after drawing a blank in back-to-back Premier League appearances on the road.