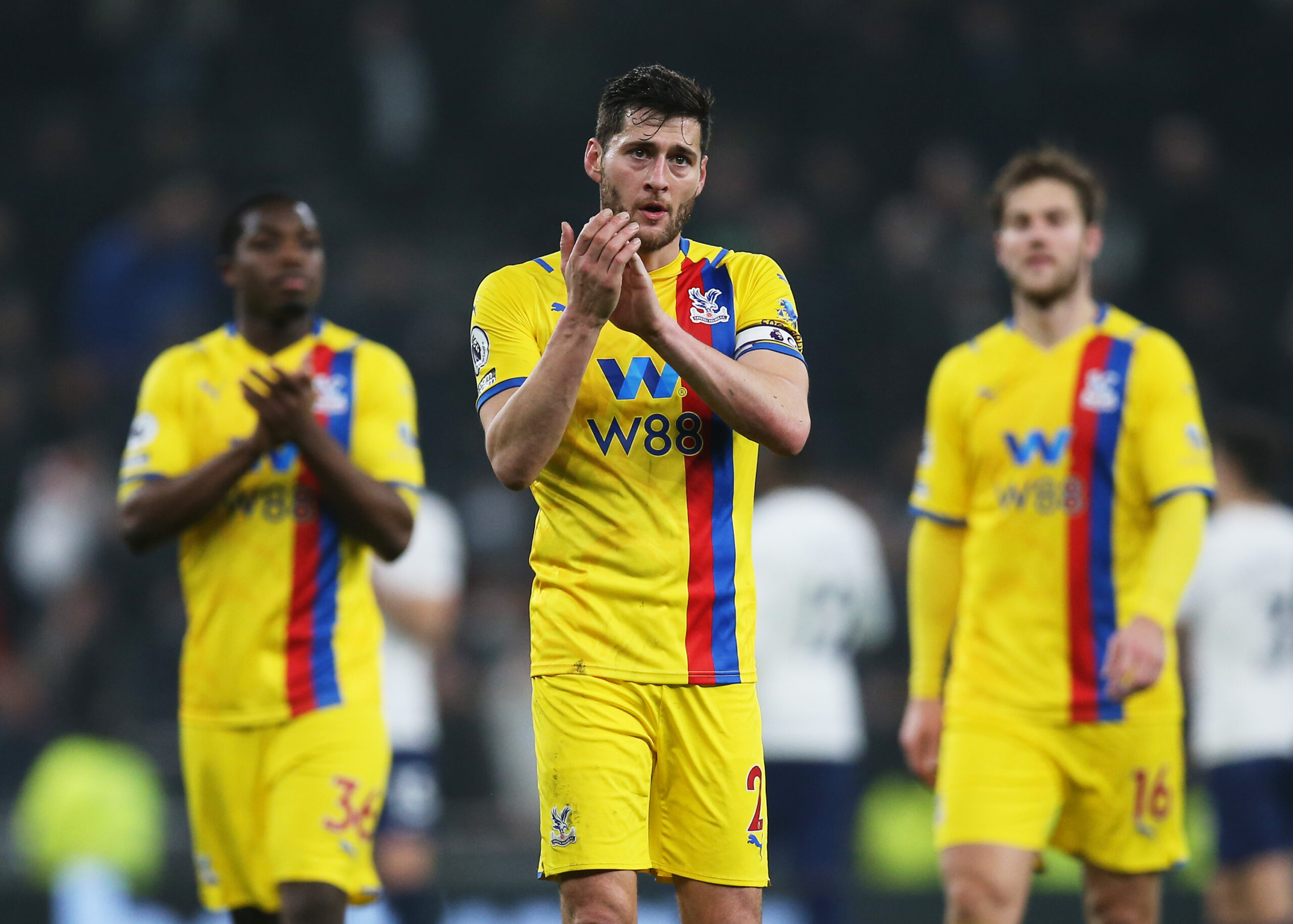 Crystal Palace will be looking to get their stuttering Premier League campaign back on the rails when they take on Norwich City at Selhurst Park on Tuesday.

Palace’s preparations for a dismal 3-0 defeat at Tottenham Hotspur on Boxing Day fell into disarray after several first-team players tested positive for COVID-19.

But it feels as if Patrick Vieira’s absence at the Tottenham Hotspur Stadium played a decisive role in the Eagles’ falling to an embarrassing loss.

The French manager won’t be in the dugout when Palace meet basement boys Norwich on home turf as they look to snap a run of consecutive Premier League matches without winning (D1, L1).

Adding to a long list of issues, assistant manager Osian Roberts will be without headline performer Wilfried Zaha who picked up a red card against Tottenham on Sunday.

Meanwhile, the Canaries succumbed to a humiliating 5-0 defeat to high-flying Arsenal at Carrow Road on Boxing Day, making it four Premier League reverses in a row.

Dean Smith’s men now sit three points adrift of safety, but it’s worth noting that 17th-placed Watford have two games in hand over them.

The ex-Aston Villa manager will be under pressure at Selhurst Park, especially considering his players have now failed to score in four top-flight outings on the trot.

Despite taking an early lead through Todd Cantwell in the reverse fixture at Carrow Road, Norwich were pegged back late as Connor Wickham’s 85th-minute equaliser gave Palace a 1-1 draw.

Although they are now winless in their last four Premier League meetings with Palace, the Canaries have at least brought a three-game losing H2H run to a halt.

Three victories from their last four Premier League H2Hs are as many as the Eagles returned from their previous 20 top-flight encounters against Norwich (D7, L10).

The Londoners haven’t lost any of their last 16 league matches at home against the Canaries in league football (W11, D5).

Following a run of successive 2-0 victories over Manchester City and Wolverhampton in late October/early November, Palace have only won one of their last seven Premier League outings (D2, L4).

Seeking maximum points in their last Premier League game in 2021, the Eagles will be looking to win their final league fixture of a calendar year for the first time since 2011 (D7, L2).

To complete that task, Vieira’s men will rely on their impressive home record versus newly-promoted sides lately, having lost just one of their last nine such contests (W5, D3) while keeping seven clean sheets in the process.

Adding to their confidence, Palace have found the back of the net in eight consecutive Premier League games at Selhurst Park since being held to a scoreless draw to Brentford in August.

Without their talisman Zaha, the hosts will turn to marquee summer signing Odsonne Edouard to shoulder the scoring burden.

Since notching up a late brace on his debut against Tottenham in September, the former Celtic striker has scored just once in his subsequent 14 Premier League appearances.

Coming into this matchday, Norwich remain the only Premier League side yet to smash a 10-goal barrier this season, having netted just eight goals after 18 league matches so far.

A lack of firepower has seen the Canaries score a mere three goals in eight Premier League away games, drawing a blank in six of their eight travels to date.

Since Smith took charge in November, the visitors have failed to get on the scoresheet in five of their seven Premier League outings as the pressure ramps up on the 50-year-old manager.

Desperate to extend his brief spell at Carrow Road, Smith will have to defy Norwich’s disastrous recent Premier League record in London.

They have only won one of their last 27 top-flight visits to the capital (D6, L20), courtesy of a 2-1 triumph at newly-promoted Brentford earlier this season.

Teemu Pukki, who has yet to score against Palace in his career, has been Norwich’s solitary goal-getter in the last 551 minutes of top-flight action.