3 most exciting games to watch out for on Tuesday 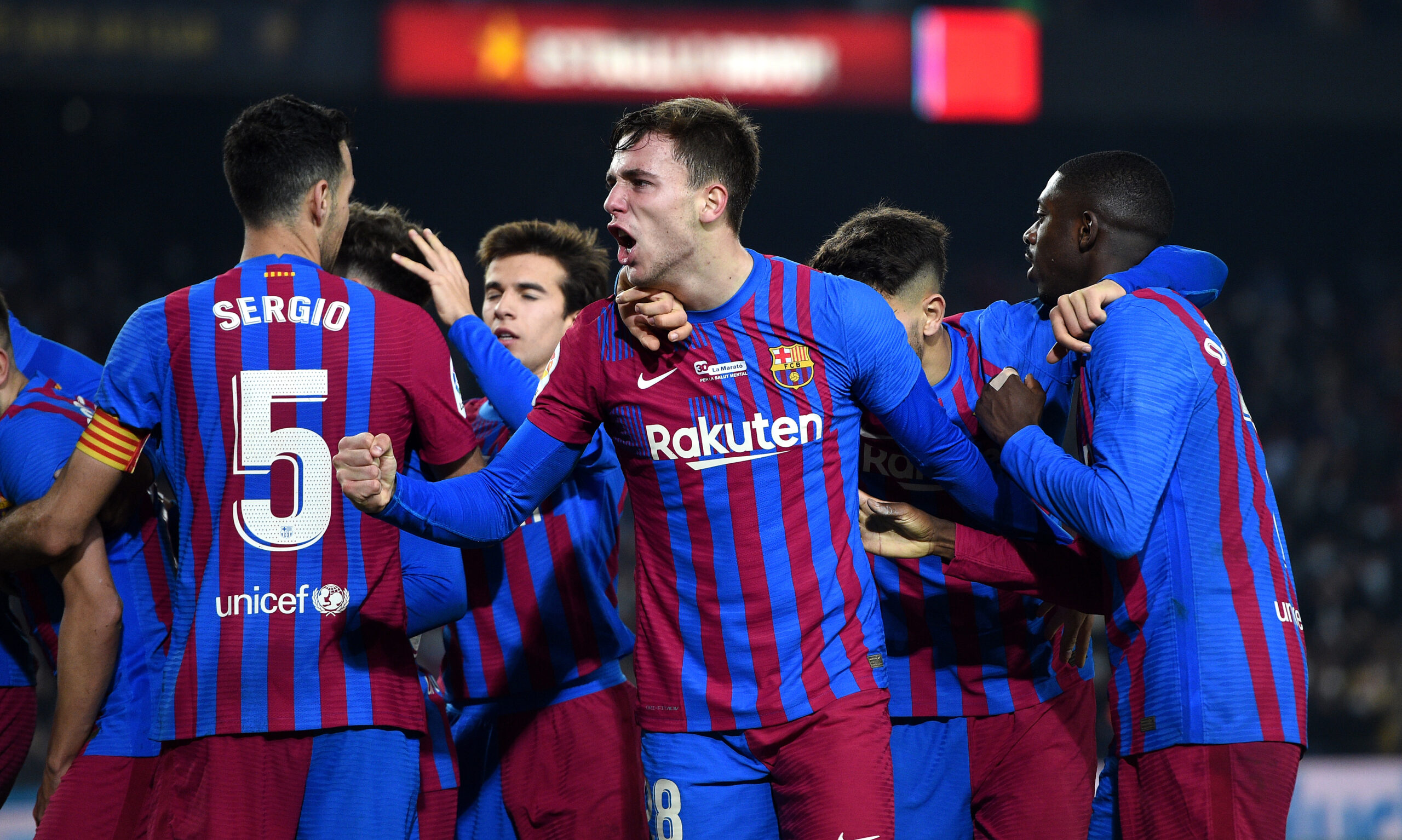 Bundesliga may have taken a back seat until 2022, but four of the remaining top-five European football leagues have yet to have their final say in 2021.

There will be plenty of top-flight action this midweek as La Liga, Ligue 1 and Serie A are gearing up for the final round of 2021 fixtures.

Let’s have a look at the three most exciting match-ups to watch out for on Tuesday.

Sevilla and Barcelona are set to square off in a heavyweight La Liga showdown at the Estadio Ramon Sanchez Pizjuan.

Both sides enjoyed a successful weekend.

Despite their most recent exploits, old foes will meet in contrasting circumstances.

Los Rojiblancos’ hopes of halting a 17-year three-side tenure in La Liga are very much alive as they sit just six points adrift of pacesetters Real Madrid, over whom they have a game in hand.

Much of Sevilla’s good deeds have come on home turf, where they’ve won all but one of their eight La Liga fixtures this season (D1), netting 2+ goals seven times in the process.

Meanwhile, new boss Xavi Hernandez faces an uphill task of guiding his beloved Barca back into the top-four race, with his side seeking only their second away league victory this term (D2, L4).

However, Barcelona can draw confidence from their solid record at the Ramon Sanchez Pizjuan this millennium (W11, D6, L3), with no other side inflicting more La Liga defeats on Sevilla in their own backyard than the Catalans in the 21st century.

Juventus vs Cagliari – Serie A

Juventus will be looking to stay on the upwards trajectory when they take on 19th-placed Cagliari at the Allianz Stadium in their last Serie A fixture in 2021.

Since succumbing to a narrow 1-0 loss to Atalanta in late November, the record-time Italian champions have racked up three 2-0 wins in their subsequent four Serie A games (D1).

Juve’s noticeable upturn in form has allowed them to whittle down the gap on fourth-placed Atalanta to six points and effectively return in contention for Champions League qualification.

Massimiliano Allegri’s men have struggled for consistency at home of late, alternating between winning and losing across their last five league matches at the Allianz Stadium (W3, L2).

Another successful round is well on the cards, as Juventus have defeated Cagliari in each of their last five top-flight meetings in Turin by an aggregate score of 16-1.

The Sardinians seem to be sinking without a trace after picking up just one win from their 17 Serie A fixtures this term (D7, L10) and scoring a league second-low 17 goals so far.

Under the stewardship of under-pressure boss Walter Mazzarri, Cagliari have drawn a blank in five of their seven top-flight travels (D3, L4), while they are also the only Serie A side yet to win away from home this season (D3, L5).

Genoa vs Atalanta – Serie A

Stadio Luigi Ferraris is the venue as 18th-placed Genoa welcome title contenders Atalanta in an exciting Serie A match-up.

Although this may not be an eye-catching fixture at first glance, much will be on the line for both sides in this high-stake affair.

Since taking charge of Genoa in the wake of November’s international break, new manager Andriy Shevchenko has gone winless in all six Serie A matches in the dugout (D1, L5).

After seeing his side draw a blank in his first league games in charge, the Ukrainian has suffered back-to-back 3-1 defeats to Sampdoria and Lazio as his future at Ferraris already hangs by a thread.

With just one Serie A win to their name this season, Genoa will be glad to wave goodbye to this calendar year, hoping for a clean slate in 2022.

Atalanta’s pursuit of their first-ever Serie A crown suffered a heartbreaking setback at the weekend as they suffered a 4-1 home loss to Roma.

Before falling to a crushing defeat in Bergamo, Gian Piero Gasperini’s team enjoyed a stellar ten-game unbeaten run in Serie A (W8, D2).

La Dea will be keen to launch a new winning streak as they aim to maintain a six-point deficit on league-toppers Inter Milan at the very least.