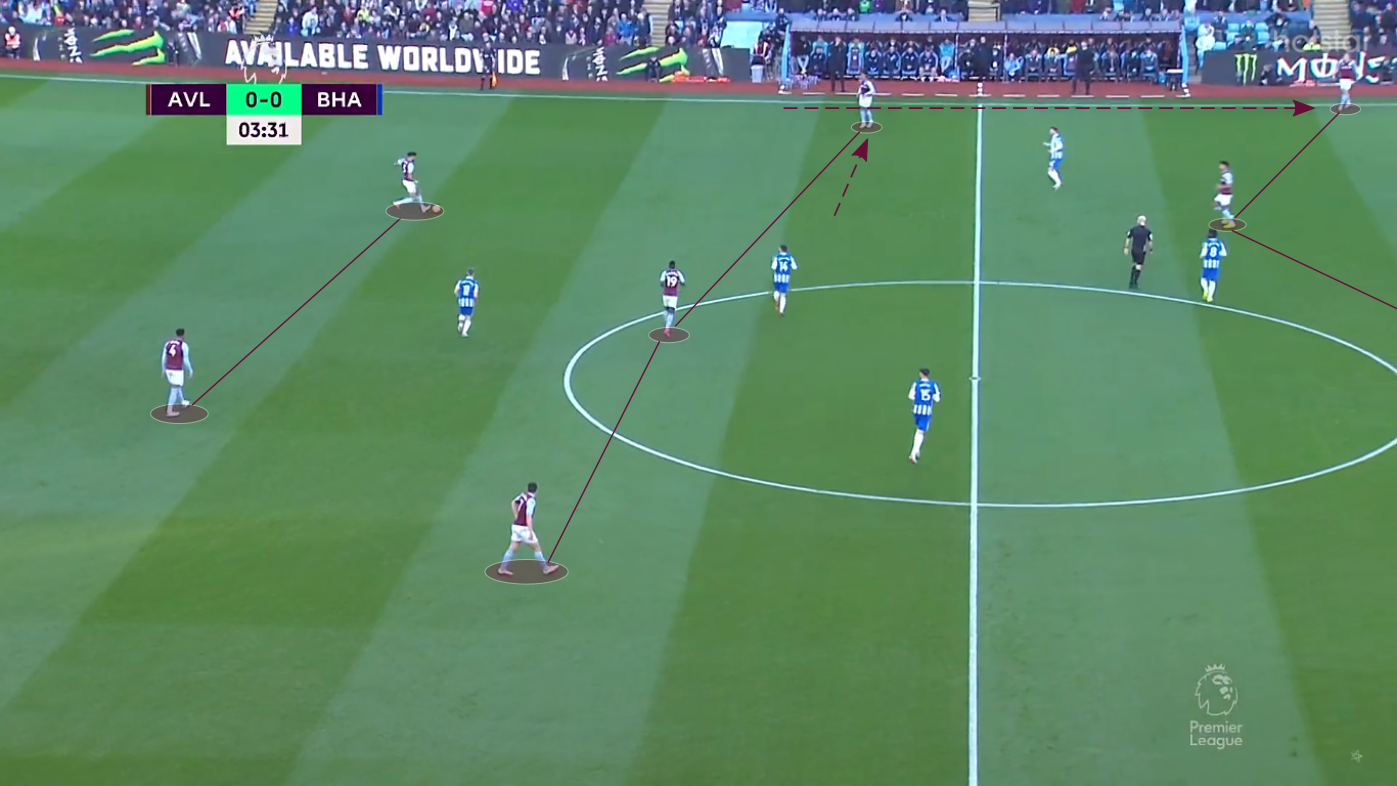 2,401 days since his last appearance as a player at Anfield, Steven Gerrard returned to his hallowed turf, but there was a big difference this time.

Not only was he a manager now, but for the first time, he was sitting in the away dugout and trying to prevent a Liverpool victory.

Although he ultimately failed to do that, his Aston Villa side left many impressed with their discipline as they frustrated Liverpool for over an hour and only lost by a single goal.

That was just Gerrard’s second loss in his first five matches at the club (both against the top two sides in the league) in spite of them languishing in 16th when he took over.

The ex-Rangers manager has done a splendid job so far in England, so let us see how he has chosen to set up his Villa side.

The biggest problem for Aston Villa under Smith this season was that their defence was terribly leaky.

When he was sacked, only Newcastle United and Norwich City had conceded more goals than his side, and they had only been able to restrict their opponents to a tally of less than 1.0xG on two out of 11 occasions.

This was the first issue that Gerrard had to address, and he had a solution from the very first match.

The ex-Liverpool under-18s manager set his side up to defend in a very narrow and compact 4-3-3 mid-block, focusing on forcing the opposition to play out wide and staying very compact in the central areas.

The wingers solely focus on closing down passing lanes into the middle of the park, which is why the wide midfielders are asked to move out to the wings to arrest the advances of opposition wing-backs…

With such a focus on staying centrally compact, Villa usually do not press their opponents high up the pitch, typically not crossing the edge of the attacking third out of possession.

Even when they do defend in the opposition’s half, their only objective is to use the front three to block any passing options into midfield both by cover-shadowing and man-marking.

This is why their defensive actions heatmap is concentrated heavily on the wings, and there is almost a hole close to the centre circle.

Although the Villans have only kept one clean sheet under Gerrard so far, their underlying numbers have improved drastically as they have managed to restrict all but two opponents (Leicester City and Liverpool) to less than 1.0xG in their five matches, having already faced the top two sides in the league.

Smith also had trouble getting his team going in possession this season after losing star man Jack Grealish to Manchester City, as he failed to move on from a structure in possession that relied heavily on the 26-year-old Englishman. Gerrard has also started to work on that.

In possession, Gerrard sets his team up in a basic 2-3-5 structure, with the wingers tucking into the half-space and the full-backs pushing up.

While building up in and around their box, the goalkeeper gets involved by simply splitting the centre-backs.

There is a slight issue in asking the full-backs to push so far high up in possession as this leaves no simple wide passing options in the first phase of the build-ups. Gerrard and his staff have two solutions for this:

The first is the obvious one — ask the full-backs to not cross the midfield line.

This negates the benefits of pushing the full-backs up, though, which is why it is rarely used. More commonly, the wide midfielders move out to the wings and offer passing options when the ball is on their side.

As you can also see in the above image, the wingers often drop deep to offer themselves as progressive passing options.

That is why most of their progressive pass reception points in the attacking half outside the box are in the half-spaces.

John McGinn has comfortably been the most important ball-progressor for Villa so far as he has put up the highest xT (Expected Threat) numbers under Gerrard.

He is adept at both passing and carrying the ball forward from the right side.

After sustained possession in the final third, their five-man front line stays high with the front three getting in the box and the full-backs either on the edge of it out wide or just outside it, while the wide midfielders operate behind them in the wings. This is why McGinn’s touchmap in the final third shows a heavy presence out wide beyond the 18-yard line.

This also means that Marvelous Nakamba (the defensive midfielder) has a big job to do in stopping counterattacks if the wide midfielders are caught out in such areas, and he has stepped up to the job marvellously (as his name might suggest) with an average of about 5.6 tackles and interceptions per 90 in the last five matches.

However, if the Zimbabwean international is bypassed, his side are in big trouble. This was highlighted by Manchester City, who scored one of the best counterattacking goals in recent history by getting forward quickly down the right.

On the flip-side, the Villans do pose a counterattacking threat themselves as their narrow defensive shape allows for the ball to be played forward quickly.

Villa still have work to do in the final phase, though, as creating quality chances has been quite difficult for Gerrard’s side.

Although they have only drawn a blank once so far, they are overperforming their xG by 2.8 already, which indicates an unsustainable goal-scoring rate after just five games.

Their shot map shows that they are taking far too many shots from poor locations (the sides of the box and outside the box), so the goals will inevitably dry up soon unless they start getting better scoring opportunities.

Overall, it has to be said that there are very encouraging signs for Villa so far. They have faced all sorts of opponents so far and done an admirable job every time, whether at restricting world-class opposition to as few chances and goals as possible by keeping a solid defensive structure or breaking down similar opposition defences.

Relegation was becoming a bit of a concern for Aston Villa towards the end of Smith’s tenure, but Gerrard’s arrival has to have alleviated them.

They are now looking set for a decent mid-table finish at least, and the top half is certainly not out of reach.

Stats courtesy StatsBomb via Fbref and Opta via Vizz App.