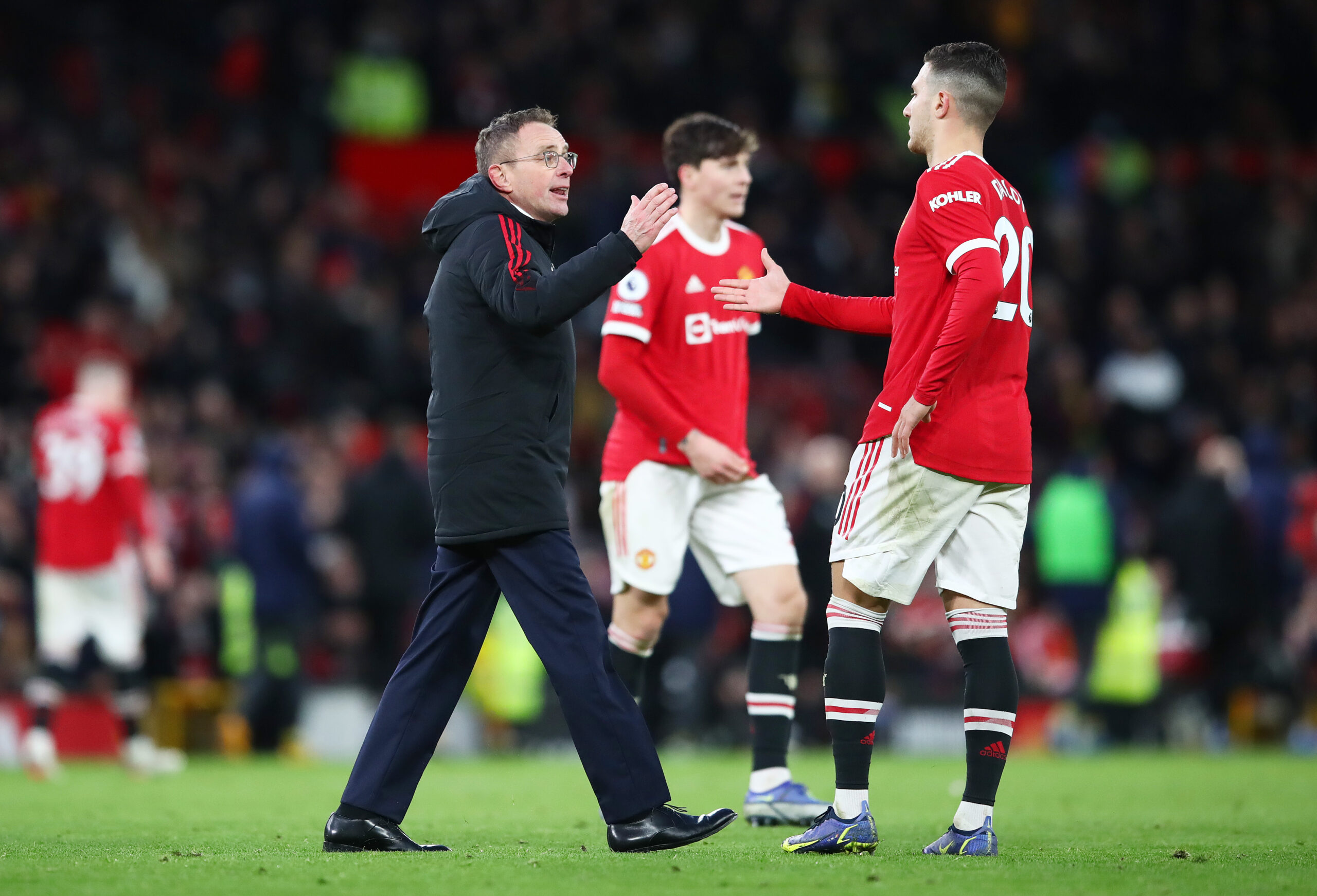 Sunday was a good day for a couple of the Premier League’s underachievers, with Manchester United and Tottenham Hotspur recording victories.

United’s 1-0 home win against Crystal Palace moved them up to sixth in the table and within touching distance of the top four.

Ralf Rangnick’s influence on the team was clear, and one particular player could thrive under the interim manager during the rest of the season.

Diogo Dalot was impressive at right-back against Arsenal in midweek and continued in the same vein at Old Trafford on Sunday.

The 22-year-old is undoubtedly a clear upgrade on Aaron Wan-Bissaka, outshining the £50 million man in every aspect of the game.

Dalot is solid defensively, comfortable in possession and good going forward, making him ideal for Rangnick’s style of play.

If the Portugal international continues his excellent form, Wan-Bissaka will have to get used to sitting on his backside over the next few months.

Everton fans demanded change after their recent defeat against Liverpool, and they have got their wish with Marcel Brands leaving the club.

The director of football had to accept some of the responsibility for the club’s current situation, although there are plenty of others who need to take a good look at themselves.

His decision to leave suggests manager Rafa Benitez has won an internal power struggle, and the pressure is now firmly on the Spaniard to deliver.

Given the turgid nature of his style of football, it may well transpire that the axe has fallen on the wrong individual.

Most Everton fans didn’t want Benitez as the club’s manager. If they concede an early goal this evening, the anger towards him could reach fever pitch.

If you must have an interest in this evening’s games, backing under 2.5 goals in the Everton vs Arsenal game at 8/11 could pay dividends.