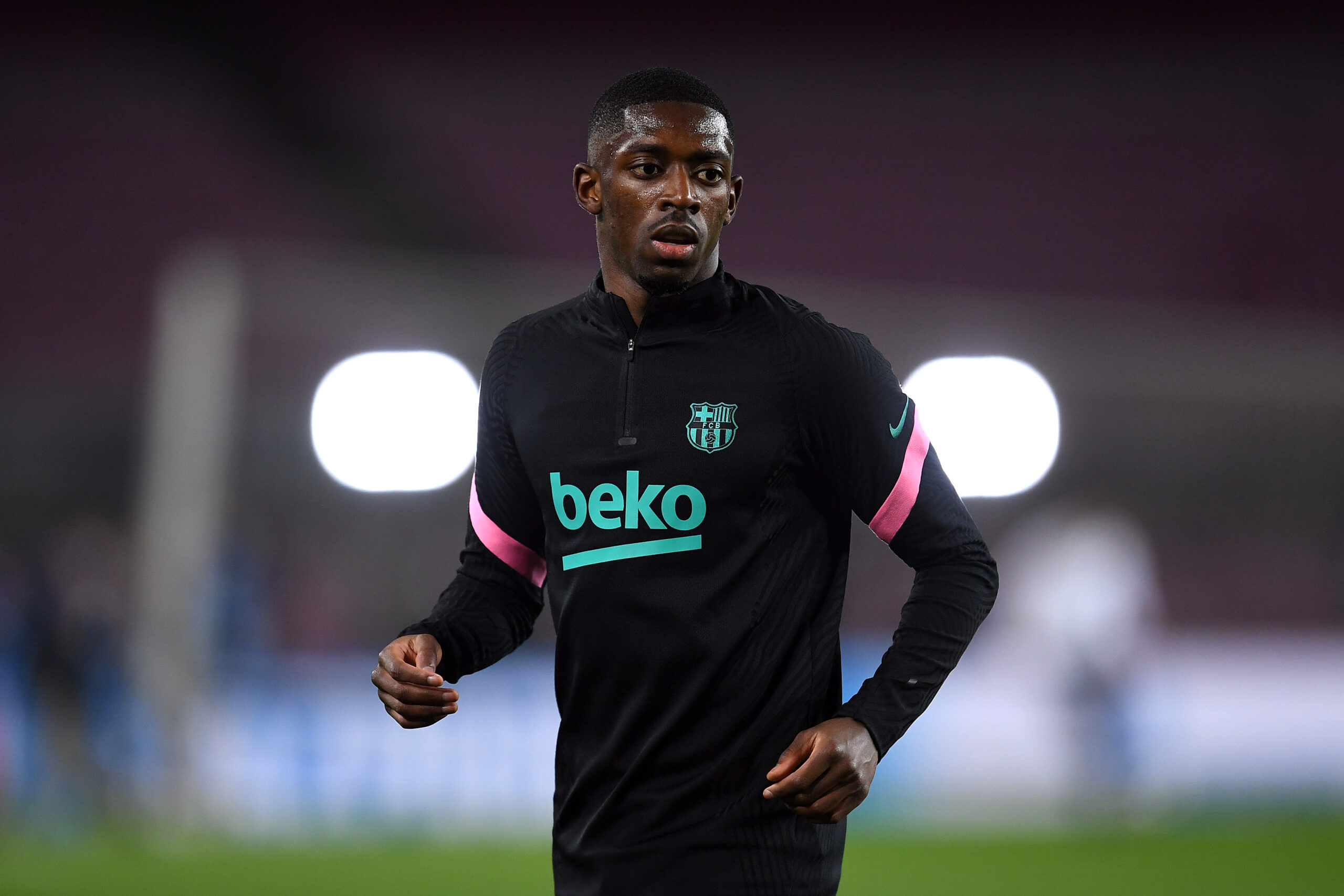 The January transfer window is fast approaching, and plenty of clubs will be in the market to strengthen for the second half of the season.

Several players are in the final year of their contracts. Once the new year begins, they will be free to negotiate with other teams on a pre-contract deal in the summer.

But their current clubs may prefer to sell them in January to get a fee for them. Here are ten players that could be picked up by Premier League clubs this January.

The Frenchman has hardly had a kick this season, having missed the first few months with an injury. But even when fit, he may struggle for regular minutes on the pitch due to his contract situation.

Given Barcelona’s financial state, they can’t afford to lose valuable players for free. In addition, Dembele will need consistent game time if he wants to break into France’s starting XI for the World Cup. A transfer in January would be best for both parties.

The 24-year-old can be a frustrating player, often showing flashes of brilliance but lacking the consistency to be a top-level player. Nonetheless, he is a frightening player at his best and could be a useful asset to any team.

Insigne has spent his entire career at Napoli, making over 400 appearances, scoring over 100 goals, and winning two Coppa Italia titles. However, that era might be coming to an end, with his contract dispute still yet to be settled.

It is reported that the winger is asking for €7 million per year – roughly £120k-a-week. This is a lot, especially in a post-COVID-19 market, but finding a better winger for a lower salary will be a difficult task.

The Italian has been linked with a move to the MLS. Surely he’d be more tempted by a move to the Premier League if the option came about.

Over the last four-and-a-half seasons, Kessie has established himself as one of the finest midfielders in Serie A. He has made 200 appearances for AC Milan, scoring 32 goals in all competitions.

It will come as a blow if the Ivorian departs on a free transfer at the end of the season. The Rossoneri may want to find a buyer in January while he still has some value.

Tottenham Hotspur boss Antonio Conte is reportedly keen on a move for the midfielder.

Competition for places in Bayern Munich’s midfield is high, with the likes of Joshua Kimmich, Thomas Muller, Leon Goretzka, Jamal Musiala and Marcel Sabitzer all competing with Tolisso for time on the pitch.

As a result, the Frenchman might be better off looking elsewhere for game time.

At 27, Tolisso has an impressive CV. He has four Bundesliga titles to his name, a Champions League and a World Cup. He could be a welcome addition to any side.

From one Bayern Munich player to another, as Sule joins the list. The German is still a regular for the Bavarians, making 13 starts out of a possible 20. The club will probably want to keep him around.

However, the centre-back reportedly desires a move to England. In September, reports emerged of contact between his agent and several Premier League sides, including Manchester United, Chelsea, and Tottenham Hotspur.

Having been at the club for six-and-a-half years, Belotti looks certain to leave Torino in 2022, having refused a new deal.

The 27-year-old has been a fine player for the Turin side, scoring over 100 goals for the club in all competitions.

Furthermore, he has won 41 caps for Italy and was part of the squad that won the European Championships last summer.

Kamara is the youngest player on this list, aged just 22. The Marseille man has made 48 appearances for France’s youth teams but is yet to make his senior international debut.

One thing that he offers is versatility. He primarily plays as a central midfielder but has also lined up as a centre-back.

Any Premier League clubs interested in Kamara will need to move quickly. Barcelona and Bayern Munich are among the clubs reportedly interested in the Frenchman.

Borussia Monchengladbach will be reluctant to lose one of their best players on a free transfer, so they may look to offload the Swiss midfielder next month.

He plays as a defensive midfielder and has made over 100 Bundesliga appearances despite injury problems.

Zakaria has been linked with a transfer to Manchester City in the past as a long-term replacement for Fernandinho. Pep Guardiola’s men may be back in for the midfielder soon.

Any clubs looking for a new goalkeeper should have their eye on Onana. The Cameroonian is relatively young, has Champions League experience, is good with his feet, and could be available for a cut-price fee this January.

Before they brought in Edouard Mendy, Onana was linked with a transfer to Chelsea. Inter Milan have been strongly touted for a swoop, while Arsenal and Tottenham have also been mentioned as possible suitors.

Isco has become a somewhat forgotten man in the world of football. Once considered one of the game’s finest playmakers, he has made just ten league starts since the beginning of last season.

He’s been around a while, but the Spain international is still only 29. He could offer a few years of good service to any club if they’re willing to take a gamble on him.