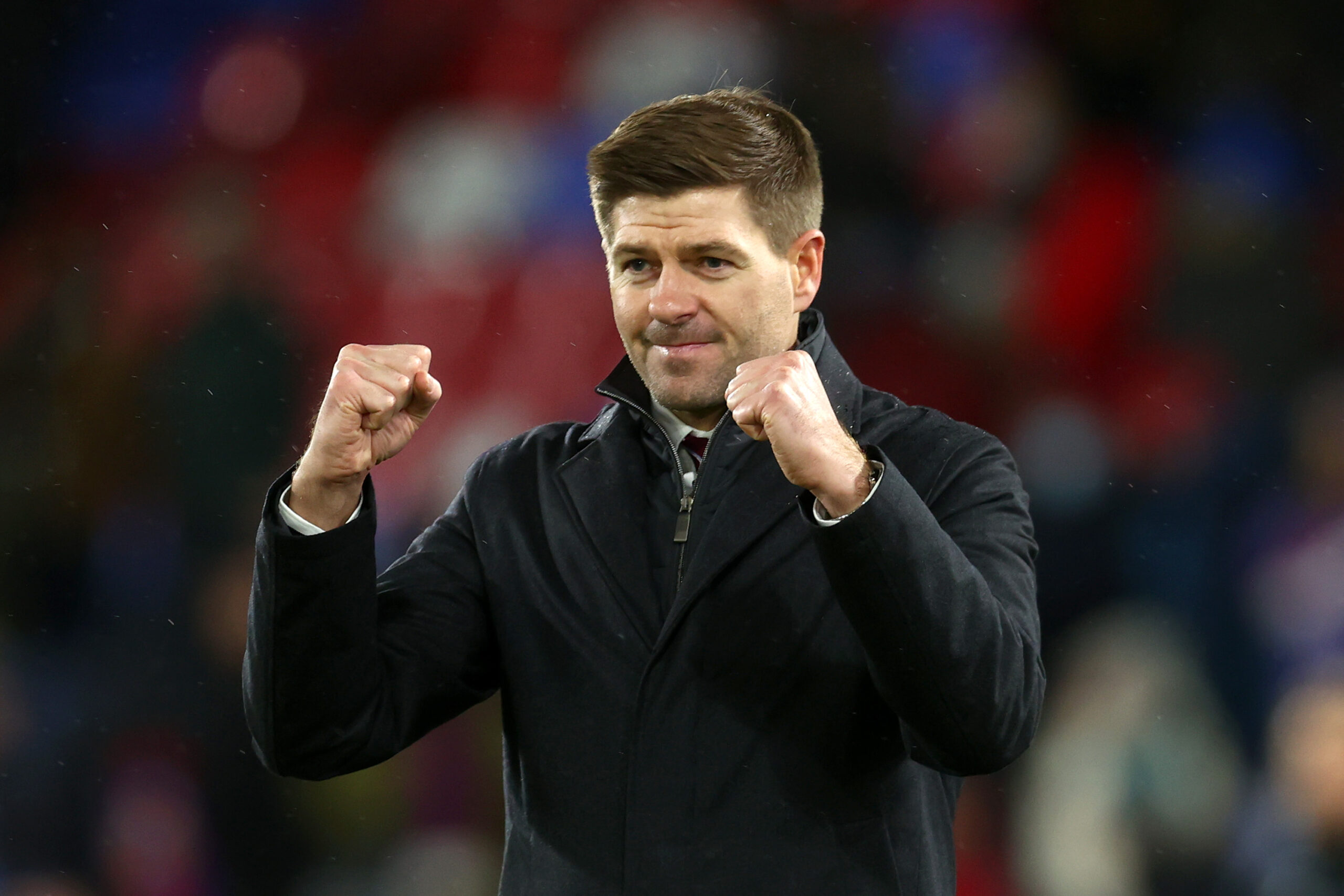 Gerrard has got his managerial tenure at Villa Park off to a flying start, beating the likes of Brighton & Hove Albion and Crystal Palace in his inaugural two Premier League matches.

Having already equalled John Gregory’s 1998 record of winning his first two top-flight games as the Lions head coach, the former midfielder now aims for a piece of history.

However, it would require the ex-Liverpool hero to take one of the biggest scalps in English football, as high-flying Man City arrive in Birmingham in high spirits.

A lacklustre 2-0 home defeat to Crystal Palace back in late October was a wake-up call for the defending Premier League champions, who have since won five matches on the trot.

Ilkay Gundogan and Fernandinho were on the scoresheet in the midst of a blizzard as City defeated West Ham United 2-1 at the Etihad Stadium over the weekend.

Despite making it ten victories in 11 Premier League meetings with the Hammers under Pep Guardiola’s reign, Manuel Lanzini hitting a late belter remains an absolute highlight of Sunday’s encounter between the high flyers.

Villa’s recent Premier League record against City reads disastrously for the Midlanders, who have lost 12 of their last 14 top-flight H2Hs (W1, D1), conceding an average of 2.8 goals in that run.

Bringing other competitions into the equation, the Cityzens have outplayed Villa in ten of their last 11 H2H duels (D1) since falling to a 3-2 defeat at Villa Park in September 2013.

City have registered a league double over the Lions in the last two seasons, scoring 13 goals while conceding just two in return across those four meetings.

Despite keeping a clean sheet in 50% of their Premier League home matches this season, Villa have delivered a mixed bag of performances across their opening six league outings at Villa Park (W3, D1, L2).

Villa’s defensive prowess will be on the line against a rampant City side they have conceded 39 goals against across their last 14 Premier League clashes.

Midweek Premier League fixtures were not the Lions’ strong suit last season, as they lamented a measly 12.5% win ratio across their eight such contests in 2020/21.

Having registered a clear majority (77.78%) of their league goals scored this season in the second half of play (14/18), Gerrard’s men seem to be playing with their fans’ nerves week in, week out.

Indeed, since the now ex-Rangers manager arrived at the helm, three of Villa’s four Premier League goals have come inside the final ten minutes of play.

John McGinn, who scored a late screamer in a 2-1 win over Palace last weekend, penetrated City’s backline only 20 seconds into their most recent Premier League match at Villa Park.

Now winners in their last three Premier League outings, City are ramping up the heat on top-placed Chelsea, reducing the gap to a single point in the process.

In doing so, Guardiola’s men made light work of Manchester United and Everton before edging past West Ham at the weekend.

Unlike their hosts, the Cityzens have been nothing short of outstanding in their recent midweek Premier League affairs, having won their last 15 top-flight matches played on Wednesday.

The reigning English champions must be brimming with confidence after going unbeaten in five league travels (W4, D1) since a 1-0 loss at Tottenham on the opening matchday.

Man City have scored 2+ goals in their last three Premier League away fixtures, with the prodigious homegrown forward Phil Foden directly involved in 50% of their goals scored in that period.

However, the England international could be unavailable to injury.

Fantasy Premier League enthusiasts may want to consider including Ilkay Gundogan in their line-ups, with the German midfield dynamo scoring in two of his four Premier League appearances against Villa.